I miss my Fender. I want another one. I sold my SuperSonic because after I got the Dr Z Maz 38, there was nothing the drive channel did that the Dr Z didn’t do much better. But then I started missing the distinct Fender-like clean channel. The Supersonic is modeled on the Deluxe, but I’ve had a chance to noodle on some Princetons recently and they sounded amazing.

Out of the Deluxe, Twin, Super, Princeton, and Bassman, which have you guys most loved in the past?

I have the 100 watt SuperSonic head. Love that amp. Out of that list, I tend to prefer the Deluxe and the Bassman. The Twin is obviously a standard, but they are just too thin sounding for my taste. I’m pretty sure I’m in the minority though. lol

The Twin is obviously a standard, but they are just too thin sounding for my taste.

Out of that list, I tend to prefer the Deluxe and the Bassman.

I think the Supersonic is one of the most versatile amps Fender has ever made. Some people scoff at it because its not an original pre 60’s tweed, but I never cared. The only reason I sold it was because side by side with a deluxe, the clean side lacked punch. But it just occurred to me that a 100 w version might go head to head. Ever listened to the clean side next to a deluxe reissue?

I haven’t, but I will! I have a friend that has a deluxe. I’ll try it out!

Fender Super, that’s the one with 4 tens right? Wow it’s been a while since I had one. That takes me back! I used to use it as a PA, eek! Fender Twin, thought mine was great but my band buddies talked me into getting a Peavey solid state. Now I have a 40 watt Vox that meets most of my needs.

Fender Super, that’s the one with 4 tens right?

I used a Bassman combo for 11 years until it gave up the ghost… a great compact amp it was too!

I used a Bassman combo for 11 years until it gave up the ghost… a great compact amp it was too!

I was debating baseman because the mid-highs on twins at high volumes are just brutal. A bassman has a few quick easy mods that can get it closer to the pre 60’s territory. Those things are still obnoxiously loud, but I think that comes with the territory. Did you have trouble keeping the volume on yours under control?

Bought it in '97 for $1100, played and gigged with it constantly up until I sold it in 2005 for $950. I kept it in great condition (below is a picture of it just prior to when I sold it) , but I think that it held it’s value exceptionally well. I enjoyed it’s sound too - particularly the midrange timbre - although I could never really get a nice tight low end with it, even when paired with my Marshall cab. 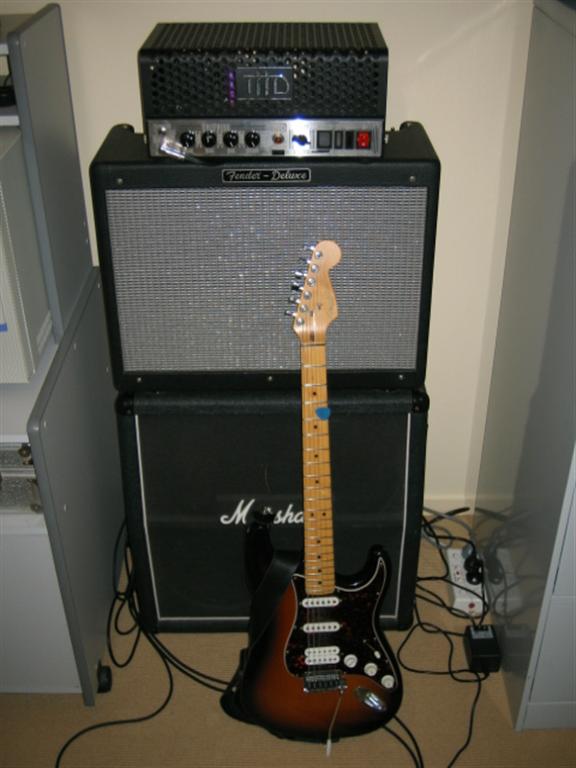 What did you replace it with? Or did you just not need a Fender in general?

I love the Scuffham stuff, but I get bored with it

I also can’t gig with it for obvious reasons lol. I really appreciate the Scuffham stuff for what it is, but you have to admit a mic on an amp sounds different. Not necessarily better, but certainly different.

Glad you posted this. I have a Fender twin that I played in our band in the early 70’s. I have just decided to rework it. Miss that sound. Thanks

Miss that sound. Thanks

When I was in middle school, no one wanted a Fender amp because ‘those were for old people’.

What did you replace it with? Or did you just not need a Fender in general?

This - Fender-ish is fine, but I also like some Voxy flavours… 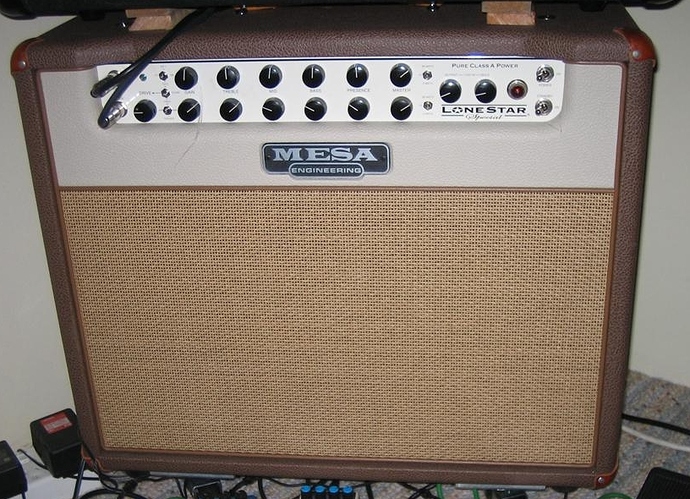 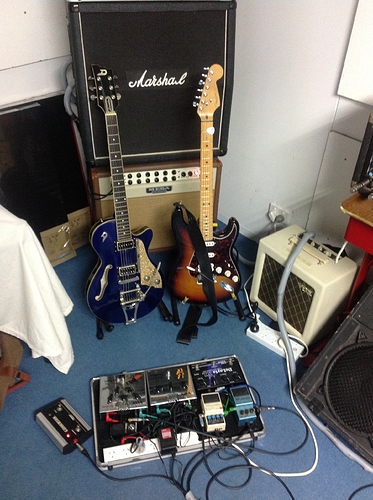 This - Fender-ish is fine, but I also like some Voxy flavours…

I’ve always liked those LoneStars. The ones I’ve played had a clear but bitey jangle (great for country music) but did have much more of a vox vibe than a fender vibe. The LoneStar seemed clearer and more focused than a vox though. To my ears, the Vox amps always seemed to be a little messy (though sometimes you want that).

Great choice though, I would have taken the LoneStar over a hotrod in a heartbeat.

I have a line 6 modeling amp now. I never use it. Piece of crap. Don’t know what I was thinking. going back to the fender tubes and some good pedals.

Ha Ha, I totally relate. Fender always leaves me wanting more yet I’m a suck for the picture of a stock vintage fender axe.

Haha! I had a Line 6 Vetta when I was a kid. That was before I knew what I was doing lol.

Interesting you mention that. The Fender tone itself isn’t the problem for me. They amazing in Blues, Country, Southern Gospel, and Jazz/Swing. You can make the Fender Princeton work in a retro-rock environment, but an Ac15 or an Orange amp can be just as good or better. So highly versatile for some styles, but highly NOT versatile for anything else. Its the lack of versatility that leaves me wanting.

The Supersonic is modeled on the Deluxe, but I’ve had a chance to noodle on some Princetons recently and they sounded amazing.

About 15 years ago I had to rent an amp for a gig I was playing because my Marshall amp had a problem and needed to be repaired. So I rented a 2 channel Fender Princeton. I loved the clean channel. It was awesome! Way better than my Marshall’s clean channel…but the only problem was that the overdrive channel was too weak for my liking, and because 85% of the music I play requires distortion/ overdrive it wasn’t an amp I considered buying back then. I would have loved to have that Fender Princeton clean channel on the same amp together with my Marshall overdrive channel…Damn, that clean sound was sparkling and just…beautiful.