Hey everyone. I started this song last night and I am struggling with how to make this vocal work. Does anyone have any suggestions on vocal effects or processing? Many thanks.

If anything, I believe you could make the vocal more prominent. Compression might help. I heard some ambience (reverb) so I think you’re on track. It’s a very pretty piano melody and vocal. The vocal overall is nice, I think I heard a few pitchy parts but mostly good. Quite breathy, and compression might accentuate that, but why not double down and emphasize the vocal intimacy? It’s worked for lots of others. Draw us into that story and make an impact that won’t be diminished.

The vocal sounds very good in terms of timbre and tone, so I wouldn’t suggest many changes in terms of eq. Mainly it just needs some dynamic control, either by using compression as Stan suggested above, or by using some automation… ultimately, it probably needs both to really sit well in the mix. I usually use multiple compressors in series, as well as automation on vocals.

Is panning it to the right channel a deliberate choice? I would definitely suggest centre panning. I’d also love to hear some ethereal type reverb, but set way back behind the vocal to keep the vocal nice and intimate.

Valhalla has a free reverb/delay plugin called “Supermassive” (which you can find here). I used it recently on a mix that I wanted to get some ethereal atmospheres happening in, and it was perfect.

Whatever reverbs you use, try using a long pre-delay time (100ms +) on them, and cut the low end and the top end from the reverb to keep them really far behind the vocal.

If you’re after even more specific direction, you could even try posting the vocals and the music as separate files, and give some here a go at trying some processing on the vocals, to see what they come up with.

Is panning it to the right channel a deliberate choice?

Thank you for the feedback and compliment. The panning is not intentional. I am using a UA Apollo and I can only use the verb on one on side. If I try to add it to both left and right side it tells me that I am having DSP issues. So with one side having the verb on it, it squashes the signal and I can’t figure out how to adjust the level up on the verb side and the dry down. So I panned it to based on how much verb and how much dry to mix. So one side is dryer and one side is verbier. Basically, it’s because I don’t know how to use the Apollo. When I was trying to figure it out along with some yt videos, i lost sound and I couldn’t figure out how to get it back for a few days. So once I got the sound back ive become afraid of touching anything.

I had all kinds of verb on the vocals and it just sounded like i was polishing a turd. I feel like kermit the frog trying to sing a U2 song. I thought I needed some big guns effects but maybe Stan is right, just go with the kermy thing and milk it. There is just a pinch of verb on the verse vocals and more on the chorus. I like the direction with the 100ms and am pretty excited to check out supermassive and see what i can do there. I think I got discouraged with the vocals and I thought if I put in on here and no one comments, then just let it go and move on to something else.

That is a great idea, I think I would if I get to where some time goes by and am more comfortable with it. I have to sing a final version and get the pitch right, as Stan mentions.

If anything, I believe you could make the vocal more prominent.

Hey Stan, thanks for the comment. I am going to try that. The first verse is breathy and more relaxed. As the hour went on, I tried more to get it clear and more “rock and roll”. I got lost in it and looking at it today, I should of just stayed with the original style. It’s just out of my range but I love the music and I think I am trying to hard to “fit” my voice into it really. I want to ride on the ride, but I am about 3 inches below the line on the pole.

This is really lovely. I will just second what Andrew said. There is not much to do but to get it front and center.

Ooh this is lovely… an ethereal sense to it and poetic, I really like it.
I’m not best placed to listen acutely at the moment - struggling with some hearing issues - but some great suggestions above. My go-to would be adding parallel compression on the vocal, to give it a little more presence, and definitely raise its volume in the mix. (happy to talk you through my parallel technique if you are unfamiliar with the process). I love playing with reverbs, for me, heaps of fun to be had. Sometimes I copy and paste echo tracks and just plonk them for fun to see how it sounds, random can sometimes work really well.

I couldn’t resist doubling the vocal track and playing with time-shifting it to give some trailing/spiraling echo effects as the song develops… panning a quieter echo, ooh with delays too… love that stuff… just subtle but great creative fun.
You have a lovely sound, I’d like to hear more of it!

Very nice song James! And I think the vocals are really quite good. They can use some dynamic treatment as well as some automation on the softer parts. I would go along with Andrews suggestions for the vocal treatment (just a bit will be enough I guess). Or you could go wild and follow Emma’s ideas… As long as it doesn’t distract the listener from the song.
I can’t help you with your Apollo problems, but it does sound like you need to get that sorted out

Thank you Emma. What you said means a lot and thank you as well for offering your double secret formula for parallel compression. I am only a little familiar so I just might ring you up.

I can’t help you with your Apollo problems, but it does sound like you need to get that sorted out

Thank you Aef. I am just never going to be that techy guy. It all goes over my head. I will get it down one day. I love everyone who helps and I slowly go through it and learn but tech is not my strong point. 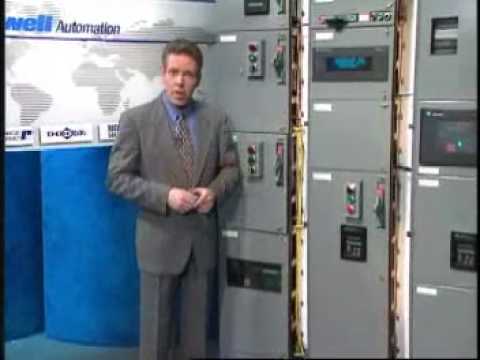 Very beautiful song indeed! I have nothing else to add to the excellent advice you’ve already got.

Yeah, same. Genuinely moving piece of music, you should be proud. And your voice is perfect for it.

Something I quite like trying when there’s space for it is a variation on the old “Dolby A Trick” - Using a dynamic EQ like the free TDR Nova, I’ve got a preset that’s 2x 4db high shelfs at 9 & 12 Khz - so everything above 12k gets an 8dB boost, which is a lot. But set the threshold of both bands so that bright sounds - S’s, T’s etc - push the bands back towards a 0db boost or even a slight cut.

The result is a very airy, breathy vocal sound on the vowels, while consonants and sibilance don’t get boosted so nothing ever sounds harsh. Then I just use the wet/dry mix on the dynamic eq to decide how much of the effect to use.

Sometimes it’s too much or too processed sounding, but when it works it works.

Oh, the piano sound and treatment is beautiful, what’s happening there? Is there modulation on a reverb or something like that?

Is there modulation on a reverb or something like that?

Great ear to pick that up. Thank you and yes, there is modulation on the reverb. I doubled the same piano track into two lanes and only one track has the modulation, the other lane is just a little reverb. So you have a clean piano and a modulated piano and I have slightly panned them left and right so there is a little more modulation on the one side. With only drums and a piano in the song, I wanted to give the bass notes on the piano a bigger sound. I did the same thing with the higher notes on the piano, they were recorded separately and one is clean and one has distortion with a delay.

The result is a very airy, breathy vocal sound on the vowels, while consonants and sibilance don’t get boosted so nothing ever sounds harsh.

This is awesome. I am going to try this. I have terrible S sounds that when I try to reduce it when singing, I sound like I am trying to reduce it. I need tricks like this. Thank you.

Great sound! Lots of good suggestions here, thanks for sharing this.

I have terrible S sounds that when I try to reduce it when singing, I sound like I am trying to reduce it. I need tricks like this.

You can also try the organic method to reduce sibilance, which might at least require lesss processing.

Notice recordings of phrases where you sound sibilant, then try this exercise:

Place the tip of the tongue on the front of the hard palate behind your front teeth, but back enough to be at the edge of where it curves up to the roof of your mouth. Repeat the phrase “zzah-zzah-zzah-zzah-zzah” as many times as you can stand it. You’ll have to release a little bit to make the ‘ah’ sound, but only do it enough and no more while keeping the tongue as close to the front of the hard palette as possible. Notice how that feels, and how all parts of your face (muscles, etc) are reacting. It’s more about the muscle memory than the sound. Try it at different speeds too, especially very slow.

Now, try recording those same phrases again, just casually noticing how you are articulating the words (i.e. don’t OCD it). Try to focus “S” type sounds more on that front hard palette ‘edge’ than how most of us have learned to speak using the tip of the tongue very close to the back of the front teeth.

Just work with it as consistently as you can. It only takes a few minutes for the first ‘discovery’, though you can repeat that as often as you like. Then, just practice it for a few seconds or a minute before recording a vocal. Again, don’t hyper-focus on it, just keep it in your awareness like trying to sit straight in a chair with good posture, while talking to someone.

Let me know if you have an epiphany.

I would just echo what some others have said regarding the vocal dynamics. The vocals are a bit too hidden at times, especially in the first verse. I really like the singing though. Any small pitch problems are subtle and don’t detract much from the song, but you can always pitch correct them or retake those spots. You got something really good here!

Is there some falsetto on the vocals or is that your head voice?