I’ve had a bit more spare time as of late, so I was inspired to do some equipment testing/comparisons. I have a decent foundation of microphones and am starting to invest in mic pre’s. I’ve also got some guitar cabinets laying about. I’ve decided to start shooting out different mics through different pre’s in front of different speakers in different cabinets. While some of the data that will be generated will be stuff we all already know, like “put the 57 in that spot and it will sound good”, I’m more interested in how different speakers and cabinets sounds with different mics in different spots. Plus, it’s a fun project.

It’s a bit ambitious, but hey why not? I’m going to use this thread as a journal of sorts as I piece together the library of clips. I’m starting with high-gain because that’s just the kinda guy I am. After all this is done I’ll find out which of my amps has the nicest clean tone and do the same kinda run-through with that.

Here’s the rundown of what I’m going to be using (so far):

I have a short snippet of the guitar DI from the Funeral For A Friend track that I mixed. It has a nice mix of some chuggy chuggy stuff, some single note patterns, and some really open chording. 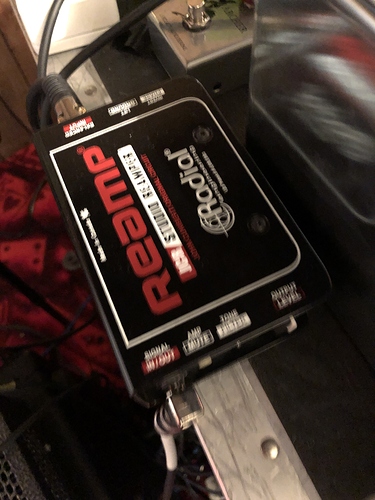 This runs directly to the amp, and the amp outputs to a Rivera Mini RockRec load box, which sends the signal directly back into my interface, and also to the cabinet. 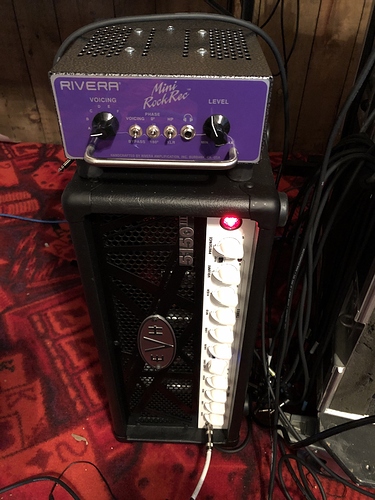 The cabinet is mic’d and the mics are plugged into preamps that are either directly patched into my interfaces or using the pre’s on the interface. 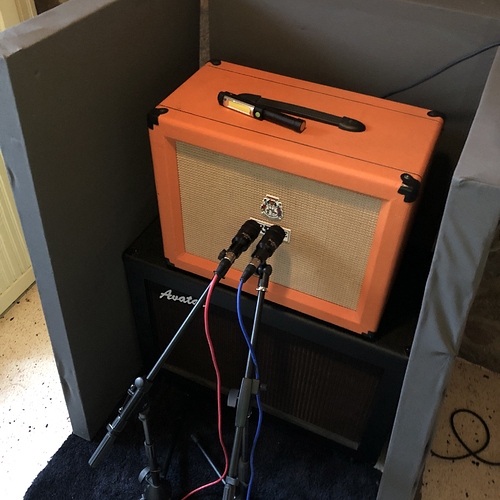 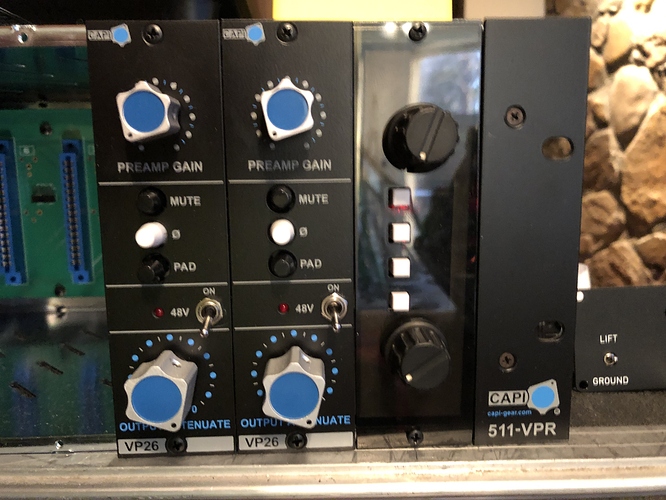 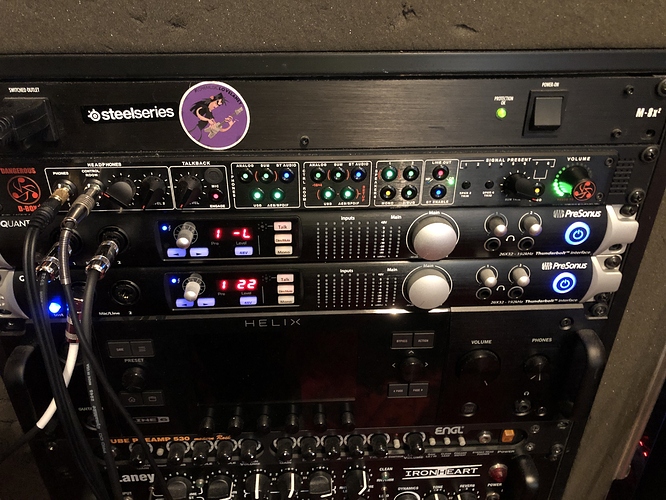 I’m currently using an EVH 5150iii 50-watt head. The settings are neutral, just noon on all the dials and the volume at a non-ear destroying 9 o’clock. This isn’t a guitar tone exercise so I’m not super concerned about that. I’m considering doing tests with some of my other heads, but that might be a rabbit hole I don’t want to go down because at current count I’ve got like 7 or 8 amp heads and pile of guitar preamps. That may wind up being another shootout for another day! 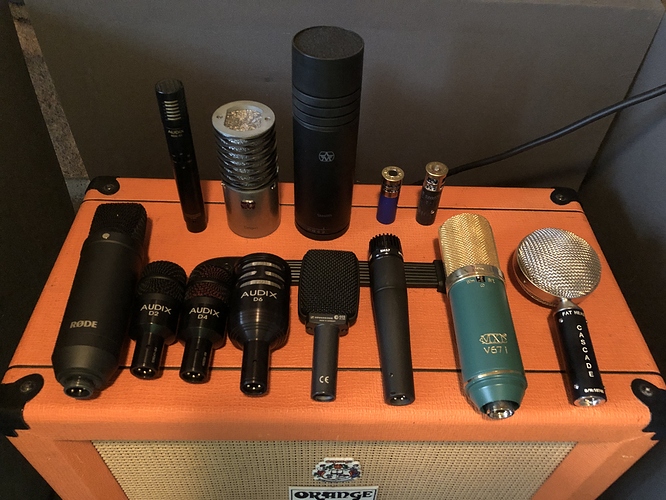 Here we have a mix of standards, non-standards, really good mics and a really awful thrown in for good measure.
Front Row (left to right):

Back Row (left to right):

Not in the photo - Audix I5 - Dynamic mic similar to SM57

Speaking of the room…

I’m currently staying in an old lake house and have my makeshift studio set up in the basement. Where I have the cabs set up in a bathroom that has 2 shower stalls… basically set up as a change room/showers for beach goers! 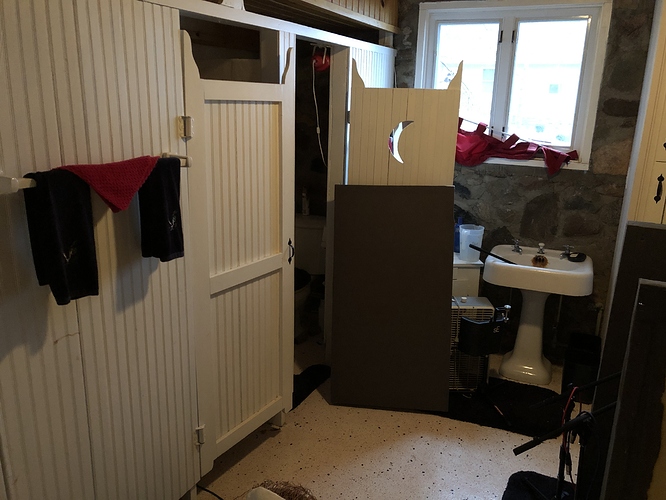 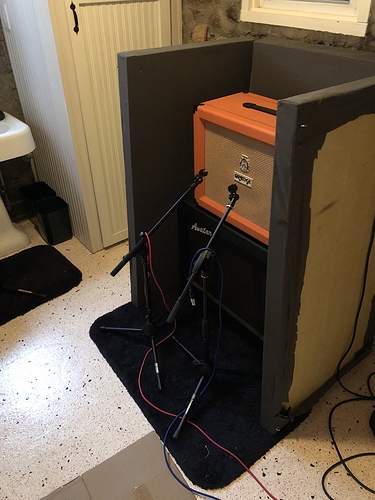 And I have the room mic set up in one of the shower stalls! 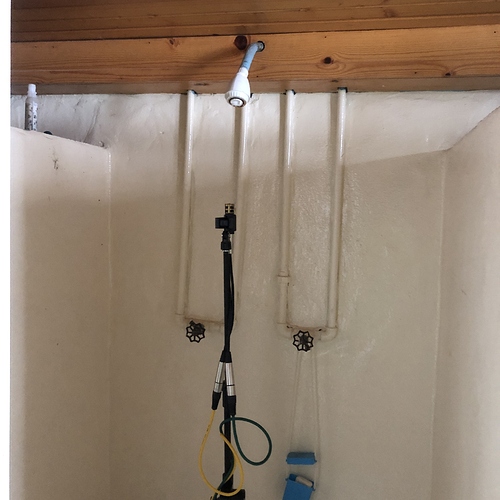 As I invest in more preamps I’ll add to the list.

I don’t have a ton of cabinets, but what I do have is a nice little cross-section to get some comparisons going.

I may also acquire more cabinets and speakers while this project is ongoing so this may be updated.

Alright so that’s the background info. I’ve started recording samples with the Orange cab, I’ll post results once I have them!

Alrighty here’s the first installment, and this will allow me to drone on about methodology.

I’m starting with Dynamic mics, because I’ll be using a different methodology based on the type of microphone.

For dynamics I’ll be using 5 mic positions. All of these are about 1" from the grill cloth.

Perhaps I’ll do some sets with the dynamics pulled back further… and also the possibility of doing off-axis examples.

For condensers/ribbon I haven’t nailed down a methodology, other than knowing that I’ll be pulling them further back. What I may do is take 3-4 positions and repeat them from different distances. I’ll muck about and find out what the most useful positions would be.

Note: files are 320kbps MP3’s. Was tempted to use WAV but I didn’t want to clog up server space. There’s 3 seconds of dead space at the beginning too… whoops! Will fix for the next round.

Now, the funny part about the Orange, is you can’t really put a mic right over the center of the cap due to the plastic logo. Methinks that’s their not-so-subtle message that it’s not a place you generally want a mic placed.

Really strapped for time but looking forward to reading through this more when I get a chance!

Looks really interesting… but I’m not getting audio from any of these… am I doing something wrong?

Not sure! They’re all showing up for me… there’s a few seconds of dead space at the beginning of the clips though.

They’re showing - they’re just not playing any sound - not just the first few sections either… I know it’s not my browser, because I’ve checked and played other files in other threads successfully… bit of a mystery to me.

Did you turn it off and back on again?

Thanks for the Tuesday morning chuckle. This will be a fun thread to follow.

but I’m not getting audio from any of these

These are awesome. Have you taken impulses of these?

I feel like I need a better audio player to make it easier to switch back and forth between takes.

I’m strongly considering doing that actually! I’ve never made my own so I’ll need to figure it out, but from what I’ve seen/read it’s not especially difficult.

Also, I just noticed those 12 gauge microphones in the picture, and now I want some.

I’d been eyeing them up for a while, they’re a bit gimmicky but honestly for what they are and how much they cost, they sound pretty good. Quite liking the stereo one I’ve got up as a room mic right now. I’ve also got the Blue, which I’m using for the shootout because it can handle high SPL and I think the Red which is a bit more sensitive… at some point I’ll try that on acoustic guitar, and may break it out for clean guitars in the shootout.

Did you turn it off and back on again?

I did more than that - I tried an entirely different computer - same result. The only thing I can conclude is that it is a browser issue, because I checked it on my phone and I can play the files… It’s just a bit puzzling, because I can play all the other files that people have posted, just not the ones in this particular thread.

Without being overly critical, I think the SM57 can probably hang with just about any mic when recording a nice loud guitar. It just works.

Can’t disagree with that! This has been eye-opening for me so far in terms of hearing the frequency response of the other mics. Like now if there’s a certain sound I’m looking for I may not just automatically throw a 57 on. Like the Audix tom mics are surprisingly good to my ears.

Audix tom mics are surprisingly good to my ears.

I love the Audix mini condensor series, specially the ADX10s they are just pure bliss when comes to recording woodwinds.

I’m a guitarist, so your perspective is great. Someone should publish a go to book about what mic to use with what instrument for the prototypical sound of an instrument in a recording. For me, an SM 57 about an inch off center of the cone with another SM57 a few feet away from the speaker can give a multitude of classic guitar sounds. From there a good engineer can blend the two mics into a multitude of great representations of what a guitar should sound like. I’m sure woodwinds have similar go-to combinations.
For us bedroom studio people, that shortens the list of mics down to two or three instead of ten, which is huge.
It still boils down to using what you have to your best advantage, but gives you a reduced shopping list that can help you accomplish your goals.

Sm57 doesnt do as well for woodwinds because it changes the tone of the instrument. While recording is decent in a rushed setting … in the long run Woodwind players are too obsessively picky with tones. Tone depends on the metal. A gold flute will differ from a silver flute, which will differ from a copper or nickel one. If its a cheap nickel flute for recording an overblown flute, I do use shure mics.

On precious metal woodwinds, where tone matters , audix mini condensors are my go to.