Several weeks ago our forum buddies @ingolee Ingo and @steban Steve reached out to me with a song they had written to ask me to record it, figuring my style (such as it is) would serve the song. I am so gratified and flattered they thought of me in this way, I can’t tell ya… what a tremendous lift, and a real shot in the arm for my musical creativity, which has been languishing for months during (waves vaguely at the world) all of this. I’m so grateful for their consideration!

The title is Postponed (To 2021), and it’s about having to put off so many things until next year when, we all hope, things are much better than they are today. To be clear: Ingo and Steve are the authors, and I’m the arranger & performer on this tune (although I did tweak one or two lines of the original lyrics and changed the key from E to G to better fit my highly limited vocal range).

EDIT: The official title is “Postponed (To 2021)” – I had used just “Postponed” at first, just taking it from my working project title. Want to get it right.

I took the opportunity to do one of my favorite things, which is set lyrics that are a little less than happy to upbeat, jaunty music. I really wanted this to be a toe-tapper, so I went for the full jangly thang, with mandolin, highstrung and dreadnought acoustic guitars, and this is the BTR debut of the Reverend Airwave electric 12 string I bought earlier this year.

We hope you like it, and on behalf of Ingo and Steve, thanks for listening.

V3 with new BGvox and no opening hiss:

Fun to listen to, nice guitar tones too. I can hear one more background voice on top during the last couple of choruses adding to the flavor.
I know how you feel, seems like our guard is slowly being worn down. I’m starting to venture out a bit more, and wondering why I did when I get back to the fort. The song makes a lot of good points in a wry kind of way.

I can hear one more background voice on top during the last couple of choruses adding to the flavor.

Thanks Bob-- actually there are several extra voices for the last chorus and the fadeoutro – my illustrious songwriting team! My lovely wife did bgv for the other choruses, and there is a bit of Steve blended in those too, but agreed they don’t jump out (that was the intent).

I’ll listen again on monitors, I’m probably trying to channel more rasp into it than you’re going for with my tired ears.

I really can’t thank Dave and Ingo enough for making Postponed to 21, my original title with a wild rambling arrangement, into what it is today! Ingo completely refitted it to its current basic form, and we let Dave just do his thing. Now I knew he was talented; however, I was astounded by how much he did and how fast. The only way that could happen was he really got in the spirit of the song. His contribution is so immense on the arrangement, performance, lyrics, mixing and mastering he is certainly a co-owner as well.

This was so fun, for a bittersweet pandemic folk anthem, hopefully we’ll come up with something else one day.

Way too kind Steve! That’s no doubt the fastest I’ve worked, I think… not my usual by any means. I think the difference is similar to the realm of the written word: it’s always easier to get someone to edit something that has already been begun than to get words down on that blank sheet of paper. Same thing at work here I think… I had been absolutely vacant of musical ambition for months, just not doing anything but playing old favorites for mental comfort food. When this came along I could dive in without having to overcome that “activation energy” of making something new. Most fun I have had in a long time, and it’s definitely jump-started my music thang. I am grateful!

@Chordwainer it was a pleasure to watch you work and get excellent sounds and a great mix with this tune, it was a learning experience. I’ll never share that raucous demo we gave you to start with but I’m sure that everyone here would be as impressed as we were that such a well crafted piece could come out of that. Thanks again!

I’ll never share that raucous demo we gave you to start with but I’m sure that everyone here would be as impressed as we were that such a well crafted piece could come out of that.

I still enjoy listening to that original version. It is like Little Feat Willin’ on the first album, unpretentious but still cool. But I don’t think everybody likes their early/demo versions of a now finished product brought to attention, perhaps it does detract from the final version, maybe negatively taint an impression/memory of the song. But I find the process most interesting. 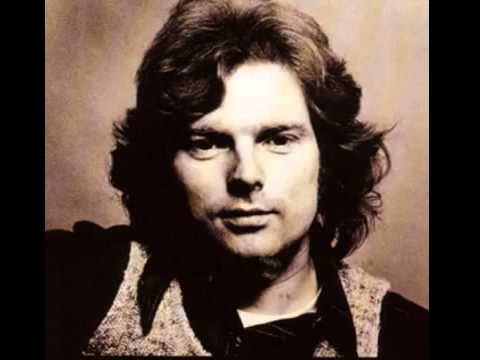 Van Morrison called, and his horn section wants your twelve string to return their riff

Thank you for noticing that easter egg Andrew!! So glad someone did.

Understood on the drums, they could come up some for sure. I did high-pass the crap out of all the vocal tracks, but maybe I’ll put one more on the bus where they all are grouped in addition, presumably there is some addition going on… thanks for the listen!

OK, just put a v2 in the OP with adjustments to the drums, and to the EQ on the “party vox” in the fadeoutro. Putting the HPF on the group bus did the trick nicely. Drums now far more prominent and it makes the tune jump much better. Forest for the trees on that one… I heard the drums just fine in my head!

Also did the usual pass through EQ & levels, ended up bringing the slide dobro bit up a little too. A definite improvement in a/b, thanks Andrew!

Nice tune folks. Guitars sound great. Vocals are wonderfully balanced, well rounded and sitting well in the mix. Nothing really sticking out as an issue although I think it may help the “toe-tapping” feel with either a boost to the snare or some extra attack to get the crack coming though more, especially in those fills transitioning into various sections.
But that’s just a personal taste thing. Elements remind me of Dire Straits. That’s not a bad thing!
Nice one to all those involved.

Just had an idea for the chorus and whacked it down quickly in a few minutes:

How about adding some bass “postponed” vocals “answering” the hooks in the final choruses too?

Hey, that’s an interesting idea Andrew… and to be sure I understand the suggestion correctly, it’s to put in that “answering” piece in each chorus but then have something similar with lower voices in the fadeoutro, have I got that right? Something to think about for sure. Thanks for taking the time to try stuff out!

Yeah, that’s right. It just adds another, almost subliminal hook in each chorus… and for the final choruses, ad another “postponed” in between the 3 (now) occurrences, so that it happens each measure, but every other one is a lower, (maybe even bass baritone). I hope that makes sense.

…probably have the “Ahhs” go to the V chord too…

Funny story: from a quick glance at the title of the thread, I had thought you guys had put off a collaboration until 2021 for some reason…

Thanks for those samples Andrew, that makes it very clear. Above and beyond the call of duty too! Thanks again.

Funny story: from a quick glance at the title of the thread, I had thought you guys had put off a collaboration until 2021 for some reason…