So my house is pretty close to done (early next month) and I was looking through the room that will be my new studio, and there’s a can light directly above where I plan mixing position to be. Boo. I’m not sure how I didn’t notice it before, but it’s too late to move it because all the dry wall it up.

So now I have to figure out a solution to putting up a cloud above myself without just blocking the light.

Some of my thoughts:

Any other ideas I’m not thinking of?

Is the light even necessary? Leave bulb out and tape over before putting up cloud?

It’s not as difficult to move the light as it may seem. Especially if the electrician is still available. They can do it without any sign of the old one even being where it was.

Hi Boz. I don’t quite understand. are you meaning (the can light) is a recessed into the ceiling light fixture. Question - is it connected to another lighting circuit? Do you want to use it or remove it and fill the hole with drywall? one option if you want to use it - extend the wiring further out (or down) the hole and install a large base ceiling fixture that can be operated on a dimmer switch. Just a thought
Goodluck with it.

Is the light even necessary? Leave bulb out and tape over before putting up cloud?

the light isn’t really necessary, but this is going to be in Washington where winter is cloudy most of the time and even when it isn’t, the sun is completely down by 4:00, so giving up lighting isn’t a first choice, but it is an option. I do have one other lighting fixture in the room, so it’s not the only source of light.

Now that I think about it, I could just get one of these: https://www.homedepot.com/p/GE-Polarized-Handy-Outlet-Plug-Black-2-Pack-54276/203728196?cm_mmc=Shopping|THD|G|0|G-VF-PLA-D27E-Electrical|&gclid=CjwKCAiAm7LSBRBBEiwAvL1-L3etkB2P_gkrmAUULD4i07fVU_ipfcxbD_bWdwBe0WG8JzC5RxFhUhoCLxgQAvD_BwE&gclsrc=aw.ds&dclid=CITZkZm6vNgCFdeUfgodFlsAGw

I could easily find some other light source that can hook up to the cloud.

The cloud will be suspended by a foot or so from the ceiling.

This will probably be too simple, but if all the lights are on one switch, the template they would use for cutting the new can in would give you the perfect patch for the hole. A little patch and paint and it’s done. When they cut the hole for the new position they would jump from the old can to the new one with a piece of romex. They shouldn’t charge you much, if anything.

I would really steer clear of the third option. Things change, if you move your can light (lowering or proximity) permanently, 1 year from now ( when the sweet money comes rolling in off of your new plug) you may move to a bigger area.

Hi Boz. I don’t quite understand. are you meaning (the can light) is a recessed into the ceiling light fixture.

Actually, I’m not 100% sure that it’s recessed. But basically, the ceiling light is exactly where I need the cloud to be. The cloud will fit because it will be dropped by about a foot, but it will still be blocking the light, which I don’t really want to do.

Pardon my ignorance but what is a cloud? 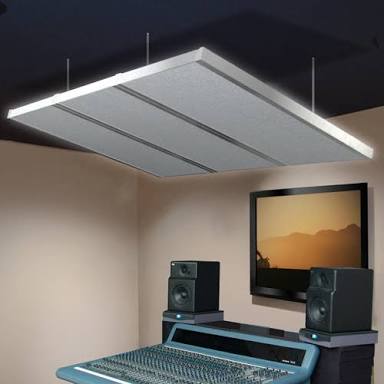 Ah - Ok. In this case the ceiling light won’t do much except for ambiance. Better than a stick in the eye I guess. You’ll have to figure something else out.
Just a thought! what about some under cabinet light fixtures installed into the cloud itself wired from the ceiling (del lights) on a dimmer would do it, they come in thin flat design. giving plenty of lumens, comes in square design 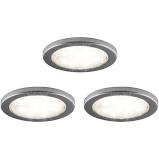 I’ve installed similar ones for our bathroom cabinets and as I say the come in square design as well would look cool and do the job . You can even choose the type of light color they give off.

I could easily find some other light source that can hook up to the cloud.

The cloud is lighted now? Or is this for lighting in your plugin video productions?..basically what is the need for the overhead lighting? And would the cloud supersede priority over the spot light?

The cloud is lighted now?

It’s not lighted now, but if I convert the light socket to an outlet, I can rig up some sort of lighting on it.

It’s too “overhead” to be useful for video, unfortunately. I’ll have to be hanging up a different lighting system for that stuff. It’s better that way anyway, because the white video lights are a pain to live with long term.

Any other ideas I’m not thinking of?

Why don’t you just not put a bulb in the socket, then cover the entire light? How is the cloud not far more important than a ceiling light? I would just cover the light, then put a tall bright lamp in the room. Matter of fact, that’s exactly what I’m going to end up with when I rip out these 2 ceiling fans and get that GIK cloud installed in both places.

How is the cloud not far more important than a ceiling light?

It is more important, but I’d rather not cover up the light. I don’t really want to turn my room into a cave. My last room had sucky overhead lighting and it was a pain. Plus, now I’m going to be in Washington state, where light in the winter is a scarce resource.

It is more important, but I’d rather not cover up the light. I don’t really want to turn my room into a cave. My last room had sucky overhead lighting and it was a pain. Plus, now I’m going to be in Washington state, where light in the winter is a scarce resource.

Blast! You got me second guessing my room now lol. I have that huge 9 ft windows behind me though. That’ll probably keep it from feeling like a cave. And I paid an arm and a leg to have those soundproofed windows installed in the other room.

Spot lights sunk in the cloud, would look cool too and you could wire them from the original light

Maybe you could use it to bring the light around the side of your cloud? Might look a bit naff, but functional

Yep, i’d fit some lights yourself into the ceiling cloud.
I did it myself and they looked awesome.
I went for mood lighting over spot lighting for asthetics over practicality (maybe wrong choice but it worked fine)
Do it. Spot lights in a cloud make the cloud also look cooler and not just a huge hunk of shit hanging above your desk. Turns the cloud into a piece of art 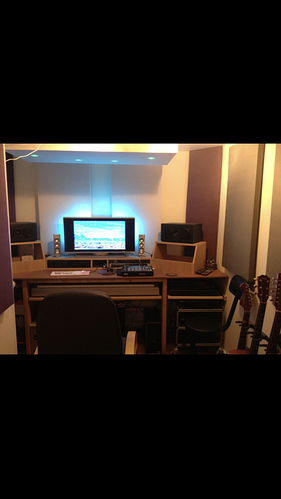 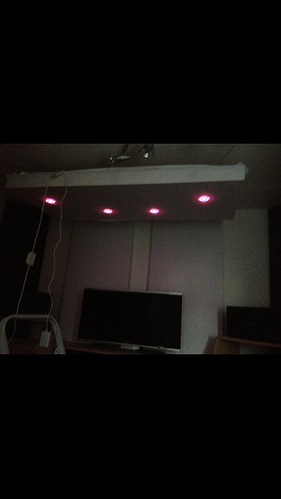 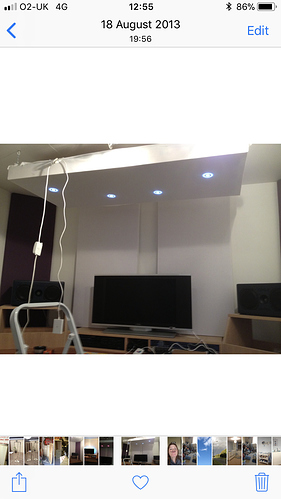 I would just forget about the ceiling light and add some additional floor lamps or desk lamps to give you the lighting you need. But I’m sorta weird that way, I never use the overhead light fixture in my music room, I just prefer the ambiance when the light is coming “from the side” as it were. Agree with the Captain that doing something permanent like embedding the light in the cloud absorbers is not the way to go, it almost guarantees that you’ll soon need to change something (like washing one’s car almost guarantees rain within a few days)…