Hiya friends, great to have IRD back from the dead!

I’ve been doing more of the solo vids that I’d posted previously. A whole bunch of the James McMurtry fans I’ve gotten to know during this year of livestreams are guitar players like me who have yearned for years to be able to figure out how the guy rolls, so this is doing at least some folks some good. I’ve also done a trio of short how-to vids just showing the tunings and chord shapes he uses, not actual song performances. They’ve taken to calling me The Professor, I have no idea why…

I’m finding these to be a good creative outlet these days, now that we’ve been plunged back into pandemic darkness. As before, coming up with anything remotely original is a real struggle. Interpreting great music on just the one instrument fills the niche neatly, and knowing other players are benefiting gives some good warm fuzzies. Plus I can knock one of these out in an afternoon, once I have the performance rehearsed and ready to go, now that I have done it often enough to have a routine.

This one is called Gulf Road from 2002’s St Mary of the Woods album. This song has always put me in mind of my father’s final days – we lost him untimely. For years I could never get through the last verse… Then James played it on his very first stream after his father, Larry McMurtry, died last April, and just nailed it. I took that as my prompt to buckle down and be able to play the song through without losing my composure, and it worked. Here’s to you, Dad… 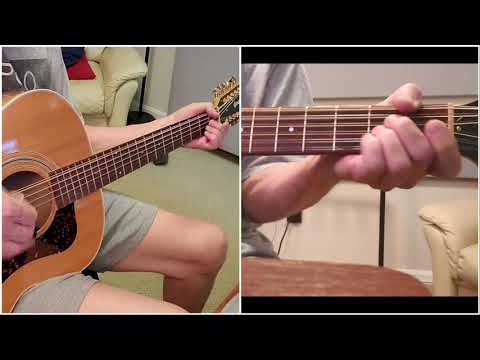 So happens that McMurtry just released his first new album in six years, The Horses And The Hounds, and it is AWESOME (will be making a separate post about that Backstage). He’s got a rockin’ electrified sound this time around, compared to the mostly acoustic prior record. We’ve all been hearing this material for a year in his solo streams, so it’s cool to know a new album’s songs by heart the day you hear it the first time. This tune is from that one, called Vaquero, dedicated to the memory of Bill Whitliff, who adapted Larry McMurtry’s Lonesome Dove into the screenplay for the epic miniseries from the late 80s, and who died in 2019. Some of the lyrics are in Spanish, so I’ll paste 'em in after the link. 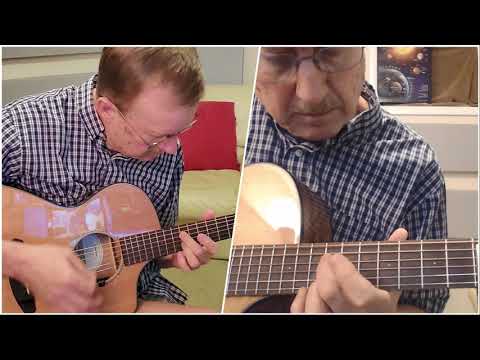 I don’t take the paper, I don’t watch TV
I was out on the road when the word got to me
Well goddam the text, couldn’t I justa gone blind?
I heard your voice in my ear like I did in my mind

Your chaps are still dusty from the late summer’s drought
When the cedars turn rusty, it’s time to go south
When your time is upon you, you don’t always know
Brinca la vida, abuela nos dijo [our grandmother told us, live life to the fullest]
Brinca la vida, we learned long ago

Just pure entertainment Dave on all fronts. A vox with clarity and real feeling. A single guitar taking up all the space needed to shine like the vox. What more could one as for professor??

My comment was bad a while back trying to encourage you to make some songs of your own. Sorry about that. I blurt way too often. I just listen and think…the guys sings well…his playing is extraordinary…he needs to have an original. You did give me shot about that,. ha ha glad I wasn’t excommunicated. I would love to write a song and have you do everything some day. there I go again. ha ha
I thought the Bm in the first song sounded a little different? Just sayin. Enjoyed muchy old friend

Hey Thanks Paul! Blurt away, you know I don’t take anything personally.

Good catch on that B minor – the guitar is in double drop D tuning, and that Guild resonates like crazy, so sometimes there is a little bit of drone from the low D string for a second or two before I get around to muting it again. B minor shape in that tuning is such a gorgeous sound…

And I would be proud to record a song of yours dude!

I always appreciate your performances, Dave. You got a good sound happening. I especially like that your performances are never rushed and you keep very good time. Nothing more annoying than hearing a live performance constantly shifting speeds. A little bit of variance in timing won’t bother me but when it’s too obvious I find it usually sounds very amateur. You do a good job keeping a nice balance. Simple, smooth and sweet sounding stuff !

Ooooo. This is pretty cool. Both of those videos

How long have you had that 12 string? It looks like a Guild… is that right?

Do you speak spanish at all? (Just curious).

How long have you had that 12 string? It looks like a Guild… is that right?

Do you speak spanish at all? (Just curious).

No, not really. I did take three years in high school and have lived in areas with large Latino populations for a good portion of my life, but I never got fluent to the point where I could think in Spanish – always translating instead. But I can deliver lines in Spanish without much trouble once I’ve rehearsed a couple times. And Spanish is a lovely-sounding language in general, especially when sung. Thanks for listening guys!

Cool. Thanks man. I’ve probably missed a lot having been on here less over the last year or so. Starting to find time for it again now that some things have ‘calmed down’ a little? lol.

I did take three years in high school and have lived in areas with large Latino populations for a good portion of my life, but I never got fluent to the point where I could think in Spanish – always translating instead. But I can deliver lines in Spanish without much trouble once I’ve rehearsed a couple times. And Spanish is a lovely-sounding language in general, especially when sung.

I just started volunteering (yeah… me! not getting paid! wow) to work with a spanish worship team at a church. Man! Has it been an interesting experience. I’ll throw that in another thread, but that’s why I asked anyway. You sounded pretty dang confident with that chorus on the second song!

Hey everybody, sorry for not being around much. Been one of those years.

Last night while listening to some music, I was struck by how chillingly relevant are the lyrics to the John Fogerty/Creedence classic, Bad Moon Rising, to what is happening today. So I gave it a very different arrangement from the peppy, upbeat original’s that seems appropriate.

I know it is customary to express hope for a better year on New Year’s Eve. I wish I could oblige… but I do wish each of you peace, safety, and health as we bid Good Riddance to 2021. 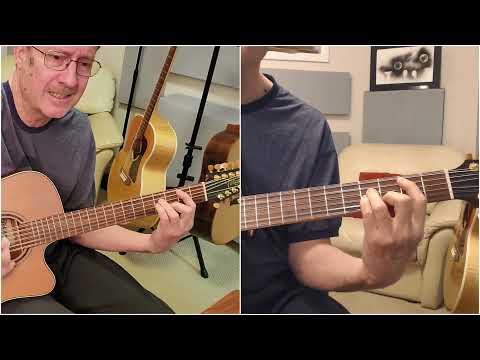 I had some trouble seeing the video.

Rene, just now seeing your comment – are you still having trouble? It may be something to do with being in different countries, if you’re not in the US… that does happen from time to time.

And in general: you can see lots more of these vids if you click on my name once you get to the YT page for any of the ones here. Also some hour-long livestreams if you’re a real glutton for punishment

Hi Dave,
Love the songs.
I am not familiar with the songs, but that is perfect, as they are so beautiful, and you covered it very well.
This is the kind of music, I love to listen.
Guitar and vocals, both well done, heavenly music.
Thanks for sharing.
Rene

You’re way too kind! Thank you for listening

I had some trouble seeing the video.

What internet browser were you using? Can you see it now?

I got it.
Operator error.
Also replied to it, earlier.
Rene