Carried over from RR.

I recently watched a video about setting up a basic mix and one of the tips given was related to mix bus compression on the master fader. The basics of this tip are:

I was discussing this approach via email with a friend of mine and here’s his response:

Not an issue per se, but it adds another round of compression that isn’t needed, and takes away from the effectiveness of a good mastering job.

Do you agree or disagree with the tip? Why or why not?

well basically this is just a “glue” setting some use it some don’t. I think it comes down to track itself this would be the first thing i put on my mix bus when i use it, I a/b it to see if it is taking away or adding something better.The basic premise of this is very subtle so it is important why type of compressor you use.

I agree with this Tip. I started to do this when I went for the Top-down mixing approach, which means that I process the mix buss first with some subtle EQ and compression and then go to other sub busses or individual tracks and treat them. As @dgarner said, it has the purpose of glueing the tracks together. That is a good thing. Helps you mix in a better context. If there is a plugin that you usually use at the end of your mix buss then put it too (not the limiter, that does belong to the mastering phase).

For me the goal is to have a mix that only needs a brickwall limiter when it is mastered, nothing else.

AT this point I agree. I typically send projects away for mastering. Hiring a mastering engineer and not using them is a waste of money. Using a multi-buss approach lets me use lots of glue without touching the 2 buss.

The nice thing about compression on the master bus is that you can get away with a little bit less on the individual channels when you mix into it from the start, and it puts you in control of the mix dynamics because you can ‘lean into’ the compressor when making your fader moves and other mix decisions.

If you don’t compress the mix, the mastering guy probably will if it’s typical rock/pop/electronic stuff. But since putting a stereo compressor on the mix will change the sound of the mix - the relative volume between verses/choruses, the amount the loud stuff (like vocals, kick, snare) sits proud of the quieter stuff, and sometimes brings reverb etc up when it’s applied - there’s a pretty good argument to be made for the mixer dealing with the compression during the mix, when they can actually sculpt what’s going into the compressor

1.5:1, 1/2db GR is pretty mild and a safe bet if your main concern is that you don’t want to damage a mix that already sounds good. Depending on the compressor and material, you might even struggle to hear it doing much of anything at all.

A couple of years ago when I was trying to get a handle on how to deal with mix bus compression, I asked a few working pros with decent discographies over on another forum what kind of settings they used and how much GR they got.

I was pretty surprised how aggressive they were; 3 or 4:1, and anywhere up to around 4dB GR were pretty common answers. Attack and release times were all over the place, too - just looking at attack, someone usually used 1ms, another 2.5ms, another couldn’t deal with less than 30ms… I guess it all just depends how each individual mixer wants to deal with the relationship between channel comps and master bus comp.

At any rate, the take home message I got was not to be afraid to use it. These days I usually see the GR meter move between 1 and 3dB, sometimes in the very loudest parts of the song it takes a wild swing towards 4dB. If I’ve dialed in the mix through the compression to take advantage of the cohesion and punch it can provide, I end up in a situation where the right amount of GR is whatever sounds right. Too little, and the compressor won’t be doing the job I need it to do.

With regard to what your friend said, I can’t agree or disagree because every mixer has their own views and methods. For me personally, it’s definitely not a round of compression that isn’t needed because, for example, if I’m getting an extre 2dB GR when a chorus kicks in then that might be 2dB less compression I’ve needed to put on lots of individual tracks - the mix bus comp gives me 2dB free compression while also gluing the mix and making the whole thing punchier, what’s not to like about that?

And I’ve never had a mastering engineer complain about the compression, though they have complained about other things…

Always been fascinated by that multi buss approach. Forgot it till you mentioned somewhere else on here. Must try it.

If I had a mix being mastered I would leave the master bus. If doing a home master job then yes and about the settings you have said.

Shack…quick heads up if I may. If you’re trying it for the first time, you need a relatively slow and transparent compressor with a gentle knee curve. So no distressors or 1176’s on your 2 bus

Do you agree or disagree with the tip? Why or why not?

Disagree again. I see no problem with 1.5-2 db in certain places. But I do think there’s a substantial difference between .5 and 2 when we’re taking about a 2 bus.

I probably agree with that.

@BigAlRocks What are you using and how are you setting it now? I’m basing my assertion largely on the SSL G comp and the Focusrite Red 3. The Focusrite being the more transparent and less aggressive of the two. What are you finding when you experiment?

I’m not using anything but stock plugins right now. I’ve not tried this yet.

What plugins have you tried? The bus compressors arent calibrated consistently. 0db makeup on a native instruments bus compressor didnt sound anything like 0 db on the uad. That was why i wondered.

I’ve never tried anything on the 2-buss. Like I mentioned in my original post, I carried this thread over from RR. It is based on a video from a Graham Chocrane (sp?) video.

I tend to have drums a bit louder than usual just to compress by 3-4 db in the final stage. A bit too subtle for me 0.5 db. In rap its common to have over-compressed tracks.

I tend to have drums a bit louder than usual just to compress by 3-4 db in the final stage. A bit too subtle for me 0.5 db. In rap its common to have over-compressed tracks.

3-4 db on the 2 bus is a little more than I want the thing shaving off. I’m not arguing for the sake or arguing. I mention that to point out that subtle moves on the 2 bus compressor really make a big difference fast. I mean think about it. @BigAlRocks suggested .5-1, I say 1-2.5, @Arber87 says 3-4, and those 3 distinctly different judgments on 2 bus processing. If we were talking vocal dynamics, we’d be splitting hairs over stupidity. But dang…on a 2 bus, it matters.

Dunno, it depends on the compressor too. With a very good compressor such as TDR Kotelnikov, it’s easy to compress that much, for it is so smooth one can hardly tell. For the contest at hand i used another freebie, Acustica TAN compressor, with 2-3 db of compression. It does have some clarity issues for the mal’occhio, but nothing dynamics wise. I Invite you to check it out!

@ptalbot, @ColdRoomStudio do either of you guys use the Shadow Hills MC (plugin version) on your 2 bus? I’m wondering why you don’t hear more about it as a bus comp. Is it a bad 2 bus compressor? Or maybe you never hear anything about them because no one with common sense can afford one

$7800?? That’s pretty brutal for a compressor. I’d paid more than that for monitors, but monitors are way more important. 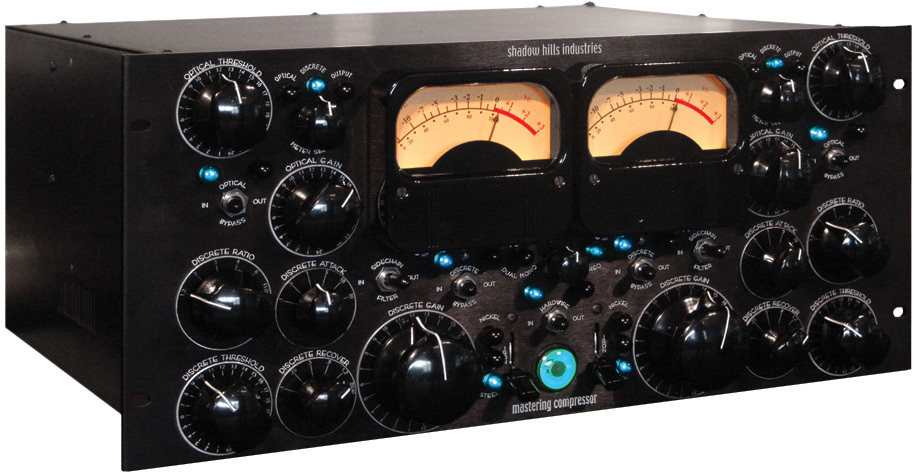 I’m gonna throw it on a couples mixes just to see… as soon as my Native Instruments downloads finish updating. And just to be clear, I have no intention of buying the hardware version for $7800 haha. 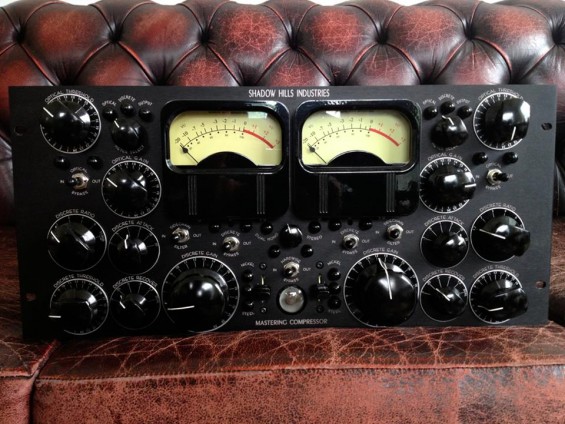 But holy hell does it sound good!!! 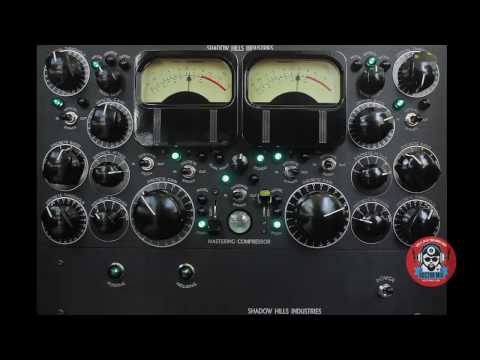 That’s one sexy compressor. @Jonathan On the master track 2db with opto and 3-4 with vca, or did i get it wrong?

@ptalbot, @ColdRoomStudio do either of you guys use the Shadow Hills MC (plugin version) on your 2 bus? I’m wondering why you don’t hear more about it as a bus comp. Is it a bad 2 bus compressor?

No, never tried the plugiin. Who makes it (the plugin, that is) ?