Home studio vs Pro studio - a distinction without a difference?

I was perusing pictures of ‘home studios’ on pintrest. I laughed when realized how ambiguous the line between ‘home studio’ and ‘studio in a home’ is. 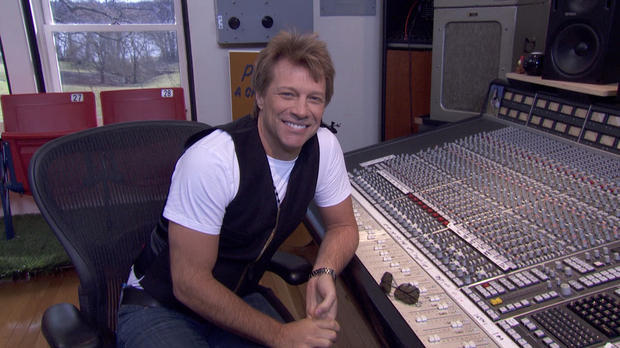 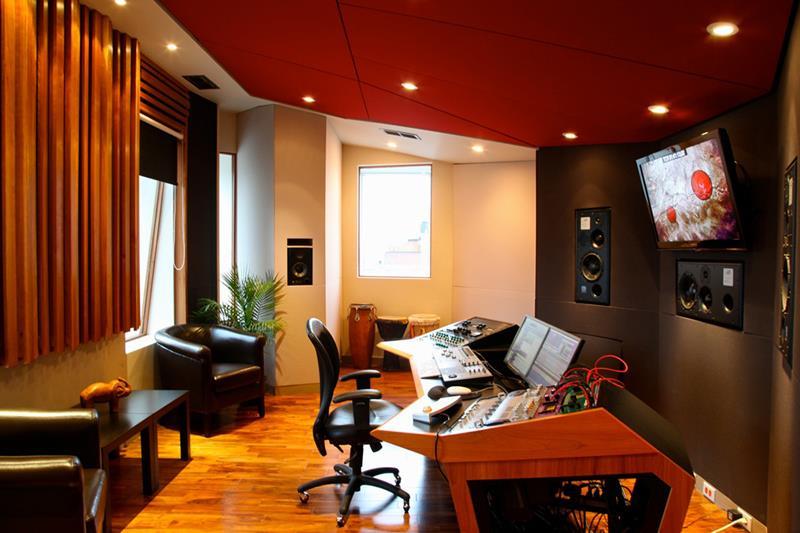 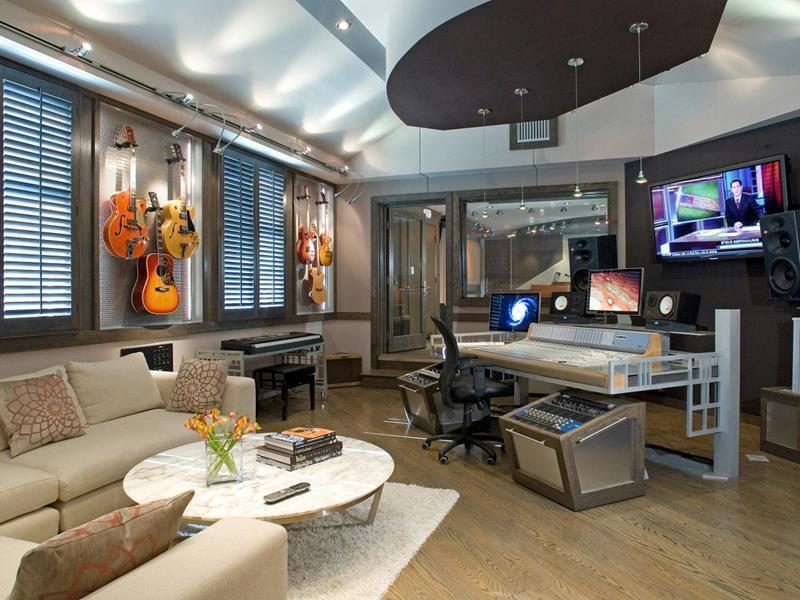 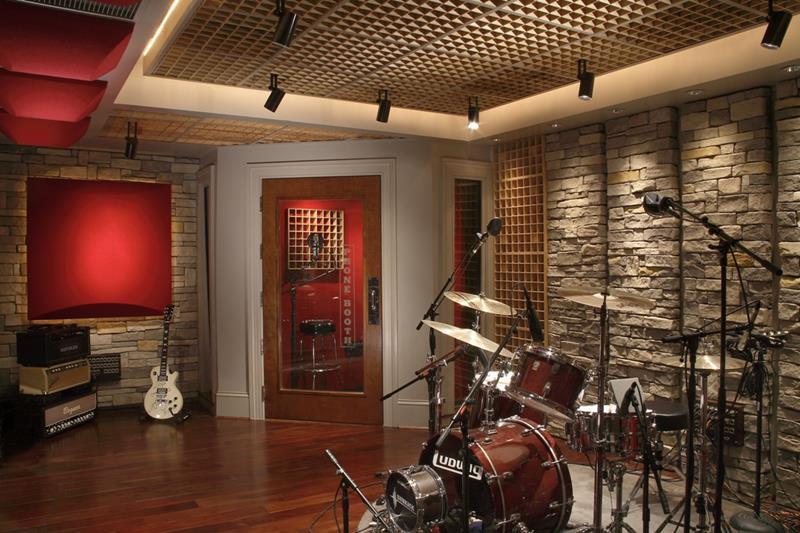 I wish I could find pics of Brad Paisley’s “wheelhouse” studio. Not only is the studio beyond reach… the bar is more well-stocked than most bars…
But I do get your point…

As long as my wife has say in what my studio looks like, it’s a home studio.

yeah those are what i dream mine will look like “some day”.

As long as my wife has say in what my studio looks like, it’s a home studio.

LOL! Mine’s in a separate building and my wife is always “threatening” to drop in. It’s all in the art of distraction

I think that is these days there is a fine line between the two. Certainly, more songs are being tracked in what you would call a home studio. There definitely is a changing of the guard when it comes to studios these days. I guess that is why a lot of the big studios are closing down. There are just a lot of other options and people don’t need to spend the time they use to in a studio. Metallica recorded their last album in their home studio, they just had a pro engineer to run the gear. If you have the resources, I can see this as the way going forward.

If you have the resources, I can see this as the way going forward.

Key: if you have the resources. With sufficient cash, one can obviously construct a recording space and outfit it so that it’s every bit as good as the best studios. It matters not whether that space is in your home, or a warehouse, or a “real” studio. Put a seasoned, talented engineer in that space and you are ready to go.

Whatever it is about places like Ocean Way, I am guessing, has more to do with confidence and familiarity on the part of artists than raw quality. I realize some rooms have a sound that artists love, but there is no a priori reason such a room couldn’t be set up anywhere, it seems to me…

Agree, as you said in your lines, Metallica had a pro engineer. This is what makes the difference in my opinion. If you put an amateur engineer in a state of art Studio, the result can be a shit produced with gold tools, on the other hand, you can produce very good material just mixing from you lap top using a pair of good headphones!!
So I also believe that the border between both is really narrow looking from a perspective of the results that both allow you to have. The wider barrier is between who is piloting both.

FOR … THE … WIN !!! I’ve actually been given permission to turn our garage into some sort of studio as long as the queen can park her car in there during snowy conditions. Now all I have to do is get the inspiration to clean out the garage and finish finishing the inside walls. I’m already tired just thinking about it.

Ye gods I could never do that here in Houston… the garage is routinely at 120-plus F pretty much all the time during our 9-month summers.

I’m lucky! My wife does not begrudge me my own room to set up however I please. In fact she’s uber-supportive of my music making and loves to help out with vocals, so I’m really lucky. Did I mention that I’m lucky?

How do people manage in such small control, rooms. Oh well, Each to his own.

I’ve actually been given permission to turn our garage into some sort of studio as long as the queen can park her car in there during snowy conditions.

I wish I would get a deal like that from my wife. Not much bargaining leverage though when you live SC, FL, or TX where it never snows.

my studio is gradually gaining more bags of shite from shopping sprees and the odd toy dinosaur or weird abandoned childs toys than it is audio gear.
it even permanantly has a hair dryer plugged in that sits ontop of my cajon for when she washes her hair in the morning before work. i spend the first few mins of limited studio time removing said items before i can feel like a man again lol. 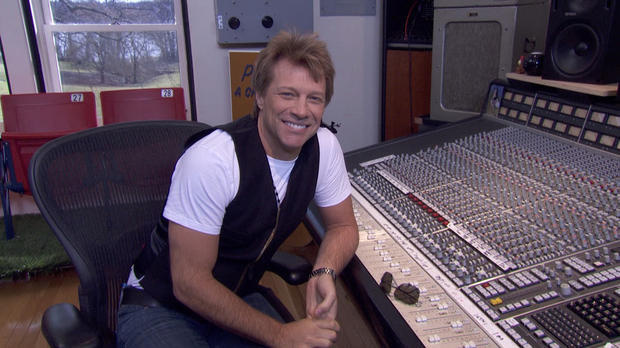 got to have your raybans, shiney teeth and black leather waist coat when working in your home studio
WTF!

My wife was more than happy to let me build an out building for my studio. She was tired of me tracking bands in the house, late night mixing and the like. In the end she is far happier!

My wife was more than happy to let me build an out building for my studio. She was tired of me tracking bands in the house, late night mixing and the like. In the end she is far happier!

if i had the land i would love to do this! in my next house i will ensure my studio is either in a garage, outhouse or standalone. it doesnt work well for me having it in the house now we have one of those little people running around causing terror

got to have your raybans, shiney teeth and black leather waist coat when working in your home studio WTF!

When you sell 130 million records like he did, you can wear a different leather waist coat and pair of raybans for each day of the year lol.

I just want to know how he got that SSL up that flight of stairs lol.

Who is he?
I’m ashamed to say i dont know him?
Although i may know of him, just not know his face.

It’s Jon from Jersey, but I have no clue how it got that up the stairs. A buddy of mine plays in his non-staring band. I’ll ask him next time I see him.

Its Jon Bon Jovi - you probably didn’t recognize him without all his makeup lol.