When I was recording the acoustic guitar, I did a bit of an experiment with some stereo room mics and kind of accidentally discovered something really cool that I thought I would share…

I mic’d the acoustic close up in the “vanilla” standard acoustic miking position with a condenser mic about a foot (300mm) away from the 15th fret but facing toward the body of the guitar. But I also set up some condenser room mics as a spaced stereo pair about 3 feet (1m) apart and about the same distance from the guitar body, both angled slightly in to focus on the sound hole of the guitar.

I’m running a UAD Unison system, so I set up some UAD 610-b (tube) mic preamp models on the room mics. Now, because the song is mainly finger picking, I set the levels and gain staging of the “virtual” mic pres to match the relatively meagre input levels that a finger picked guitar puts out. …

Once I got it all dialled in to my satisfaction I played through the song a few times for practice and recorded. What I noticed on playback was that when I hit the chorus of the song and started strumming the guitar harder, Boom! Suddenly the stereo field widened out in a very cool and noticeable way! Here it is solo’d from the project - notice how the stereo field blooms when I start strumming:

Keep in mind, there is no automation happening there - it is simply the room mics naturally getting louder in the balance.

Upon soloing the room mics I realised that what was actually happening was that the room mics started clipping and distorting their “virtual” preamp tubes because of the much higher input levels of my strumming compared to my finger picking. In solo, it’s a little ugly, but it’s such a cool, organic effect, and surprisingly subtle when combined with the close mic. Here is the solo’d room mics:

Another, much more subtle but really useful effect I came across, that I had never used before was Waves Submarine. Being a solo acoustic performance I wanted the song to have a nice full low end, but I didn’t want the low end to get muddy. After playing around with a few approaches, I tried Submarine, which is a sub-harmonic synthesiser. It turned out to be really great for this purpose. The effect is very subtle, but it just extends the reach of the low end down lower. You might not even notice it unless you have a sub, or you play the mix on a car system. Here is the mix of the guitar without Submarine:

In solo, it’s a little ugly, but it’s such a cool, organic effect, and surprisingly subtle when combined with the close mic. Here is the solo’d room mics

I don’t find that distortion to be bad sounding. I even like it in some ways. It’s like a texture in a painting in that the distortion creates a bit of smudging or smearing but still lends a pleasing artifact. It works well here.

Great setup! That distortion sounds really nice and it is subtle in the combined audio. I probably would have recorded the fingerpicking and strumming separately here, at least with different levels, but yay for happy accidents.

Hi I get confused easily. Loved this sound tho. Should develop some melody line and lyric. Can’t just let this die. wish I could do that

Should develop some melody line and lyric. Can’t just let this die. wish I could do that

I probably would have recorded the fingerpicking and strumming separately here, at least with different levels

I probably would hav done that usually too, but I was going for a very specific thing here. This thread explains it a little better…

Long story short, I was recreating a “studio” version of this - my live acoustic version of “Bitter” 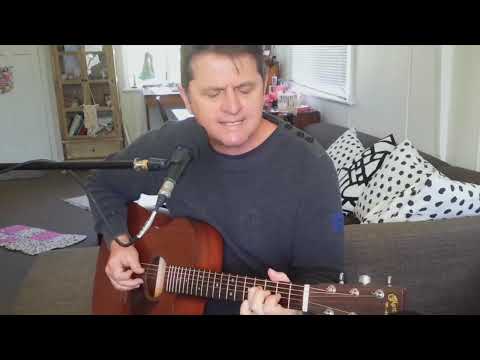 “Bitter” was originally done as a band track on my last album, which is here: 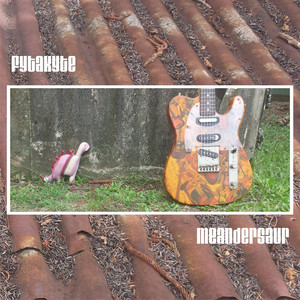