Hi friends, long time no post. Wonder if you could give this a listen. It’s a duet with a cellist colleague who asked me to do a couple of tunes with her as gifts for my boss’s 70th birthday in a couple of weeks (she’s known him a bunch of years; she and I have never actually met in person). This one is Ashokan Farewell, an instrumental by Jay Ungar that was used as the main theme of the Ken Burns Civil War documentary series. My boss is a HUGE civil war history buff so has always loved this piece.

The guitar was recorded in my studio as usual, and she tracked her cello bit at her home in California, and I’m not sure what her hardware setup was. Pretty sure it was a simple USB mic into her laptop (I’ve asked for those details). Processing is minimal, just some light compression and EQ on the guitar, which I doubled and panned 75% left and right and send to a bit of reverb.

Cello has also just some light compression, with a couple EQ notches at 325 & 825 Hz to carve out some boxiness, and with a generous dose of reverb send, all right down the middle panwise.

I’ve never dealt with a cello track before, so if anyone’s got any super duper cello tricks I’d love to hear 'em. Thanks for listening!

With mandolin in last half:

Following Paul’s suggestion to bring up the guitar:

Beautiful cover of that piece @Chordwainer, has a nice live feel to it. Reminded me of Ken Burn’s wonderful series.

I like this piece and its recorded well. Cellos are quite easy to track using a ribbon mic . USB mics can do well as well if recording space has good acoustics. You have the stereo field handled well. There arent many tricks for the cello per say, as their sounds can be shaped to taste using an eq.
Your track is personal sounding in a very good way. Cellos can be made to sound personal or as grandiose as possible. Its a versatile instrument 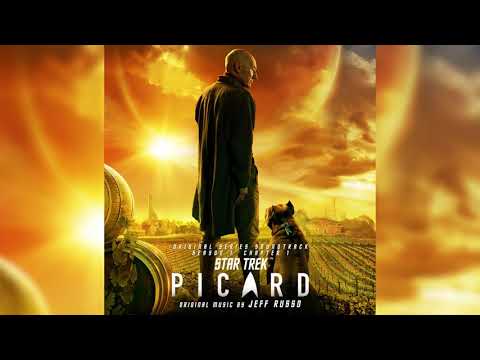 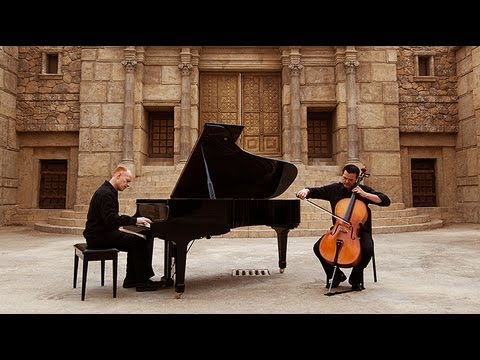 Thanks for the comments folks – I got a notion to add a bit of mandolin on the second ~half of the piece, sunk way into the background with a cave-like reverb, just for some extra texture (read all about it). I kinda like having faint, wind-chimy thing going as counterpoint to that very mellow cello (quite rightly). What say y’all?

Sure lots of room for stuff on there @Chordwainer heck I’ll bet there’s even room for a flute!

Beautiful stuff Dave. I would like to hear the guitar a little more. It has such a rich tone…not that I am pre-biased in that direction??

BTW, that guitar is a Breedlove Organic Concert Bourbon CE model, one I am auditioning at the moment, in the market for a small-body guitar. It plays and sounds great below the 9th fret or so, but from there up, there is an increasing buzz until the 14th (where the neck and body meet) where every string sounds like it has a brick sitting on it. Total dealbreaker, so I’ll be sending it back, but it did great on this recording.

I’ve got two other Breedloves on the way, and will see how they do - this one is great aside from that glaring issue. If they don’t work out, there are a few more to try from Yamaha and Ibanez in this body size, which I’m keen to add to the arsenal.

Sounds pretty good to me for the most part.

There are some spots where the acoustic guitar squeaks quite loud, though. One example of that is at 56 seconds. I would try to tame those high-end squeaks maybe by catching them in the WAV form (lower the volume on the offending sounds). I’m listening through my laptop speakers, so it may be that those kinds of high frequency sounds are more exaggerated, but they definitely popped out to my ear.

Hi Dave, great to hear you’re back doing some recording (in between conquering space)! Very moving piece - I really enjoyed it! Overall the mix sounds really good, but I think you could improve it a little with some really tweaky things.

I can hear a little boominess and muddiness, but it tends to be intermittent somewhat. I had a bit of a dig around eq and dynamic eq. to see what I could come up with…

High passing the mix around 76hz cleans up the low end without losing anything of value. Dipping around 111hz, 169 & 357 hz by around 2-3 db helps clean up some of the boominess and boxiness (mainly the cello), and using some dynamic eq from Waves F6 at 146, 269 & 1143hz helps tame some resonances that pop out on different notes in the Cello (and some of the scratchiness up high).

I put a little overall compression on it too, just to smooth it a bit.

The resonances on the cello are better tamed at the track level, but it’s only 2 instruments, so you can do quite a bit with some overall eq.

Anyhow, here’s what I came up with:

Thanks guys! Andrew, as always, way above and beyond here… Very interesting how a master bus hpf has an effect when all instruments have one of their own already in place. I’ll re-sweep in these freqs on each instrument track first to isolate there if possible. Plus, my usual EQ is Voxengo GlissEQ, which allows any peaking filter to be dynamic to whatever sensitivity one dials in, so I’ll be able to make use of that too.

Edit: forgot to mention, the guitar here is one I’m auditioning at the moment, looking for a small-body acoustic to use mostly in Nashville tuning, rather than the Pimentel grand auditorium I’ve had strung that way (see thread here for more on that). I’ve ordered three modestly-priced “concert” body cutaway acoustics from Breedlove and will try them all out; if none of them feels right, I’ve got some others from Yamaha and Ibanez to try next. Not possible to do in-person guitar shopping these days, so I don’t mind paying the restock fees for the also-rans… Anyway, this one is their Organic Series Performer Concert model with a spruce top and okuome (African mahogany) back, sides, and neck.

There are some spots where the acoustic guitar squeaks quite loud, though. One example of that is at 56 seconds.

Indeed, there are some squeaks and that one is probably the most prominent. It’s not painful on the systems I’ve listened on though, just sounds like a normal finger squeak. I think I’ll live with it, because I like the performance otherwise and in my experience, it’s really hard to remove those without it sounding artificial. I do have Izotope RX though, so maybe it’s worth seeing if I can get it with that…

OK, got a new version in the OP that sounds greatly improved to me. Definitely seem to have tamed the “honk” that was in the cello with those surgical cuts directly on that track. I did put the hpf on the master bus, and adjusted the compression there as well (using Izotope Ozone mastering suite).

Lemme know what you think, this sounds close to done to me… and thanks again for the attentive listens!

The new one sounds really good - nice work! I forgot to mention: I was going to suggest that, as there are a couple of slightly not-quite-intonated-correctly notes on the cello, you might be able to give them a little bit of a nudge with Melodyne.

you might be able to give them a little bit of a nudge with Melodyne.

Did that already, to the max extent possible without inducing artifacts. It was worse before… this is as good as it’s going to get I’m afraid.

Well, my cellist colleague sent me a new take overnight that she’s pleading with me to use, but it’s at 80 bpm instead of the 76 this is at, so I would have to re-do my entire part to use it, and time is getting short… but if so, hopefully it eliminates the pitchy parts, and I’d have the opportunity to be less squeaky…

The Breedlove guitar I used on this is already back in the box to be returned: it has a serious problem in the upper frets, starting at about the 8th or 9th. Each fret has a worse and worse buzz until the 14th, where the neck meets the body, where it sounds like there is a brick sitting on the strings-- total dealbreaker. Sounds great down at the head-end of the neck though and is otherwise a very nice instrument. So happens that the next one to audition arrived yesterday, their Pursuit model with a red cedar top instead of spruce, so I can use that to re-shoot this tune. We shall see…

ah I like the mandolin version the best.
as for the eq and compression, in the last one you may have cut out too many low harmonics from the cello imo. Its going into just about a whiney viola timbre, while subtle, its losing its cello-ness and moving towards viola family if that makes sense. With cello being the only low harmonic generator, you may have to be more precise and relaxed at the same time in your cuts. Wide Qs are the answer.

If you still feel the need to clean up the cello more, you could add some clean harmonics after the cuts, though for a simple piece it is sounding good as is

Had a listen to my cellist’s new take, and although it’s good, it would require me to completely re-do all the other parts, basically starting from scratch. I don’t have time to do that between now and next Wednesday, though, so we’ll be sticking with this most recent version.

Michelle, rest assured that all the cuts are with wide Qs, that’s the only way I roll. I’m not going to do anything further on the cello, it is sounding pretty good to me. As you say, in a simple piece like this, one need not overthink things…

Hi all, thanks again for the excellent input. This one’s put to bed, and the version we’re going with is now in the OP. Cheers!

Yep, great work to me, nice performance and recording.
Room does its job as well and add some character to the recording.
I found the cello a bit prominent on few spots but I think you tried to control them allready.