I had the chance of welcoming a new amp to the family on Wednesday. Friend of mind builds amps and has been refining the Spitfire circuit for almost a year. I’ve been watching eBay, CL, Reverb, and Guitar Center to snag one for him to study. In a years time, this is the first one I’ve seen go up for sale. I’m hoping this will help him get his circuit spot on. 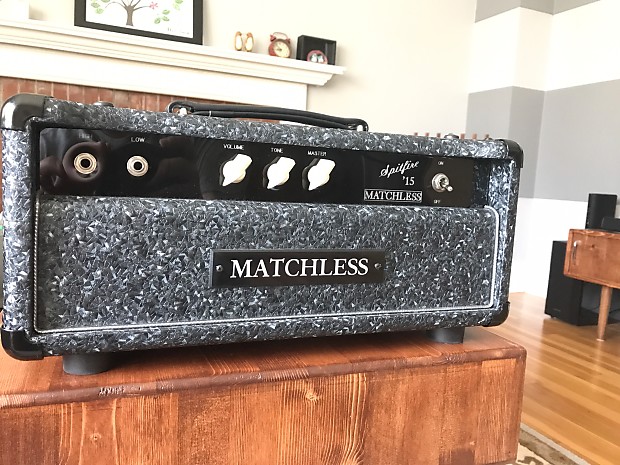 I’ve heard multiple times that simply having access to a schematic doesn’t mean you’ll get a sound anywhere close to a manufacture model with something like this. If I’m wrong correct me on that one. I’ll post some demos as soon as he brings it back so I can record it next to the Phoenix and the DC-30 in my studio spot.

I’ve heard multiple times that simply having access to a schematic doesn’t mean you’ll get a sound anywhere close to a manufacture model with something like this.

Depends on how detailed the schematic is. With gear that you are overdriving into heavy distortion, different parts makers can have drastically different sounds.

Yeah, different component manufacturers at different times did things differently, the length and type of wiring, (cloth covered vintage wire supposedly makes a difference), cabinet wood for speakers at least, new vs new old stock, (the age of the components), any mods that are done, according to who you listen to it all matters. Like hand made anything, stuff can vary from unit to unit in a boutique amp.

Like Boz said, Schematics usually only give values for components, you’d need a parts list to get the exact same parts the manufacturer uses , and even then eqch amp can be different due to wiring/soldering etc changing the resistance and curent values.
But with the schematics your most of the way there

A schematic, even a perfectly detailed one, is a logical drawing of what connects to what. And that certainly gets you in the ballpark, however layout (the physical aspect of which components are near each other and their orientation) makes a difference.

As an example, in a tube amp schematic, you’ll see the wires for the heating filaments go straight through. But if you look, you’ll see that those wires are actually twisted together and also in certain tubes wired sort of like a humbucker pickup to reduce 60c hum. A schematic won’t tell you this.

Likewise stages can feedback to each other, and component physical orientation (90 degree angles gives less feedback than side by side) has an impact on this. Schematics also seldom show when shielded wire is employed, or the fact that when employed in tube amps, its usually grounded just on one end.

Then there is the fact that a .01uF cap might have different characteristics if it is made from rolled wax paper (for example) as opposed to mica.

So yeah, absolutely – giving him the physical amp to look at will be very useful!

Not a lot of knobs on that thing… I just looked up what those things cost, they could have put a couple more knobs on I think lol.

@Jclampitt, Its way overpriced. That plastic shit on the front, fake leather handles, no damn standby switch, and 2 peon little LED’s behind the mini logo is a far cry from the Sampson Era Matchless. Its also cheap wood with plastic corner joints. The Phoenix and DC 30 are built like fucking tanks. Much much better.

The sound, apart from all the corners cut in the build process, is pretty nice. Tried it yesterday through Alnico Cream speakers. Sounded great. Yes, its still a one trick pony, but that tone knob does a lot more than you’d think it would. The Spitfire and the Nighthawk are the 3 knob base model amps with an optional reverb (fourth knob). The lightning is a 2 knob version where instead of having a tone knob, you have a treble and bass. Never played the others. I’d love to visit a Matchless retailer sometime. A few of my friends keep threatening our wives to visit music store in Raleigh or Atlanta to try them out! lol.

Cost to make this is below $800, even with mercury magnetics transformers. This circuit is pitifully simple. I’m convinced it can be done with a little research. 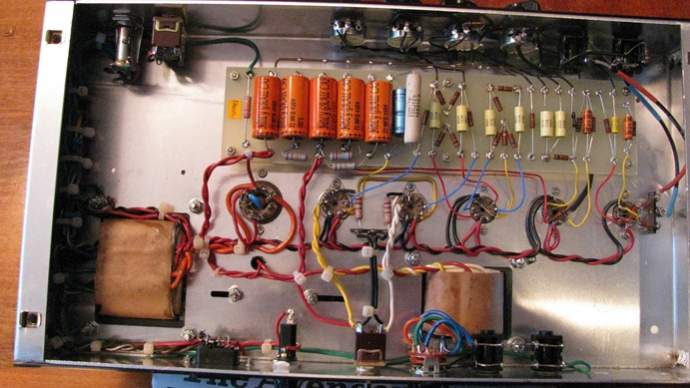 Edit: I’ll get him to take some pictures when he actually pulls the thing apart.

I was just being a smartass about the knobs, but its disappointing to hear they are cutting corners on an amp that price.

Might be worth tracing all that out and building your own and then sell that one!

There ya go. Exactly. I have no intention of keeping it. But I would like to be able to make a phone call and borrow one that sounds EXACTLY like it, if the need should arise.

And I think there is value in helping your close friends and business partners better understand how to clone and mod these ‘high end’ (haha yeah right) amps.