WVH - the beacon of DIAY Musicians! 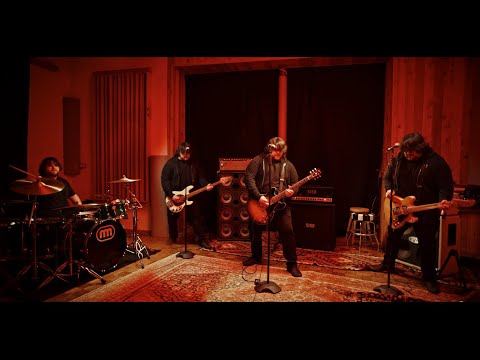 Excellent video! I haven’t seen this one before, though I’m very familiar with Wolfgang Van Halen, since I’m a huge Van Halen fan (the Roth years - No Van Hagar, please !

Wolfgang is a chip off the old block. Talented guy. I’ve heard some of his other music and everything I’ve heard sounds really quite good to my ears.

Wow, that’s awesome! As a huge EVH fan, this rocks my world. I knew the guy was very talented (genetics count for a lot), but he really tagged a lot of bases here. Good to see him push on after the loss of his multi-talented pappy.

I’m one of those who liked both. I was a huge Sammy fan before Van Hagar, so it was almost a match made in heaven in some ways. Though the Roth years were certainly the classic ones for me too.

I hope Wolfe carries on the family tradition; he has the talent.
As to DLR vs. Sammy, Roth was a great showman and frontman, but live his weakness, (as a singer) was singing. He did a good job on the records, but live he was a train wreck running into a dumpster fire. Many Van Halen tunes have about 8 words, and he forgot 6 of them most of the time. I wish Eddie would have had a chance to get past the bombast and just play with a singer who was there to compliment him musically rather than being the ringmaster of the circus. Don’t get me wrong, VH was great, but Eddie was capable of a lot more depth, and could have written his own ticket.

Eddie was capable of a lot more depth

Yeah, I think artistically, he was a victim of his time. There is absolutely no doubt of his incredible virtuosity and how far he took the sophistication of the guitar as an artform, and even in terms of pure sonic innovation…

In terms of the how the songs are viewed from a historical perspective though, I think maybe both the instrumental prowess and the “de rigueur for the times” presentation tend to overshadow any propensity for “depth” or gravitas.

…Possibly that is one of the reasons why WVH has taken such a solo approach to his own music?..

In terms of the how the songs are viewed from a historical perspective though, I think maybe both the instrumental prowess and the “ de rigueur for the times” presentation tend to overshadow any propensity for “depth” or gravitas .

I think all music is informed and influenced by the times it was created and performed in. I don’t know that you can step outside that, or if you can there would be only a handful of examples. Music historians have tracked things like that, quite fascinating really.

It reminds me of the idea of “working within your limitations.” While Eddie was capable of a lot of things, he was dependent on his fellow musicians and creators, the record company, etc. Perhaps his saving grace was that he wrote and played the music he wanted and didn’t bow to public or critical opinion (that I know of). And he was incredibly adventurous. He taught us so much more than what his performances actually reveal IMO, just by being who he was. I think the depth and gravitas are there in the studio production, since there’s (arguably) only so much you can do with songs. “Using the studio as an instrument”, as it were.

Possibly that is one of the reasons why WVH has taken such a solo approach to his own music?

I think it does help when you play all the parts yourself. It gives you a “leg up” as it were. Or in this case, 8 legs.

The “hey Wolf” video approach seemed like a stroke of storytelling and video production genius. It’s a bit corny perhaps, but enormously fun!

In terms of the how the songs are viewed from a historical perspective though, I think maybe both the instrumental prowess and the “ de rigueur for the times” presentation tend to overshadow any propensity for “depth” or gravitas

First off I really enjoyed the video, thank you for that! Yes it’s corny and the music is not breaking new ground really but the whole thing seemed like it was aimed at us, the DIY crowd as you say, and it is entertaining which is the bottom line really.

The whole VH phenomenon is interesting. According to DLR he found the VH brothers doing note for note ‘shoegazer’ rock covers of Live Cream tunes, long and detailed with great playing and zero stage craft. DLR was a business man above all else so VH ended up mainstream and Eddie’s brilliance was just icing on the cake for us.

Without that commercialization you have Guthrie Govan or Tosin Abasi instead of Jimmy Page or Jeff Beck, all virtuoso players who don’t sing.

The whole VH phenomenon is interesting. According to DLR he found the VH brothers doing note for note ‘shoegazer’ rock covers of Live Cream tunes, long and detailed with great playing and zero stage craft. DLR was a business man above all else so VH ended up mainstream and Eddie’s brilliance was just icing on the cake for us.

Eddie has said in interviews that Eric Clapton was a huge influence on him, and that he learned those songs note for note in his early years. So covers of Cream makes perfect sense. He also stated that you wouldn’t hear the Clapton influence in his music though, at some point he consciously decided to “not sound like anybody else.” People tended to compare him to Blackmore, Beck, and Page. Those did influence him to a degree, but largely their use of the whammy bar he says. Eddie Van Halen about how Eric Clapton influenced him

Eddie Van Halen is one of the best guitarists of all time that changed Rock music by the end of the 70’s with feeling and his technique. Back in 1979, after the release of Van Halen‘s second album, the guitarist talked in an interview with...

I always thought of DLR as primarily a showman, but I’m sure he had a really good mind for business too. His father, Dr. Nathan Roth was a very successful ophthalmologist, and was featured on the TV show “Lifestyles of the Rich and Famous” in 1984. In contrast, the Van Halen family struggled financially as recent immigrants to America. Were it not for Roth (and his father financially supporting the band to a degree), presumably, we would have never heard of Van Halen and Eddies impact on the music world.
. 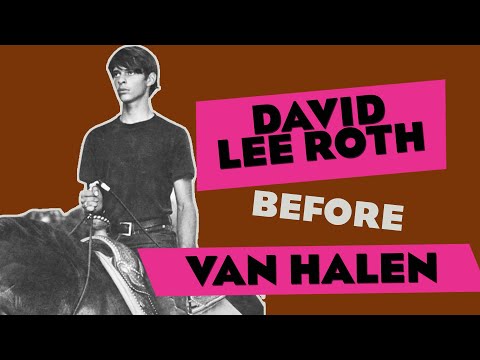 In my opinion and musical taste, I believe Van Halen had everything that makes for a truly great hard rock band. For me they lacked nothing. I wouldn’t put any band above them. Their first 4 albums were great hard rock albums. Even their 5th and 6th album showed greatness and flair.

Eddie was an innovator who was very diverse in the things he could do musically.

Roth had a very characteristic voice and style, he brought humour and wit to the songs. He could pull off a really cool bluesy vibe or he could get jazzy. He wasn’t a guy to perform sober (neither was Eddie VH), and he seemed to focus more on the showmanship or ring leader aspect than the vocal performance but he had a real cool, “brassy” baritone voice. Although, there were times when the vocal performance suffered during their inebriated and coked up shows.

He had loads of style and technical ability. He had a very identifiable sounding drum kit (particularly his snare drum).

Michael Anthony didn’t have a particularly distinct uniqueness as far as his bass playing but his vocal harmonies really added a lot of colour and feel to their songs and his background vocals are easily identifiable.

Every instrument and voice that you heard on the first 5 or 6 Van Halen albums had a very distinctive sound that could quickly and easily be identified as “Van Halen”. Most, if not all other hard rock bands, or bands of any style in general don’t have 4 members each with a strong, identifiable sound unto themselves.

Totally agree with you, they were an amazing live band, and Eddie of course reinvented what modern guitar playing was. My only disappointment was that after VH Eddie never really bothered with trying to put something else together. He probably didn’t feel the need to, and his health didn’t help.
His playing, with the exception of his live solo, was a series of virtuosic snippets of what he could do, and followed the recordings pretty accurately. I would have liked to see him more as a soloist without the confines of the VH show, but he didn’t feel the need to separate from the VH format.