Why Bash when you can Pulverize?

I will take the skinny on this track if you will indulge me and, forgive the cursive exclamation marks, there be less than a few. 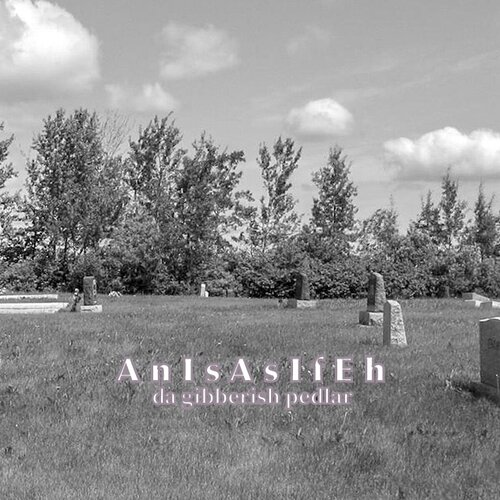 Here is a new mix and master.

Let me know if it is better or worse.

It’s compelling in a strange way. Listening on my phone, so no mix comments other than to say the voice is out front where it should be, and the rhythm and drive of the song help bring out the anger.
The song has a great atmosphere, like I’m drinking strong coffee in a Lebanese cafe waiting for a bomb to go off.
I’ll listen again soon on better speakers and give mix comments if I have any, but it is a cool tune.

like I’m drinking strong coffee in a Lebanese cafe waiting for a bomb to go off.

It is more than a joy when the feedback gets creative and descriptive such as you’ve offered.

I like the vibe. It reminds me of Reggae and 80s pop. It sounds really cool during the verses and I really liked the into and guitar solo too. The only things I didn’t like is that the chorus sounded smaller and weaker than the verse and sometimes the vocals seemed to overpower the other instruments instead of sitting inside the track. Nice track though.

the chorus sounded smaller and weaker

I wasn’t too fond of the chorus lyrics in the beginning. Maybe I unconsciously sang it with less gusto or something equally sacrificial.

Thank you for your ears and reply

Really digging this song. Well played and sung. I am not so crazy with the mix. Right off the bat the whole thing feels like it is stepping on itself in the center. I would be interested to see how you have the panning going on this because it does feel most is down the center.
And then frequency wise some of the guitars feel like they are taking the same space which would probably be cool but they are also seemed to be panned close like at 1:40 with the acoustic and the electric.
Thanks for sharing.

feels like it is stepping on itself in the center

Yup, I knew I was only kidding myself when I said I am settled upon it all, it all by meaning not throwing myself against a wall in a most and utter unflattering manner during the mix and mastering of the entire catalog which I’ve redone a bazillion and a half times at present… lol.

I brought up the file and screen shot every frequency and panning on every voice and instrument in the mix. I then screenshot all the mastering decisions. It all looked strange. I digress, this track got “settled upon” about 40 songs ago so, some of the things and choices I did and made later, I didn’t do here.

Another comment on my other recent bash mentioned my master sounded almost done in mono… so, yeah, no, I didn’t do mono but my settings… yeah, okay.

I remember the issues I struggled through in the beginning on this song and so with your reply under my belt and back of my mind I decided to try and remix and remaster.

Uhm… lol, some of the earlier issues I had are less than what they were but just in the couple of hours of working with it, the almost fully healed lumps on my skull started to throb in anguish once again so, yeah, I’ll post an update at some point.

thank you for your thoughts

Yeah, I hear you it is an extremely frustrating and yet oddly enjoyable task. I am hoping that one day I will be able to get to a mix I like relatively fast but that one day seems a long ways of at this point. I would suggest though that you don’t stress it. If you really like a song make a couple of projects and mix the thing radically different in each and then let them sit for a while then have a listen to each of them and see what you like and dislike in each try to use that for your final mix and move onto the next. Or post them on here and see what people think. Take their thoughts with a grain of salt and make a mix and move on.
If you really like the song you can always revisit it later when you have more perspective.
I look forward to hearing your new version.

Take their thoughts with a grain of salt

I have made mention to that piece of wisdom many times before and usually in the form of or something like; “it is one set of ears among a sea of several billion”, the only problem with that is, how to reach the ears that might fancy the songs you’ve written. My 1st instinct has always been to have the songs sounding right before dangling them out over the sea in hopes of snagging some carp or something non-shark like but yeah, radio might’ve killed the video star or vis versa but streaming killed the professional inside the engineer. How many years did it take the older old-timers to cut an album… like, 100? Folks rattle them off like nickels at the mint these days.

Anyways… rambling aside… there is one foot kicking at the dirt to my grave, today is the day as it has always been and it is just how well or ill use of it I make do with on any given breath that makes the difference.

I love Damn Dang Darn and from this earlier morning’s work with it, feel pretty good with the early results. It is almost down to testing time now that the day is well off on her way where I can turn it up!

what drugs you on, got and are willing to share?

Ha ha, no drugs just trying to keep perspective on everything.

Anthony,
Thank you for checking out my music! Now listening to your first mix: audio-wise everything sounds very good to me! I was better off not reading the lyrics, because of some of the naughty words and negativity. I wouldn’t have caught half of the naughty words without reading the lyrics. The melodies are very good. Everything is played very well; the singing is good too. I noticed the second mix was quite a bit louder, but you didn’t over-compress it in my opinion. Some huge bands sometimes over-compress their songs & I find that very fatiguing, very fast (them, not you). Change some of the lyrics, and I’d think it was all excellent. I know many others wouldn’t care about the f-bombs. Cheers! By the way, curious what state or country you are from.

Thank you for checking out my music

because of some of the naughty words and negativity.

The majority of my catalog is dedicated to my horrible ex wife who used The Parentally Prejudiced Portion of Canadian Society to screw me out of everything she could. Verbatim, “you have nothing good to offer, I want a divorce!”, meanwhile she’s bedding down with her first teenage sex partner, yes dear, I am the problem in this relationship… er… I could expand on my distaste for that person but I’d need a few dozen or so or more pages to really highlight my uhm… uhm… what would one call it? Hmm? "I love the woman I thought my wife was when I married her, I have zero use for her today.

I try to explain my f-bombs like this… they are exclamation marks but I appreciate that not everyone will care for the justification.

curious what state or country you are from.

Thanks for the reply and the civility.

Ouch. No wonder you are a little bitter. Hopefully your song is a bit cathartic for you. No question, my first 2 serious girlfriends would have divorced me if I had married them. Both of them did me a favor by dumping me. The last girlfriend was in the process of leaving me when I wrote a song about her, criticizing her. I played it for her. She didn’t like it. Several months later she married someone else, and 2 weeks later she wanted out of the marriage. She divorced the guy a year or 2 later. Before I met her, she smoked some pot that she didn’t know was laced with some hard drug. Because of that hard drug, she ended up in a mental institution in Japan (she was visiting Japan on vacation) for a while.