Why aren't there more women working in audio? 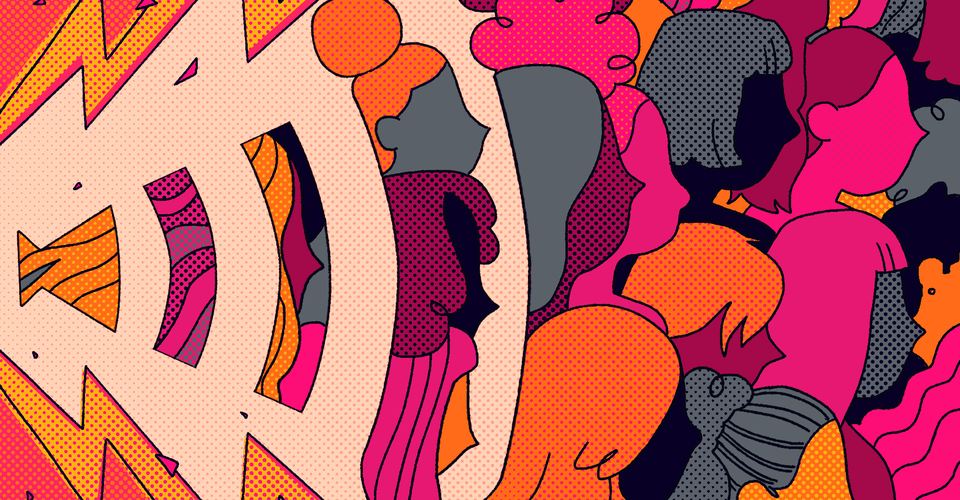 Why Aren’t There More Women Working in Audio?

Like with many STEM-oriented fields, music production and sound engineering are dominated by men—though that’s very slowly changing.

Any thoughts on this one?

Be careful with stereotyping, you may end up lonely, and we wouldn’t want that. There would be more women in audio if it was more attractive to them. No different than construction, or any number of other trades or professions.
Let’s face it, making a living in audio, or music, or anything related can be very rewarding, but the struggle to be reasonably successful at it requires a level of commitment and just plain hard work that many times far outweigh the payoff.
Maybe a better question in this case is why women are so much smarter than us in their career choices.

Wage gap is a separate issue, at least to me, and really I was saying that in jest. However, now that you mention it, let’s explore that for a second. My point was that “Audio” as a career choice can be very daunting for anyone, and for women, the fact that it is a male dominated career with no benefits and low pay for the majority who pursue it may shy women away from that choice due to intelligence and self preservation. If wage gap is thrown into the mix, that would seem to further dissuade women, since they would prefer to be in a higher paying category to start so their net income would be palatable considering the wage gap.
As far as the wage gap is concerned, my view is if two candidates are equally qualified for a job, the pay and opportunity for advancement should be the same. Not just for men vs. women, but in all cases. Unfortunately, in the audio business, for the most part there is no wage gap, because very few are making any money at it.

They’re obviously not. That’s why the wage gap is such a big deal, they select lower paying jobs and then try to bitch and moan about income equality. We already have an equal pay bill, we have since 1964. The wage gap is real, the pay gap is bullocks. At least in the United States.

Easy there, buddy. I know how you get when you start getting political. Your passion is admirable, but sometimes it’s a bit much. You’re walking the line, mister!

How often do you see a woman doing/talking about the same thing for more than an hour?

I work in the computer field (VLSI chip design) and while we have a few women engineers, it is dominated by males.
It will take time, as do all major social changes, but men can help accelerate the process by being completely professional in their interactions with female co-workers.

A lot of women don’t choose jobs in technical fields because they are treated poorly by the men in that industry.

What’s your definition of a technical field?

I wouldn’t be as quick to call sound engineering any more of a technical field than cooking. Does merely the aspect of technology itself distinguish the two? Then what about graphic design? I tend to view them as artistic fields, which is why I’m surprised its not picking up faster for women. I also find myself wondering why classical music is so much more gender balanced than other areas.

I would wonder if it has more to do with traditional gender roll, but then when I look at a fields like medicine, journalism, and law, there’s an awful lot of women in a profession that was almost exclusively male dominated less than 100 years ago.

It will take time, as do all major social changes,

Thats a good thought. The question would become why other job fields have progressed faster.

Could this have something to do with it? That the technical side of sound design (though artistic in many ways) is just far enough to the engineering side of things that guys gravitate toward it a little more naturally?

And I wonder if the manual labor side has anything to do with it. I have a hard time seeing how the construction and rigging aspects of live sound and sound installation wouldn’t have a bent toward the male workforce. With that particular part aside, as @JayGee said, I can’t think any possible reason a female would be ANY less capable than a guy at writing code. Matter of fact, I’m almost certain that couldn’t be the case lol.

Yeah, men use the left side of their brain more and women use both. That’s why they make connections. They’re much better communicators, men are better at practical shit. Watch this.