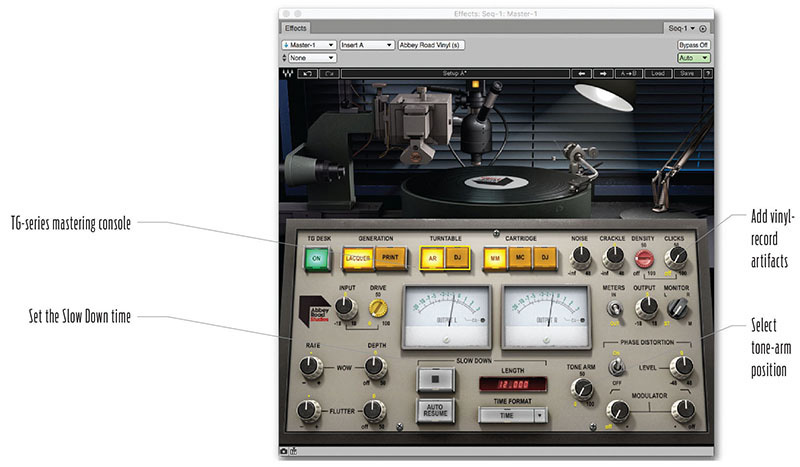 I just bought this with my $300 of free credits from the W-up renewal.

It’s…well…cool looking…and amusing to play around with. I don’t really know what I’d use it for. But if I didn’t buy something with those $300 credits, they were going to expire at the end of February, and I have almost every other Waves plugin lol.

If vinyl is such a great format, then why not just mix, EQ, and master material to sound just like vinyl without having to actually play it on vinyl??

I mean, I constantly hear people say things like “Vinyl. Hear your music the way it was MEANT to be heard…” As if the material is in it’s purest form when it is on vinyl. I love listening to vinyl, don’t get me wrong, but I certainly don’t listen to it because I feel like I’m getting something with more detail… quite the opposite!

I just can’t understand ever going back to a physical format where every play degrades the medium the music is recorded on. Vinyl and tape are things I’ll never use again.

Totally agree with Bryan, with current tech, you can make it sound exactly that way with processing, if that’s what one really wants. I think “vinyl purity” is just another form of snobbery, frankly. Just another way for hipsters to feel superior, like wearing a t-shirt for a band nobody’s ever heard of.

No offense to those who love vinyl! But it ain’t better, IMO.

HAAAAA! I just figured out what to do with this!

Any time you crave some old school vintage tones, open a Beatles, Stones, or Aerosmith mp3 in Audacity, then stick the plugin on the master output.

Convince of digital - Sound of vinyl. Best of both worlds! For only $250. Right? Dang. I most certainly would not have this plugin if I didn’t have that voucher to get it free.