I’m curious to hear what you folks make of the new Slate Digital VSX monitoring headphones product. Priced at $899 AUD which I think is about $650 US and EUR - 560.

Is it just a pricey way to find that my mixes sucks on multiple settings, or a practical way to identify mix issues without leaving your room?
General thoughts? 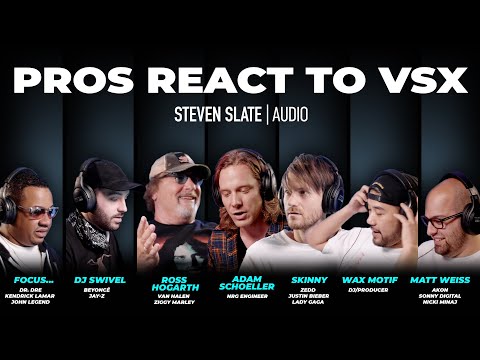 I hate mixing on headphones, but if I had to do it, I think this is a great way to go.

Let’s look at the alternative: I have a pair of Sennheiser 650hd cans - they retail for about AUD$600. Add Sonarworks Reference 4 for headphones to flatten out their frequency response - that is another AUD$200. Waves “Abbey Road Studio” room sim software is on sale now for around AUD$69… so that’s a total of $869…

It could work, I guess - I’d probably trust an integrated system like Slate’s a little more, though. All reports are that it seems pretty good. I think I would go for it if I had to move to an apartment. If I was going all in, I’d probably ad a Subpac to it for the full “authentic” experience.

Yeah, I wasn’t sure what folks would call “pricey”. I guess it’s pricey if it just confirms that you are unhappy with your mix!

Im old school, but listening to McCartneys RAM album is mucho-grande with sounds everywhere and all over the place… nothing to do with sales, and it helps he had a previous job in the beatles…but his solo RAM is almost an art at moving things around a lot. It might even help make up for a average song. HIghly recommend RAM for a listen, to the mix, not the songs or Billboard current fad’s…hear how a sparse song is made lively with pans and sharing spotlights with instruments.

I haven’t tried it, so I can’t really offer opinions on it specifically, but I have tried other speaker modelling software. Years ago someone at Dolby made some and they sounded amazing. I put them on and when I heard sound, I took them off because I thought there was something coming from the speakers.

So basically, my experience is that when done right, it can sound really good. When not done right, it’s totally lame. I have no idea where the VSX falls on this scale.

I actually bought the Waves version and stopped using it after two weeks or so.
The idea of it is intriguing; if the software developer gets everything right and calibrated it using one specific set of very good headphones, then in theory they can develop a standardized monitoring system with predictable results in any room. It could also be cost effective vs. the expense of good monitors, but it’s definitely a niche product.
Kind of impractical for a producer/engineer to have to pass the cans around for people to hear the mix, so monitors would still be needed.