This cracked me up!

I’m not going to clog up Eric’s @redworks other BTR thread with this nonsense, but I just came across a video on the subject of Hip-Singing which cracked me up! I’ve time-stamped it to start a the point that had me almost rolling on the floor laughing. 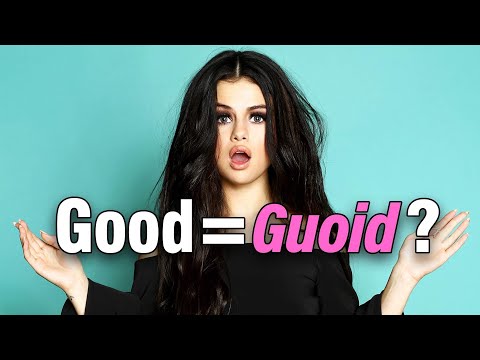 As an Aussie, I find Americans are hilarious with their perspective on other nations’ accents!

What she talks about in regards to changing the sound of words is what I was talking about in the the Flute Cafe’s thread, “Do Vocals Define Music Production”.

Accents are one thing, considering that lots of great songs are not sung in the first language of the artist. For instance, the Scorpions’ Wind of Change sounds a little clunky to me, but it is still great, and us Americans are too proud of ourselves to ever try to write a hit in Russian, French, Italian or Chinese.
The operatic vowel thing in rock music does bug me from time to time. Steve Perry comes to mind. I know he is properly trained, but Worlds Apaaaht, and Open Aaaahms, are a bit much. I think Meatloaf used the handkerchief to imply the operatic approach without actually overdoing the vowel thing.
You have to give people people credit for trying. I was on an eight day cruise, having cabin fever, so I stumbled down into one of the lounges for some drinks and music. On stage were four guys from the Philippines, who just barely spoke English. The bass player was barely taller than the P Bass he was playing. When they started playing Taking Cur of Beezeness by BTO, I knew I had entered a new musical dimension.

When they started playing Taking Cur of Beezeness by BTO, I knew I had entered a new musical dimension.

Haha… Yup accents can be hilarious. I recently posted a mix that was from a guy who was either Swedish or Icelandic (not sure) here:

This is a track I mixed from the Audio Mix Club Website It’s my initial mix. I still have some more detailed work to do to it (vocal details, automation) but this is the basic shape of it. It would be good to get some feedback on it. Here is the original, released mix: [IT'S NOT YOU - Maxx Lucky]

… but the “hipster” or “indie” accent referred to in the video is definitely an affectation that has nothing to do with where a person is from, or their mother tongue…

… which is nothing new, as she points out in the video - singers have been affecting accents forever… “Left a good job in the city, woikin’ for the man both night an’ day” and on and on and on…

… or even if a fella from Caboolture (just north of Brisbane here) in Aus, decides to affect a nasal twang that suggests he grew up in the Southern US, and subsequently becomes the biggest thing in Country Music…

As she also points out in the video however, these pronunciation anomalies in previous generations generally weren’t imitated slavishly worldwide, as this current trend is now. Generally speaking, artists came up with these things to set themselves apart from other artists, or to accommodate awkward lyrical phrases… But I get the impression that this latest fad is just unthinking imitation. On shows like “The Voice” these type of singers are simply described as “sounding modern”.

I thought it was funny the the only Australian singers the video woman was familiar with were Olivia Newton John and Keith Urban. Had she never heard of Michael Hutchence of INXS? Colin Hay? (Men At Work), The Bee Gees? (also ex-Brisbanites). How about The Little River Band? Billy Thorpe? all had big success in the US.

If you want an example of an Australian singer who had success in the US and sang in a truly Australian accent, look no further than Midnight Oil’s Peter Garrett: 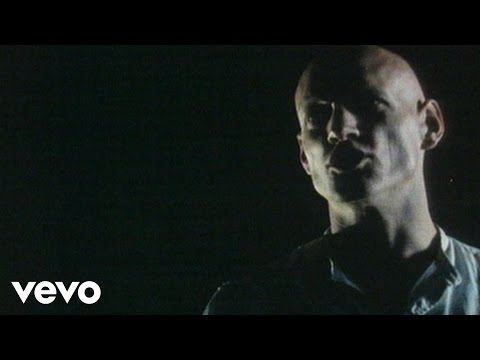 Now, if you want an example of some who developed a completely bizarre accent for singing that became an inimitable style that truly set him apart, witness the incredible enunciation of Australian Crawl’s James Reyne: 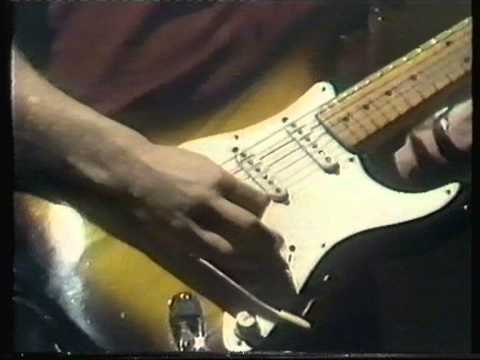 This song is called “Things Don’t Seem (to be going right)” BTW. I think I’d probably known this song and sang along to it for about 5 years before I ever had any clue what the lyrics actually said! (and that includes the chorus)

It’s appropriate then, that one of their most famous live cover songs was “Louie Louie”: 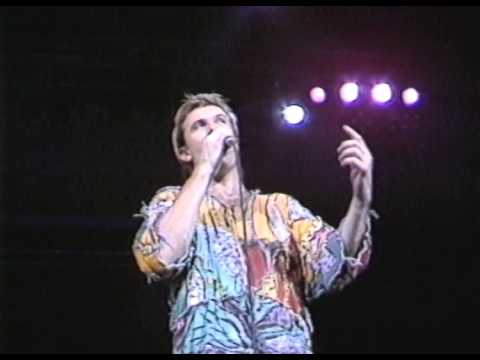 I saw James very recently in concert - it was most excellent. He’s 62 now, but unlike many performers his age, he is still as vital as he was in the 80s, and he has a killer band.

…Now, just don’t get me started on the current “guitar waving” fad.

Omg…chuckle!
I have always cracked up at being told I have an accent…
Which has only ever been commented on by those from the USA.
I do remember questioning that some years ago in the Bash dept, this was funny to watch but in an awkward sort of funny!

Just for the record, in everything I have heard from you here, your accent sounds theatric, and adds to the vibe of your compositions. There is never any awkwardness involved in your pronunciations of the lyrics. It just sounds like you.
It never sounds like you’re trying to emulate bastardized American or English affectations, like me trying to sound like I was from New Zealand. You’re uniqueness is global.

Are you talking about the back and forth pitch changing deal. I do that with my fingers. It used to be an indication of a wimpy neck. I don’t gravitate toward guitars that are that flexible. I want to yank it out of time with my hands if needed, not show off a wimpy neck.

Are you talking about the back and forth pitch changing deal.

Not exactly. I’ve copied the videos below to start at the time-stamps that give an example 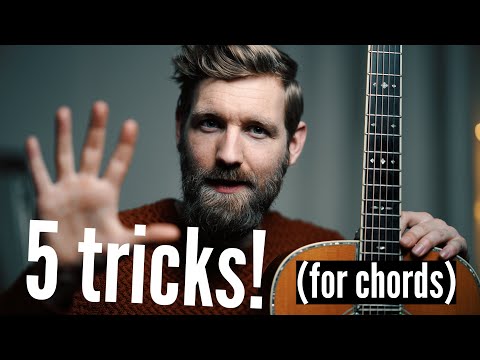 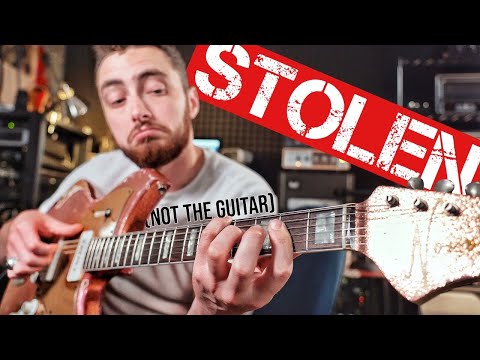 Whenever these two guys play chords they do the same thing - “Neck Waving” I call it - the gentle back and forth waving motion.

Now, I learned classical guitar technique and I’m aware of the back and forth vibrato that pull the string sharp and flat respectively… I do it myself somewhat when I play electric, but what they are doing is something completely different…

I’m aware, of course that you can “bend” the neck to create pitch undulation too. But as you say, this may be somewhat doable on a guitar with a wimpy neck, but on an average, well made guitar, it takes a LOT of force to make any audible difference to the pitch of a chord by “bending” the neck… I know, I experimented!..

…I saw these guys doing this thing constantly. I wondered why I’d never seen Clapton, Beck, Knopfler, Moore or even Tim Pierce or Phil X do it. I thought I must be missing out on some new trick, only recently discovered by 30-something and under guitar players…

So I experimented extensively to see if there was any audible difference made by gently waving your guitar neck as you play a meaningfully pensive chord voicing. Nada, nothing, none at all…

In fact, the level of force needed to shift a Stratocaster neck to undulate in pitch is actually quite herculean, and there is no way in the world you can look cool, nonchalant and sensitive as you do it. I looked more like a road worker wrestling with a crowbar…

I thought John Mayer might be the culprit, but despite the stupid faces he pulls, I couldn’t spot any useless neck waving in his playing. As much as I’d like to blame him, I can’t… He definitely subscribes to the traditional SRV school of “wrestle the guitar like an alligator”

Whenever these two guys play chords they do the same thing - “Neck Waving” I call it - the gentle back and forth waving motion.

Ace Frehley from KISS does that a lot. It seems like more of a showmanship thing with him, but it does give a bit of vibrato. It seems like a poor man’s technique. I would think a guitarist using their fingers to do vibrato would be much more effective for getting a variety of different vibrato sounds. I’m thinking that the “neck waving technique” is more for showmanship than actual sound manipulation.

I wonder if it was started by Ace Frehley?

Ace Frehley from KISS does that a lot. It seems like more of a showmanship thing with him, but it does give a bit of vibrato.

I tried to find an example of him doing what they do, but I couldn’t. He tends to move the guitar neck up and down, not forward and backward. From what I could see, its does more of a violent “shaking” action, which does yield some vibrato.

There is a little bit of back and forth “shake” in this video that I made of me recording live… but it’s probably more of the “classical”-inspired vibrato technique Bob @StylesBitchley mentioned before. 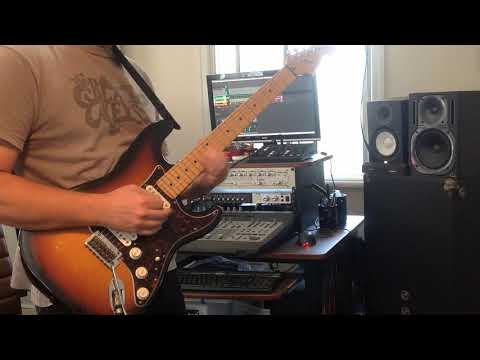 This video I made a while ago (inadvertently) shows just how violently we guitarists tend to be in the pursuit of vibrato. I had the camera attached to the headstock of the guitar, and since it is just the camera audio, the you hear the camera mic contacting with the clip (right channel) as I shake the guitar around: 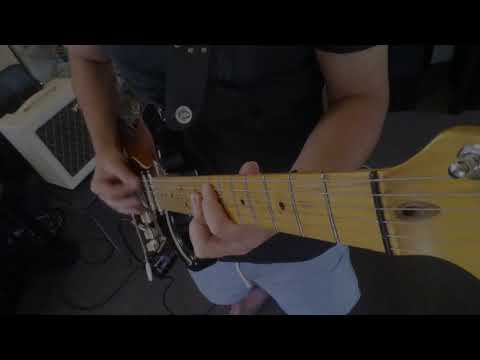 In any case, I think those Rhett and Paul are too young to have really been into Kiss and Ace.

Yeah, regardless of where it came from, I think this is just for show, even if the players themselves imagine it is making a difference.

Here’s the thing, in my own experiments with GGNW (gentle guitar neck waving)

I found that, because the guitar is moving in space relative to your ears acoustically, you as the guitar player, perceive a very slight “doppler” effect.

However, even if you are playing an acoustic guitar, this effect is not evident to the listener, because their perspective is different, so the change in position relative to their ears is not evident…

… And, as far as playing an electric goes…well, there is no change in the sound at all, since it goes through a pickup which remains a constant distance from the source regardless of the amount of theatrical GGNW that happens.

I remember watching the Faux Cowboy video a month or 2 ago and I really liked that chicken pickin’ kind of bluegrass vibe, but I didn’t remember the bass having the impact that it does when I listen to it now.

As I listen to it now on headphones, the bass seems really strong and really helps the song groove along. Maybe I was just focused on the guitar when I heard it the first time, or it’s possible I just listened to it through my built-in laptop speakers, without headphones.

I think anyone doing the guitar waving thing should be locked in a room full of huge TVs playing Paul Kossoff videos for thirty days.

I think anyone doing the guitar waving thing should be locked in a room full of huge TVs playing Paul Kossoff videos for thirty days.

Yup - THIS is how you do vibrato:

“Scuse me while I kiss this guy” (Jimi Hendrix)

Yes, I think a lot of us were drawn here originally by our desire to record an unending supply of guitar strangling and attempt to make it sound like we know what we’re doing. The good thing about waving the guitar is that since it does mostly nothing it’s hard to screw up.

The good thing about waving the guitar is that since it does mostly nothing it’s hard to screw up.