What daw? Logic has at least 4 or 5 like you described, stock. Pro tools does as well but you have to kind if dig into the avid site. Other then that do you use Kontakt? Or Waves makes instruments as plug ins as well. There are so many its hard to even recall one, otherwise I would. I would look into Kontakt instruments first!

I use reaper and Kontakt. Wich Kontakt instrument you recommend? I thought it was just a sampler.

Thanks for the reply!

Xfer Serum is a great starting point. It’s a class of synths called a Wavetable synth. Similar to NI massive.

Arturia are pretty common, but they’re limited in scope. They are known for modeling old school synths. They do this very well, but no vintage synths has the range of capabilities which a modern synth has.

IK, UHe, Rob Papen, Native Instruments and Waves all make good stuff. All of those can be used in a DAW. If you have any questions on specific ones, feel free to ask.

I would look into Kontakt instruments first!

I use reaper and Kontakt. Wich Kontakt instrument you recommend?

@Tmasterp - My understanding was that he needed a good all-purpose synth. Most of the stuff in Kontakt is sample libraries… The bulk of Native Instrument’s multi-purpose synths are mostly standalone or live inside Reaktor vs Kontakt.

Anyway, I am trying to find something that lets me manually add harmonics and change the timbre the way I want.

What do you mean by that? And also, what are you looking to spend? If you’re really new to it and just looking to explore, Helm is a nice synth that is free. 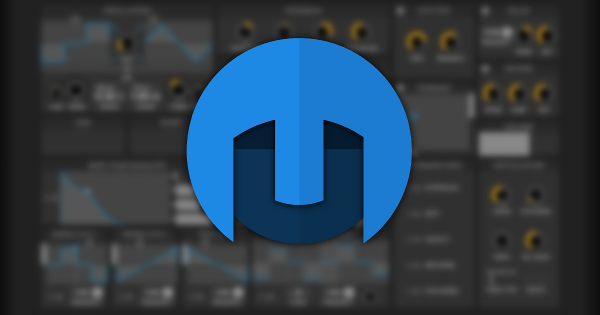 Helm is a free, cross-platform, polyphonic synthesizer with a powerful modulation system. Helm runs on GNU/Linux, Mac, and Windows as a standalone program or as a LV2/VST/VST3/AU plugin.

I’m not sure the interface is what you’re looking for, but it’s a pretty standard one. There’s a lot to learn when it comes to programming synth patches, and if you have the skills you can certainly create the sound you’re going for. And if you are interested, here’s a course for learning about synths:

Syntorial is more than just another synth tutorial. It's video game-like training software, that will teach you how to program synth patches by ear.

I’m hoping for a Black Friday sale so I haven’t bought it, but I have started to go through the free lessons and I quite like it!

Anyway, I am trying to find something that lets me manually add harmonics and change the timbre the way I want.

What do you mean by that?

I want something that let me add overtones manually. For example, I wanted to change so the ovetones dont match the patern that happens in real life, so i can use diferent kinds of microtonal scales and other crazy suff.

Thanks for the reply

I want something that let me add overtones manually.

That would be called an ‘additive’ synth. This is different than a wavetable synth, a subtractive synth, a vocoder, and a granular synth. Those are your 5 distinct families of synths.

so i can use different kinds of microtonal scales

It’s possible you may be confused on what you’re actually wanting the synth to do. I’ll give you a run down on how synth artists typically achieve a microtonal scale system, but the best thing to do at this point is round up some examples from online and post them here. Check out Serum and Omnisphere first, and tell me if this is what you’re after. If not, try and find some stuff on youtube that resembles what you’re doing for, then post a link to it.

Default microtonal scale systems are partly a function of the DAW. Logic Pro and Ableton have sample playback engines which allow users to adjust the fine tuning certain notes on a Midi keyboard while leaving others un-adjusted… This enables us to create microtonal scale systems. Pro Tool and Reaper users often have to use the instruments built in pitch adjustment system, create the microtones then resample them into a playback engine. We would then re-assign the 12 black and white chromatic keys on a midi keyboard to correspond to the respective keys.

Andreas, you need to clarify if you can spend any money on this, and how much. There are simply too many on synths on the market to recommend something if you do not clarify what you’re after. What you’ve described is not clear.

There’s a Synthmaster expansions sale at the moment. Each expansion pack $ 4.00, and you get Synthmaster Player for free, so you can use the expansion sounds.

thanks for the reply. I wanted an additive synthesizer, but I didn’t know that was the name so I didn’t know what to search. Thanks for clarifying these things, I really knew almost anything about this topic haha.

Andreas, you need to clarify if you can spend any money on this, and how much. There are simply too many on synths on the market to recommend something if you do not clarify what you’re after. What you’ve described is not clear.

I don’t have a budget yet because I wanted to first know more about synthesizer so I would know if I need a paid one for my project, and what kind of synth I needed for it, so I still searching.

Cool man! Let us know what you end up with.

FM8 by NI is the most widely known distinctly additive synth on the market.

Recommended via the REAPER Blog. I haven’t tried it, but thought of this thread when I saw it!