OK, I put new strings on the LP.
When I got the guitar I got an additional set of D’Addario extra-super light gauge… .008
I got rid of the factory strings, which I thing was 10 gauge and put on these 8 gauge.
Sure, they are easier to play, but I feel I have lost all the “cream”.
I also find it more difficult to do the overtone squeals, although this could just be “muscle and placement” memory needing to be reprogrammed…
But what I really think is weird is the loss of “cream” on the three higher strings, they now sound like a goddamned synth - not like a Les Paul at all…
How the hell does Billy do it?
Perhaps I will try nines, but I am ready to class the 8 gauge episode a dead-end excursion…
What do you guys reckon?

I guess it depends how you play and what you are playing, but 10s seem pretty ideal to me on les Paul’s and everything else. I can get by with with 9s but they feel too thin and bendy. That’s probably because I’m a shitty guitar player that just bashes away on power chords all the time though lol. For lower tunings I’ve been needing to go with heavier gauges than 10, but I really dislike the feel of the thicker strings as well. 10s seem ideal to me.

On my tele I have 8’s and they do fine for what I need them to do. I am in no way serious about my guitar playing though, so …

Pinch harmonics become a little more difficult when the tension of the strings goes down, but that’s something you’d get used to after playing them for a while. By losing the “Cream” that you are referring to, I think the smaller gauge gives you a little less output, so the pickup is affected. If it was a full set, then both the B and G strings are smaller, so less tension, less output, and believe it or not, you would probably benefit by doing slight adjustments on the pickup heights too, since the strings all are now a couple of thousandths further from the pickup.
Changing the gauge also slightly changes the intonation, did you happen to check that? Having all the strings in tune with each other helps the fatness of the tone by getting the harmonics helping each other. The nut slots now also have more room than before.
If the heavier gauge is not uncomfortable to play, I’d stick with that. I always got better definition with thicker strings, and you can hit it a little harder without having too much excursion.

Thanks guys, I think I’ll be going back to 10s. The pickups I have are not super hot either. and I do feel that loss of power.

I also use 10s. I like more of the string sound that comes through. Longer scale guitars, like Fender, have slighly more string tension vs a shorter scale Les Paul, but one gauge seems to work for me on all just fine.

I personally use the XL set from D’addario - which is a 9 down to a 42. But that was after years of trying 10’s (and a silly Stevie Ray Vaughn phase where I though I would be playing 11’s!). I found that I had to think about the combination of my neck, tremolo, pickups and sound. A set of 10’s makes my guitar sound fat, but I have to bend harder, press harder and play a little harder. It’s just not my style at all. With my 9’s I get everything I need in terms of sound, and now have got used to bending and fretting at that tension. 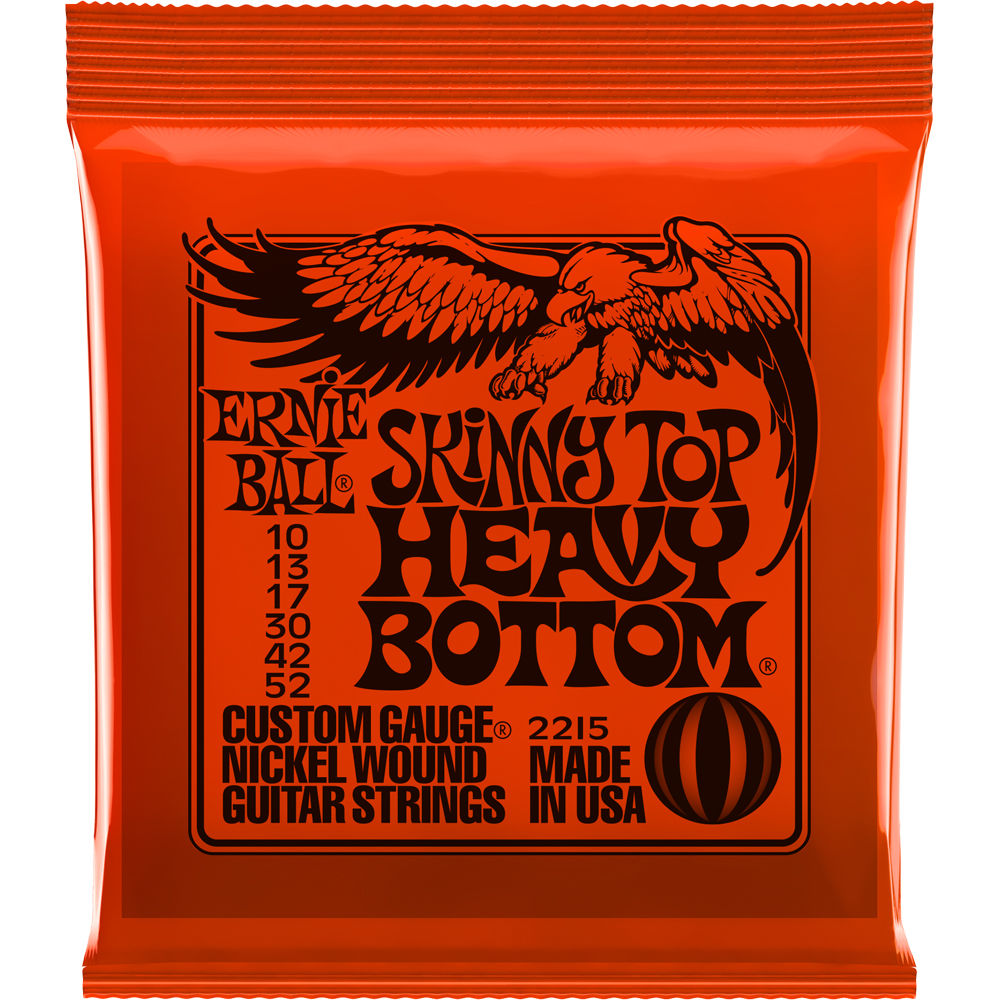 Flimsy 8’s are for gays. Can’t go past these bad boys imo, especially when down-tuning.

Hi I tried to lighten up my Gibson ES 335 (similar to the LP) and I was not happy with the result. I was at tens and went to nines. I went from tens to nines on my PRS and it didn’t have such a dramatic effect. I am getting arthritis pretty bad and had to come down. Acoustic playing for me now is minutes, not campfire hours like it used to be. Gibby’s like bigger strings for a bigger sound. good luck

Buying more strings? Support your local IRD store and order them from @holster!

I’ve used 10s for the most part, but use 11s when I am playing a lot of slide, which is what I find I’m using my LP for most of the time (it’s a 60s Tribute model with P90s, definitely the best sounding slide electric of the few that I own).

Not sure if they’re available in NZ, but I’ve also become a big fan of Curt Mangan strings. He makes “half sizes”, and I really like his 9.5 to 44 sets for non-slide electric work. And I’ve gone to using his sets pretty much exclusively on my acoustics.

Flimsy 8’s are for gays.

Let’s have none of that kind of commentary please, sexual orientation has nothing to do with anything. I assume you were trying to be funny. It’s not. Thanks.

Yeah well I don’t subscribe to your PC labels so don’t really care if you find it funny or not.

Yeah well I don’t subscribe to your PC labels so don’t really care if you find it funny or not.

I’m not saying this as just another member, but as a forum moderator, which I concede I did not make clear. Clear now?

I was well aware of the fact that you were a mod, but thanks for the reiterating .
You seem to be under the assumption that because I made an ‘off the cuff’ remark that I
1 - must have a problem with a person’s sexual orientation or be [pc buzzword]homophobic[/pc buzzword], and
2 - was trying to be funny.
Both of which are 100% incorrect.
Should I have probably been slightly more tactful with my word choice, and contemplated that some may have found the term offensive? Yep absolutely.
Am I sorry, hell no.
If you’re that offended, use your powers as a mod and delete it, easy.

While you’re up on your high horse, white-knighting for social justice and policing free speech, did you get a chance to give @feaker and stern reprimand in regards to his latest country tune? He literally spends 3 minutes on the topic of why an unattractive female with small breasts is more desirable than an attractive one with large breasts. All that wanton objectification, sheesh.
For the record Paul, I thought the song was magnificent in how many fucks it didn’t give, 10/10.

Ok guys, time to stop the mud slinging…
Coincidentally, I re-recorded Mudslinger the other day with the new 10s.
Almost remembered how to play it…
Obviously needs some serious cutting to get rid of the MUD… ha, HAA, haAAhha…

Just to throw a curve ball into the thread…
I actually have fitted my les paul style guitar with 9.5s
They give the tone of the tend with a slightly lighter playing feel

After years (about 20) going between 9s and 10s the diadrio xl 9.5s (super light plus) suit the guitar perfectly. I only wish i’d discovered then years ago!
Anyone in the 9 or 10 dilemma I recommend definitely trying a set of 9.5,s

Crikey, we’ll have someone saying 9.25s are the solution to the world’s woes next…
Thanks for the tip, man…