Some interesting facts about PRS guitars

I used to have a couple of these. I wish I’d never sold them!

There’s some stuff in here I didn’t know about the tailpiece and headstocks vs the fenders and gibbons.

Love mine, I have the exact one (boring color) at 4:11 in the video. I find, when recording, I grab that one much more as of late to the Gibson ES 335.

Meh…Id rather play a boring colored guitar than a stunning looking wall decoration like one of these: 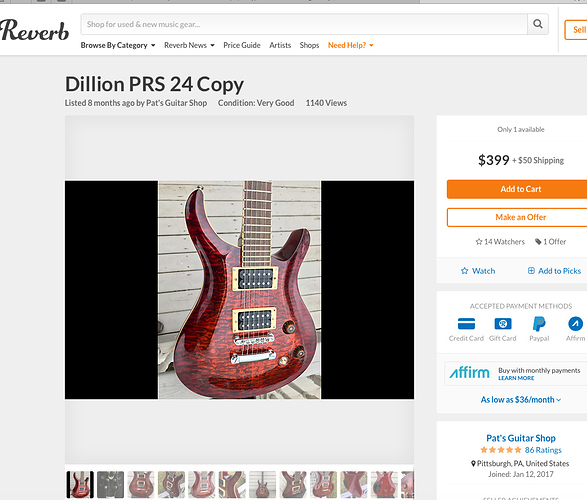 I’m shocked at how good the SE 24 is. Just a little setup help, and it is a great guitar. It stays in tune all over the neck, and you never get the feeling you are playing an inexpensive guitar.

Having been dealing with PRS the last few years, I gotta say, they bring their A game to everything they do. It has really raised the bar on what I expect from every guitar company. They also go out of their way to work with customers if they ever have any issues. I’ve been super impressed.