Sitting this black Friday out. Probably only buying this one audio plugin

Meh. There isn’t a single music production tool I need that I don’t already have. Black Friday gets a lot less exciting when you’re pretty much done collecting things.

I am gonna snag this thing. Its an audio tool that lives inside of a video game engine, which takes some of the code writing work out of mixing music and sound effects for games Ambient Sounds is a system to create and play back interactive soundscapes in defined locations. Current Version: 1.2.3Supports: Unity 2017.1.0 & Up     [product_description] Ambient Sounds lets you configure areas in your...

When to commit to buying

I wish I could justify buying one of these. I think when my current Macbook and iMac both meet their ends, I’ll invest in a really good Macbook like this one.

I feel similarly. Not that I have everything there is to have–far from it!–but I can’t justify much to myself. I do have some stuff on my shopping list though, and I did already snag some great deals on things that I felt like getting on Plugin Boutique. I keep track so I can just copy-paste here:

But yeah, that’s about it. I was seriously considering getting NI Komplete Ultimate Collector’s Edition for a $300 upgrade, but decided against it. It’s just too much stuff that I don’t really want.

That one is worth $5! Not a single sound in that package is ‘special’ or ‘extraordinary’, but the sheer convenience of being able to find everything is golden!

I’ve been buying art assets for GGI projects. I got a bunch of procedural generation software tools earlier this year.

This traffic system is $500, and its slotted to go on sale for $100 tomorrow. Planning to use it for real estate 3D modeling simulation. Working with a photography company that models the insides of houses. I had offered to enhance their models by building the exterior environments and adding sound effects to the models. Ultimately its an outlet to showcase implementing spatial audio in a commercial app

And another one from that same company went half off today. I’m under no illusion that these are triple A quality assets, but dumping a rigged prefab into a scene they’ll do great. 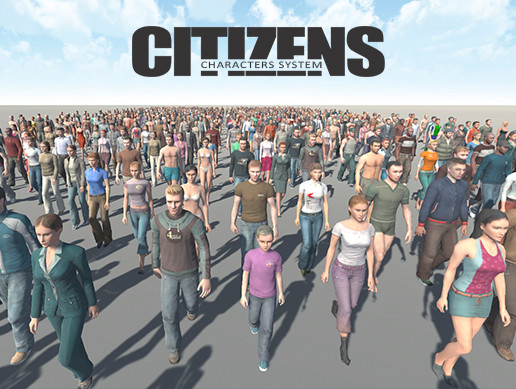 I’ve not used this myself, but I’ve read a lot of good things about it. Not sure what level of video editing capabilities you might need but there is a FREE version of DaVinci Resolve available. Versions for Mac, Windows and Linux too.

Thanks, I had not come across that. I’ve been using Movie Studio Platinum… 13? They keep coming out with new versions. It’s fine except that it crashes sometimes, and can’t handle a lot of clips at once. I don’t need a lot of features, but just something stable and performant would be nice.

there is a FREE version of DaVinci Resolve available.

wow… I Iiterally mix and master stuff on less than $200 worth of plugins, I am probably just lazy.

…and edit video in Reaper.

I feel similarly. Not that I have everything there is to have–far from it!–but I can’t justify much to myself. I do have some stuff on my shopping list though, and I did already snag some great deals on things that I felt like getting on Plugin Boutique. I keep track so I can just copy-paste here:

I bought Accusonus’s ERA4 bundle for $99. Thoroughly recommended and already part of my standard insert chain.

I’m also watching out for Gullfoss EQ to see if they make a move. I’m going to get it anyway but you never know…

I was going to bring this up. Resolve is crazy feature rich for free software. I think their entire business model relies on big studios using their enterprise level software, but their free version just takes out the stuff that massive multisite studios would need.

When to commit to buying

I think their entire business model relies on big studios using their enterprise level software, but their free version just takes out the stuff that massive multisite studios would need.

Yes! Very much agree with both those statements.

Fairlight bought Blackmagic to try and eventually go toe-to-toe with Avid. They’re making slow but steady progress. But selling big consoles, servers, software and integrated multi-media systems to post-production studios (which is exactly what both Avid and Fairlight do) entails first getting the correct group of users to start by adopting your DAW.

but there is a FREE version of DaVinci Resolve

Can’t say enough things about this software. Beware, it will murder your CPU if you let it! I’ve been using video editors for a very long time, and was a ardent fan of Final Cut Pro X until I used DaVinci. Basically they’ve taken the core function of colour grading, and then added robust video editing, really good audio processing, and a solid compositor / animation / “special effects” section called Fusion.

It’s one of those curious "free’ but actually FREE softwares out there. They haven’t crippled it in any way, and you can export 4K video out of it without any watermarks or restrictions. I’m actually going to start a comprehensive video tutorial series on my YouTube channel soon.

That’s the pro edition. The standard is $99. And if you happen to have purchased the voice leveler when it was on sale a few weeks ago (or any time, really), then the upgrade is only $79).

Whether you are just starting out, or you are a seasoned pro, you often need to fix common audio problems. Say hello to the ERA Bundle and experience the next-generation of audio repair technology. Use a single knob to clean up your sound in seconds...