So I absolutely LOVE the music created by Noam Hassenfeld, a muso based in D.C. I stumbled across his stuff on bandcamp many years ago and have listened to his music almost every week since, including today!

He does LOADS of hand claps and percussion (This was PRE El Clappo!! @bozmillar… I wonder if he does them himself or used samples?) and lots of cool sounds and samples, both melodic and rhytmic
Check out the example below, but really any song off of this EP will highlight the sounds I want to ask about.

I have reached out to him and he has informed me that he uses Logic and his sounds generally come from Kontakt and Massive.

One of my projects that I am working on will be in a similar vein. I would love to have a good sampler to be able to quickly and efficiently program and compose samples in the way he does.
How do you fine folks rate Kontakt?
I have not used Reaper’s ReaSampler so I am not sure what it’s like either. I’m not too worried about the synth (Massive - I assume that is what that is!) as I subscribe to the slate digital all access pass so I wil be using their synth once my PC is upgraded.

I’d love ot hear your thoughts on Kontakt or any other way to achieve such sounds and more importantly, performance.

kontakt can do a ton, and once you get the hang of it, it’s a lot easier. The interface is suuuuuper cumbersome. I don’t know how big kontakt library developers stay sane.

But if you want to make quick samples of your own instruments, it’s a pretty good way to do it, and isn’t that hard (again, once you get the hang of it). If I have a simple instrument I want to sample, I use kontakt.

This guys makes good walkthrough videos on how to do stuff. He’s pretty thorough. 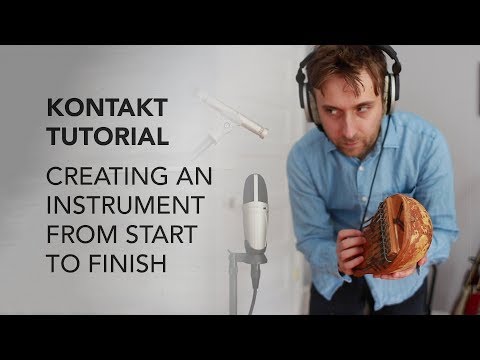 Can’t help you with advice on samplers Dan, I just never really took the time to get into them. I only use ready made sample libraries. One of the reasons I don’t is because I feel so much electronic music is made within a narrow band of the huge possibilities a samplerand/or synth should be able to offer. Or at least the stuff that I usualy get to hear I should add. But this Noam Hassenfeld is really interesting! Thanks for sharing, I’m going to check this guy out. I think I understand why you listen to him.

But if you want to make quick samples of your own instruments, it’s a pretty good way to do it, and isn’t that hard (again, once you get the hang of it). If I have a simple instrument I want to sample, I use kontakt.

Thanks @bozmillar. I want to use it as a sampler within a song and use elements of the song like in that Noam Hassenfeld example, rather than be sampling instruments of my own per se. I am more than happy to sample some sounds, especially home made percussive ones, yet I have no interest in sampling drum kits or anything like that. There’s already perfectly good (great) plugins and samples out there for that.
But I love how Noam will sample a line or word of his lyric, or just an element of the song and use it in other ways within that song. Just adds so many more textures but not always adding more “sounds” if you follow.

This guys makes good walkthrough videos on how to do stuff. He’s pretty thorough

Yeah, I watched that earlier today to get a good feel for it.

I hear ya. I agree that there is such a range out there but we don’t hear a lot of it. I am looking forward to exploring further, whether it be Kontakt or not.

But this Noam Hassenfeld is really interesting! Thanks for sharing, I’m going to check this guy out. I think I understand why you listen to him.

Yeah, he’s great. He’s done a couple of electronic pop (for lack of a better description) but he’s also done an acoustic, less sampled ep too which is also top notch. I just love the way he produces the music and the layers whilst making it fun, moving and accessible as well as singable too. It’s my go to when I have work to do around the house!!!

I want to use it as a sampler within a song and use elements of the song like in that Noam Hassenfeld example, rather than be sampling instruments of my own per se

oh, yeah. Different beast. I think there are other things better than kontakt for this sort of thing.

Any suggestions? Anything by BDL at all?

I mean, from what I have seen, Kontakt looks pretty cool but I must admit that I have not really see what it is as such. Is it a virtual instrument player with a bunch of libraries of sounds, a synth, a sampler? What’s it’s thing?

I have the UVI Workstation which has a brilliant (in my opinion) strings package and I will likely be using the Slate Digital synth that looks amazing too.
For making sounds and other basic pads etc, I have been using the old Xpand2 as it was free and I used it back in my Pro Tools days, but it is quite limited.

I’ll dig deeper into Kontakt to see what it will offer and would love to hear more suggestions. Ultimately, when I upgrade my system, I will only be installing plug ins I know I use and need, which won’t be a lot. Yours are shoe-ins by the way, but that goes without saying!

Hi Dan,
Kontakt is a sampler and it’s made in Germany and it comes with a 500-page manual.
If you’re not sold yet, I don’t know what to say…
I ignored Massive for a long time, but I’ve recently discovered it’s awesome. I don’t really do my own patches, only using presets.
Then I watched this video by a really neat guy (check out his video about broadcast cameras, which is how I found him…) 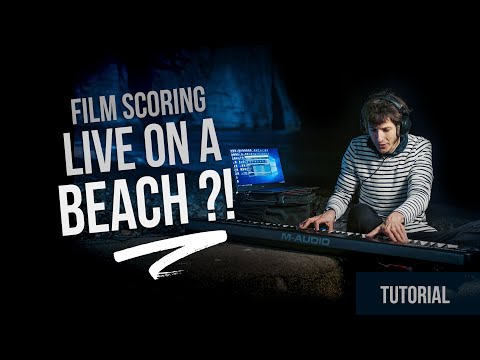 I downloaded the Massive Omicron trial, and I will buy the full set, just haven’t got a around to it (been busy with videos, buying a Marshall amp and a new bass…)

Kontakt is a sampler and it’s made in Germany and it comes with a 500-page manual.
If you’re not sold yet, I don’t know what to say…

I have watched quite a few YT clips on Kontakt 6 and it seems pretty awesome. On one hand, I love what it looks like it can do, on the other the learning curve looks steep. Also, slightly going against it for me is that I’m really happy with UVI’s orchestral suite that I have as it sounds great and is easy to use, especially altering the play styles. I can’t see myself drifting away from that for orchestral stuff, but you never know.

So @Sven, does this mean you have Kontakt Komplete? Kontakt is pretty pricey as is, but I’m not too sure how much I’d use all the stuff. Given I also subscribe to Slate DIgital All Access, I may be doubling up on quite a bit. When I update my PC and hardware this year, I am looking to only install what I use regularly. My go to’s so to speak.
Given most of my music is guitar, bass, drums, vox driven, I am not sure I’ll get value for money. That said, I like to branch out into other areas all the time so who knows…

Yes, I have Komplete. Wouldn’t want to be without it.
I have also bought a range of Komplete libraries…

@Sven, thanks mate. It is definitely on my radar.