It worked before and they are at it again. The real winner is the production quality of this live clip, if you haven’t seen this already. Look for the sock maraca 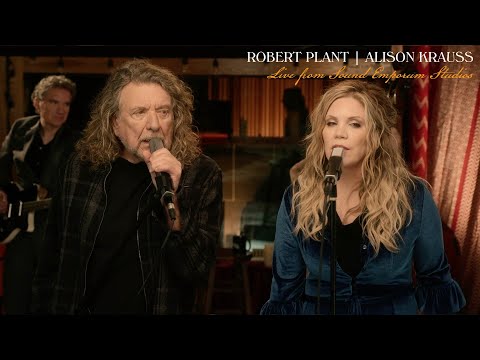 Second song was done well IMHOO (old opinion) Sounded a bit 50’s with a good vibe. Dude sang on key. Elvis would have kicked on this one.

Can’t help but think there’s some Melodyne at work here.

Can’t help but think there’s some Melodyne at work here.

I was thinking he might have had a bit of modern “technological” help, too. I’m not sure though, because everything he’s singing is quite simple and in a very limited, comfortable vocal range, particularly for a guy who used to sing songs like Black Dog or Communication Breakdown. I think singing in the manner he does here (gently, and in a comfortable range) wouldn’t be taxing him very much, so it should be quite easy to sing that stuff without any pitchiness.

Speaking of Melodyne and autotuning, this reminds me of what Boz said on a thread awhile back. He s said that pretty much everyone was using autotuning on their voice these days, not always just to correct their flaws but also because it’s the current “sound” that is standard in the industry. Those weren’t his exact words but his were words to that effect. I don’t really understand what kind of sound Melodyne or other autotuners could impart to a voice other than pitch correcting and/ or creating that robotic “Cher effect” that some modern rappers and R’n”B artists incorporate in their singing. Maybe it also smooths out dynamics and some other things?

I really liked the sound of that electric guitar on the last song. It has a really nice 50’s plucky sound but it’s smoother than any 50’s era stuff I’ve ever heard. That may be partially due to the guitarists setup and partially due to modern recording quality.

I enjoyed this video and the performance, so I checked out a YouTube video of Plant and his band doing a recent live version of Ramble On. His vocal in that live version wasn’t very good. He leaves out all the vocal fills on the chorus and it sounds like he’s singing a lower harmony on the “Ramble On” while some other singer is singing the high B notes on that part. There’s definitely a lot of smoke and mirrors with these older singers. I’m a big Zeppelin fan and many of these older classic rock bands but I can see through some of their “smoke and mirrors”. Then again, music is like magic. They both have at least a degree of illusion. I don’t mean to say that as if it’s always necessarily a negative thing.

it should be quite easy to sing that stuff without any pitchiness.

Seems like they chose the material carefully. He’s 73 and she’s 50 and they are both known for doing exceptional vocals when they were young but most people just don’t do physical things as well when they age, look at professional sports, it’s hard to keep it up. Your body changes, often for the worst.

I’ve used it in an attempt to fix my own terrible vocals and if you don’t use it manually and apply it very carefully to certain notes it has a certain sound to it that’s kind of obvious. Doesn’t change the tone quality so much but you hear this very steady pitch that sounds unnatural. Use with care I guess unless you’re going for the effects you mentioned.

I’m a big Zeppelin fan and many of these older classic rock bands but I can see through some of their “smoke and mirrors”.

It’s a difficult choice. Might be nice to just sit back and relax but maybe they need the money, or more likely other people they’re associated with need the work. That last Cream reunion put some needed money in Baker and Bruces’ pockets I read. Then for every old fan that says “they’ve lost it” there’ll be young ones saying " wow, I got to see Cream before they died!"