Well my friend @holster encouraged me to get bashed on here! I play/record drums, bass, guitar, and vocals in my basement studio and am really trying to improve. I feel strongest on guitar and bass, decent at simple drums, and really wish I had a better voice!

My recording skills are gradually improving. Mixing and mastering are super hard!…and I am motivated to get better. My tunes usually end up too bright, with a little too much low end. I’m hoping to replace my KRK Rokit 5’s with some Neumann KH 120’s by the end of the year, and add some better acoustic treatment to my small room.

I use Ableton Live and have been using the bx.masterdesk plugin for mastering. Maybe I can make some global adjustments in the mastering plugin? Or maybe I need to go back and start over with my mix? Feedback will be very appreciated…so thanks for the constructive destruction!

Hi @flyguitarfish and welcome! Great cover! I really like the performances… and your singing sounds fine to me. The internal balances of the mix work really well, and nothing sticks out as too loud or too soft.

However, I’m only listening on cheap speakers at work (but I do know them very well), and the overall frequency response of the mix does sound a little too bright in the high mids and highs. I’d like to check it later on my studio system at home to judge the more extreme highs and lows better, but that’s the perspective from a cheap 2.1 computer system.

Nice work, and great to have you!

Just listening again on really nice Sennheiser headphones, I can hear that the kick has a bit too much low end, and it is the guitars that just need to be dialed back in the high mids a bit - maybe around the 3-4k mark. Will check in my studio later.

Thank you for the feedback, I’d love to hear what you think from your other speakers.

I did go back and dial back the guitars on a third mix but I overcorrected. You’re definitely right on those guitars. And yes about the kick…but is it better to pull out some lows, or pull down the overall volume? (There are two kick mics, an inside D6 and an outside condenser with the highs rolled off).

is it better to pull out some lows, or pull down the overall volume? (There are two kick mics, an inside D6 and an outside condenser with the highs rolled off).

I’d say the outside mic is likely to be the culprit. I think the kick is at a pretty good level. If you like the overall tone you’re getting from the kick, maybe just put a high pass filter on the combined kick channel and move it up until it starts to slightly attenuate those really thumpy low lows. Depending on the slope you use, high passing up around 50 or 60 hz can help a lot.

I don’t really work on headphones much, except when recording, but I have a set of Sennheiser HD650 cans that I really enjoy the sound of.

So I pulled out some upper mids and highs from the rhythm guitars, and added a touch more low mids for a little more growl. I only pulled out a little highs from the lead guitars to keep them up front. The outside kick was definitely the culprit. A little high pass seemed to help. Here’s where we’re at now.

Again, thank you so much! This is so helpful!

Welcome flyguitarfish!!!
This recording is awesome, and I can actually say that the mix is done very well.
Your vocals is lovely, and I am digging the version of this song.
Lovely guitars!!!
This production is top notch imho.
I am not an audio engineer, but I know what I hear, and this is a great mix.
Rene

Just having a listen on my studio system…

Yup the new mix is a nice improvement. Still a little too much low end in the kick, but it is better than it was. I can feel my sub moving more than it usually does at this volume. Try high passing it a little more aggressively, and maybe even bringing down that outside kick mic a tad. A good test for the kick is a decent car stereo system. You’ll instantly hear if it is too loud compared to music you are used to listening to in there.

With the guitars, I can hear where you are coming from with the aggressive high mids, as the original track has some pretty biting guitars in it. However, they are pretty clean, and these ones are overdriven, so they tend to be a bit overbearing with that much hi mid boost.

Try this: Use a frequency analyser like Voxengo’s Span to see where your lead guitar is most prominent in the high mids. Now, go to your rhythm guitars and dip them about 2-3 db each at that frequency, making sure the “Q” isn’t too wide or too narrow…

Now, the lead should really be poking out compared to the rhythms. Pull its fader down until it sits nicely with the rhythms - not to loud, and not too soft. That should help to keep the basic aggressive flavour of the lead, but just stop the buildup of high mids that are making the overall mix a bit harsh.

Thank you so much for taking the time to scrutinize this!

My rhythm guitars are two performances, each recording two amps (dual rectifier with more distortion and a PRS Archon with an overdriven tone) so I can blend the two. The Rectifier is more “sizzly” on the top end, while the PRS has more upper mid bite.

I guess there would be a few ways to approach this. I could blend the two differently and then adjust the overall volume, globally apply the EQ to the rhythm guitars, or EQ each track individually. I’ll play with it. But sounds like it’s still too harsh overall.

I’ll get more aggressive with the kick Hi Pass. My Truck has a sub in it which will be a good reference.

Again, so grateful for your time and insights!

and great work on your production. You recorded all parts?
well played all around.

Feedback will be very appreciated…so thanks for the constructive destruction!

My tunes usually end up too bright, with a little too much low end

I am Seattle gal so I don’t mind the grunge Alice in chains style guitars 0:55s
Though some may consider that a bit on the harsher end.

I can see you and Andrew @ColdRoomStudio are already getting along! I think I have successfully subconsciously coerced him to start adding string sections in his Rock songs

Once you get the sub in the kick handled, maybe spread the guitars a bit to make room for snare? It is flatlining bit in the choruses.

I think you have great song here! Vocals in your track around 2:52s gave me Breaking Benjamin vibes 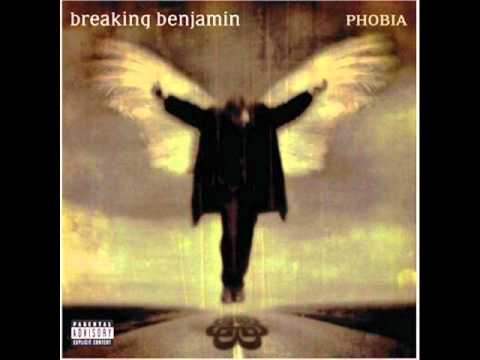 Much appreciated advice. Guitar tone is definitely subjective. The advice to pull out the harshness was perfect! I’ll keep hacking away at that pesky kick drum!

Yeah, I recorded all the parts. Primarily a guitarist and bassist, but decided I’d better learn drums and try to sing to make the tunes I want to make. Figuring out the recording engineering, mixing, and mastering by reading forums and watching YouTube videos has been fun and challenging. This forum is awesome!

I’ve thought a lot about trying to get that snare to come out in the chorus. I’ll see what room there is for moving the guitars. The rhythm guitars are panned hard RL. I wish I had an under snare mic to add in. I’m already maxed out at 8 tracks with my Clarett+ 8pre.

Thanks for the suggestion for the comparison track. I’ll definitely use it!

I’ve thought a lot about trying to get that snare to come out in the chorus. I’ll see what room there is for moving the guitars

you could try a faster attack time and slightly longer release on the guitars in addition to panning. Maybe a touch of extra reverb and early reflections. The guitars will still have enough bite to cut through, might get a little less harsh . Old mixing trick to push things around without hard panning.

I didn’t use any compression or reverb on the rhythm guitars. Just some EQ. I was under the impression that distortion compresses the tracks already. ( I do put reverb/delay on lead guitar)

I didn’t use any compression or reverb on the rhythm guitars. Just some EQ

while you can definitely leave them raw from the amp, it might be a good idea to use a good compressor on the individual tracks as well when mixing things. It gives you more control over the sound. For instance, if you want things to cut through and punch, you use a slow attack on your compressor. Doing this brings your sounds in the foreground. If you want things a bit smoother, or pushed back somewhat, you use a faster attack and longer release. Using the compressor’s attack times allows you to mix things a bit better overall. Specially in big mixes.

Leaving them raw might not be as apparent when there are too few tracks to work it, but when you start mixing things like bass guitar, drums, vocals and harmonies it is easy to cause some chaos.

Actually, the bx.masterdesk plugin I put on my master channel does apply parallel compression to the entire mix. I was thinking about the individual guitar tracks.

And that’s a helpful discussion of compression. I get lost in the settings. Thanks!

I’m glad you finally joined us!

Sounding great on the new mix! I can’t really add much to the discussion so far. I think they covered it perfectly.

@flyguitarfish, I definitely second this recommendation! I meant to mention this to you the other day when we were talking. @ColdRoomStudio brought this plugin to my attention at least a few years ago (time goes too fast) and I absolutely love it! I even use it to play reference tracks through to compare how they look. It’s pretty eye opening.

while you can definitely leave them raw from the amp, it might be a good idea to use a good compressor on the individual tracks as well when mixing things. It gives you more control over the sound. For instance, if you want things to cut through and punch, you use a slow attack on your compressor. Doing this brings your sounds in the foreground. If you want things a bit smoother, or pushed back somewhat, you use a faster attack and longer release. Using the compressor’s attack times allows you to mix things a bit better overall. Specially in big mixes.