Stuck in a barely furnished apartment/hotel near Clemson SC waiting about 30 min away from soundcheck. This tour so far has had a ton of waiting around (which is somewhat normal for hired guns). The travel route from venue to venue hasn’t been bad. It was more about trying to find productive stuff to do in the downtime. 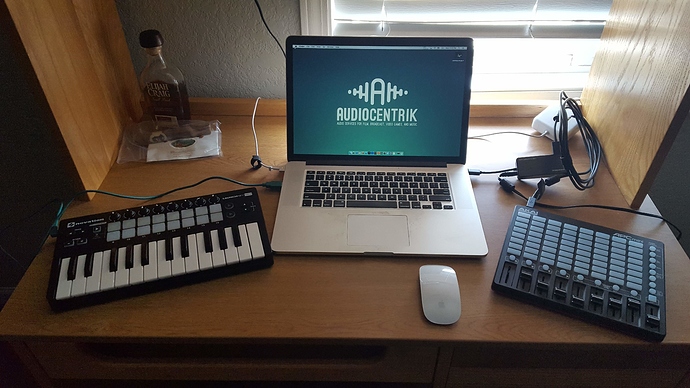 While the stage was being set yesterday, I managed to meander off to Guitar Center in Greenville and pick up a Novation Launchkey mini (in the picture left). That thing is a wonderfully portable mini-keyboard, but its a total piece of shit as a controller. The knobs and buttons have fixed functions and its not Automap compatible. There was a spare MPCmini (in the picture right) on the backline, so I stole it from the drummers road case and hooked it up to Ableton to see what it would do. The functionality on that APC is frickin insane. Its easily on the level of a larger Novation device like the Launchpad mk2. Frickin love it, but it doesn’t have any keys. My solution: 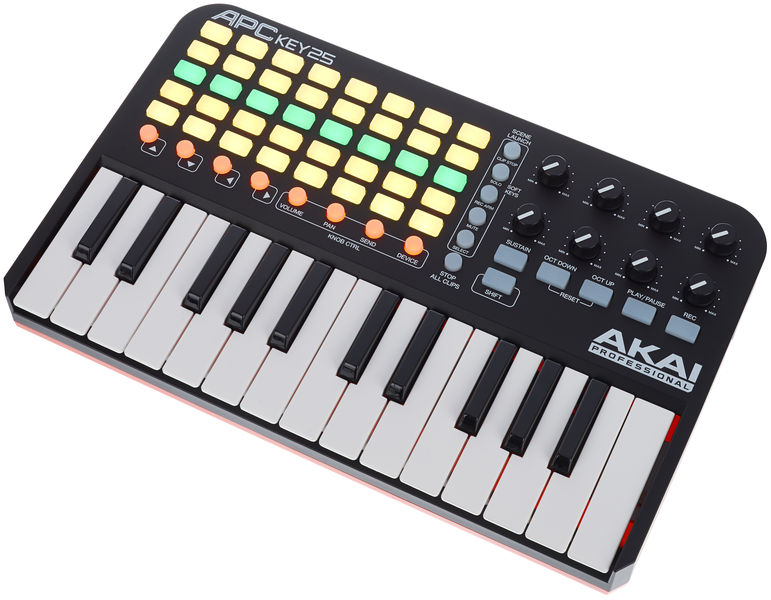 I’ve been wanting a tiny little controller I can pack in a laptop bag for some time now. It would be really handy for road trips, and I would also set it on the center section of the mixer for dumping super fast drum loops and bass lines into sessions at times (without having to get up and move to the S88 keyboard on the other end of the room).

I’ve also been seeing an increased demand for electronic sample programming in modern pop music, something that a Maschine or Ableton Push probably does a lot better, but I think being able to throw this in a laptop bag and work on stuff while I’m stuck at an airport or something could be in credibly handy. The Maschine studio and Ableton Push are too big to cart around on an airplane.

Woohoo. I Love this APC key 25!! It’s making me realize how much I need to re learn Ableton.

Nope. I was hoping I’d find something interesting but none of the exhibitors brought any controllers

HA! As a guitar player, I have a mobile practice rig. A pair of vox amp-phones with a distortion and clean setting. They allow me to plug my laptop into them to play along with tracks. I’ve ended up practicing in waiting rooms and coffee shops. Super handy! I totally get the need for something like this. Well done.