Rant About Recording A Client - J.C

I apologize for the rant in advance. I don’t have a lot of engineer friends, and I really enjoy reading this forum because everyone seems to understand one another when it comes to engineering. If you have an opinion you would like to share, I would greatly appreciate it. I’ve been learning online on how to handle and work with clients, and I thought I was doing great until it started going downhill & landed myself in a position I’m starting to loathe.

In the manner of behaving like a professional & adult, I’ve done my best to handle this one particular client. Here is my summarized story:

+After a month from getting mastered products from Mastering Engineer, Client COMES BACK to me to ask about making corrections to some songs on his album AFTER we already mastered it & he published a few songs online to stores and his friends from the very same album.

Now I’m frustratingly working on these revisions just so I can have some fucking material for my portfolio. I worked all year on this guy’s project, with no other prospect clients.

Thank you for reading.

Maybe I missed something, but why not just use the original mixes you finished for your portfolio? And stop working on this stuff for free? If you aren’t and haven’t been getting paid I don’t see how you owe them anything.

I don’t have a lot of engineer friends, and I really enjoy reading this forum because everyone seems to understand one another when it comes to engineering.

We’re glad to have you here as well. Rant away anytime!

Work out a deal, I record him & mix his album project for free (1st red flag) for sake of getting portfolio material quicker (not to include Mastering). Did not set expectations between client & engineer (2nd red flag).

I’ll point out this is the very best ‘first move’ an engineer without a portfolio needs to make. VERY SMART…WELL DONE!

All my work is for naught.

Now I’m frustratingly working on these revisions just so I can have some fucking material for my portfolio. I worked all year on this guy’s project, with no other prospect clients.

First, I totally understand your frustration. I’ll throw some thoughts out there in hopes that it encourage ya in the long run, but I do have some good news and some bad news.

Bad news is that you need several contrasting projects in your portfolio (also called an EPK or a demo reel) in order for it to be competitive. The other bad news is that you may have made a mistake committing to this guys full album. I’m not saying that to be condescending, but in hopes that you won’t do the same thing next time. Though I’m sure you gained invaluable experience walking yourself through the mixing process, be advised that your involvement with one song from three or four artists sells your services better than seven songs from one artist. The ideal approach to this process is to volunteer to do ONE song for free. Then move on to your next client.

The good news is that since you were not paid and were approached in a collaborative capacity, under US law you own assume some legal ownership of the intellectual property. Namely the DAW session, any files you edited, and some limited capacity rights associated with the masters. Particularly the privilege of using them in a your portfolio. This does not mean you can do anything you please with it, but it DOES mean the band has no grounds for contesting your use of their material in your own portfolio or for demonstration/educational purposes on youtube. Even if you change the work and throw a no-vocals mix in your portfolio just to stick it to them, their protections in a legal class called ‘moral rights’ which might otherwise stop you from doing so is superseded by your co-creator privileges. This is the legal basis for what @Jclampitt has suggested:

just use the original mixes you finished for your portfolio

Long story short, put whatever the fuck you feel is needed into your own damn portfolio.

Important note: The artist does not have to endorse your work in for a client to book you based on your own version of it. Example:

I was hired in an official capacity to record presidential candidate Jeb Bush. I got paid for my services. The recording never aired on regional television as he withdrew immediately after his abysmal numbers in the South Carolina primaries. But I did record Jeb Bush. If I showed you, and it sounded good, would you be impressed?

+After a month from getting mastered products from Mastering Engineer, Client COMES BACK to me to ask about making corrections to some songs on his album AFTER we already mastered it & he published a few songs online to stores and his friends from the very same album.

Ok. Be prepared for more of this to happen in the future. So start getting your negotiating chops ready now because you’re bill your clients up the ass for this level of abuse of your time. Give him an above standard quote for the work it will take to remix the material with the new stuff integrated. Or if you want to be an ass hole because he annoyed you, simply refuse to give him your files. Those files are your intellectual property. You don’t have to give him shit.

I would not have agreed to that second phase of the mix down for free.

Totally agree with that last sentence. There is no reason to do any revisions for free after the initial project is completed. This client is using you, and doesn’t appreciate your service or time. Cut him off, use what you can, and move on. By asking you to add things he is expecting you to be his producer for free, as well as his engineer. Sorry pal, free time is over; pay me for my time and effort, or take your Grammy winning baloney elsewhere.

Agree with everything said thus far, but it’s a learning process, you’ll do better next time. I did the same as you when I first opened my studio, and a similar thing happened. When the “client” comes back and asks for more, don’t be upset or disappointed, this is exactly what you want. This is the point where you say “sure, but I’ve done all I’m going to do for free, so we need to discuss payment for all work from now on.”

In other words, even people to whom you are providing free services are potential paying clients.

yeah just make him pay for any further revisions he wants. He got a product for nothing now if he really wants more than pay, otherwise he his not brought you any clients, you owe him nothing.

Everyone, I can’t express how appreciative I am of all your comments so far.

@Jclampitt: You are absolutely right! I had my head wrapped around the whole thing that I didn’t even think about that. Thank you!

@Jonathan: Thank you, thank you, and thank you for all that wonderful insight. Everything you said is entirely encouraging, especially the part about committing to an album. I’m sure I got cocky and thought “Hey, if I record a whole album, that’ll make me sound great as an engineer,” but it makes total sense that, in order to have a more effective & competitive portfolio, then it would be better to have one song from 4+ artists to show diversity in my services. Thank you again.

I’m definitely gonna chalk this one up as an invaluable learning experience.

No problem man. Glad it helped.

one song from 4+ artists to show diversity

This is something I really learned from Brandon Drury back on Recording Review… now that this one is getting wrapped up, you want your next couple artists to be the most visible and reputable artists that you can get into your studio. The better known they are in the local circuit, the better of an investment it is for you. This is for a couple of reasons. First, popular musicians talk and hang out with a lot of other musicians. And if you can get a hold of someone whose name is recognizable to other local talent, that lends to credibility to your reputation. Remember that your client base is your local/regional music circuit. Not the general public.

Here is a couple great examples of portfolios that do NOT rely on gear/facility as the focal point of the advertising.

This is an audio guy from gamedev.net

Specializing in custom music, audio, SFX and voice over productions, Madsen Studios LLC has over 860 credits in the TV, game, film and anime industries. 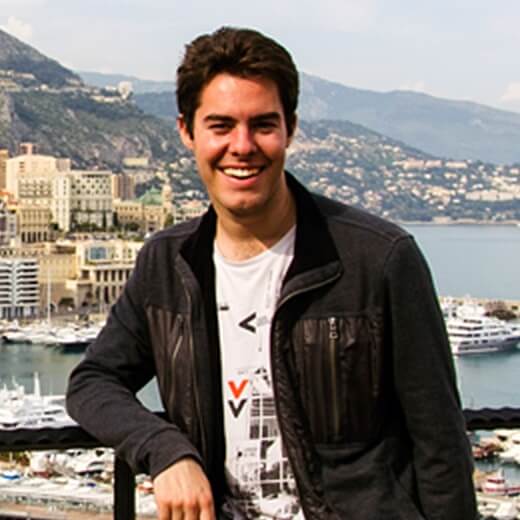 One more you may want to look at…this dudes an audio guy from my areas who’s just getting his career going. He has a really simple home studio setup, but I like the way he set up his website.