An Indie Rock mix from an Artist you may recognize

Experimentin and groovin away. Getting the bass and the drum punch to come out on stream was quite the task for me. In the end I think I was able to reach a good compromise after several iterations.
Few more tweaks still remain but let me know how it is sounding so far.

This is supposedly a “volume fader” and “noisy room” proof mix. Feel free to give it a swirl, reduce volume as you wish and turn up your fan and stuff and see if the groove is lost. 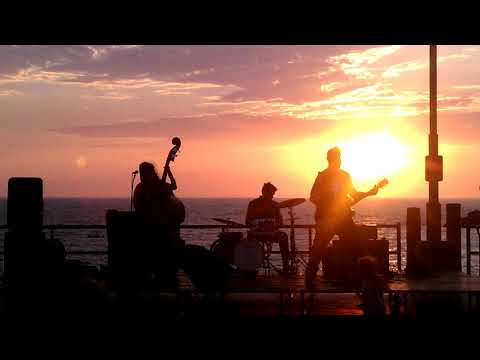 putting the following theory to test and I think it works quite well.

Near perfect mix and master for streaming?

Low mids are the new bass

Overall, it’s sounding quite good. I think you are correct re the drums requiring the most attention. I found the drum section lacking a little in bite before the heavier chorus. To me, the initial fill (@37 second) indicated that there’d be a bit more bite in the drums but they didn’t have the snappiness I expected. Perhaps that is because the power and energy is coming in the chorus? I’d also point to the toms, as I felt they were a little dull and a touch loud too, poking out in those short sharp accents preceding the chorus.

I really like the vocal sound. There’s a good aggression but it is clear and steady across the board. You’ve balanced and spread the keys really well. I especially like the gated sound, it’s prominent but it makes the chorus have a good unsettling energy!
Bass sounds solid. It seems like it’s largely holding down the fort without doing anything too fancy, so you’ve got it doing its role well. There are a couple of notes in that 5 note/chord progression at the start of each chorus line that disappears a little, but it’s not huge either.

I really like how this is coming together. I can definitely see why there are some challenges with the mix as you have to balance a build up of energy whilst maintaining intensity and interest from the start. Good stuff!

You’ve balanced and spread the keys really well. I especially like the gated sound, it’s prominent but it makes the chorus have a good unsettling energy!
Bass sounds solid. It seems like it’s largely holding down the fort without doing anything too fancy,

Hi Daniel, Thanks for the listen and thoughtful comments

You have pointed right at the heart of something that I was trying to accomplish. You did that with a single listen… kudos to that. That makes me feel a bit more confident in my approach.

This is a tricky mix ( 69 tracks to start ) and the song structure is comprehensive. The buildup and interest management is pretty critical.
There is a long Pink Floyd-ish style intro before the song begins as well that I had not included.

No worries. I find it hard sometimes to critique without wanting to sound rude. I admire all the folks here who post, listen and critique and I learn so much from you all, but I find, for the development of my ear, that I want to identify areas I would work on on that particular mix too, even if it’s near perfect.

I do, however, love Pink Floyd, so maybe an alternate version will be available one day

Sounds great i love that song .

I am so out of comfort zone here, @FluteCafe, offering meaningful/helpful comments, except to say I really enjoyed the song on all its levels. The lyrical idea was thoughtful and communicated well, and very much for our wild times but without feeling datable. I don’t know the song or the band, but they are quite talented.

To me, the mix itself is flawless, the arrangement indeed has a lot of punch such as when the chorus kicks in, and when it cools down in the verses it feels emotionally right. I feel all 69 tracks have been treated exquisitely, blending into a powerful and beautiful rock introspective anthem.

A perfect studio version, but now I want to hear the live version!

I don’t know the song or the band, but they are quite talented.

Its Andrew’s Band. You can tell him that yourself

Its Andrew’s Band. You can tell him that yourself

I need to get @ColdRoomStudio’s album! I was going to guess the Foo Fighters, although this was probably more top notch.

I’ve said it before and I’ll say it again: Damn this is a good song! Headbanging on the couch, despite my head ache

Sorry Michelle, you already knew that of course, and I really have nothing to add to the mix qualities. I’d be curious to hear the difference with Andrew’s original mix, but there’s not much point being limited to laptop speakers (high mids is the new bass?)… It sounds great is all I can say for now.

V6:
Finally had some more time to work on this again, some more tweaks and added a bit more impact and width to the Chorus

I have not read what changes you have made yet, and treating it as a first listen again.

Sounds great. I recall issues with the drums (toms) and I hear none of that now.
Harmonies are treated so nicely! Love the way you’d treated the vocals. Everything seems to have it’s place.
The chorus kicks in really well and I love that you pushed the organ a little higher in the chorus. I’m not sure many would do that but I think it’s a masterstroke!

Well, I just listened to your mix today and it has a way different vibe than what I had in mind. It doesn’t mean it sounds off or bad, only different.
I do share the song has some Foo Fighters’ elements and that’s why I expected something in that range but it didn’t fit my expectations.
Nonetheless, mixing is a personnal thing, so your mix is the way you saw the song.
I really do like clean guitars, bass guitar isn’t prominent and compliment guitars very well.
Vocals really sit well on top of the song, nothing are hidden during the song, keyboards (organ mostly?) are also spot on for the song and your mix.
For my tastes, I don’t like how drums are, they sound like they were imported from another song and didn’t fit this mix the same way

I also found dist guitars during choruses are very agressive (and/or loud): they really jumped out of the mix a weird way to me… is this related to “some more tweaks and added a bit more impact and width to the Chorus” you did??

By the way, it’s a very different mix and very interesting as well!

FluteCafe,
Are you only mixing this, or played keyboards on this? Nice song. If it was CD quality or better, I have a feeling the audio quality would be noticeably better. Due to some high frequency phase-y-ness, it sounds like an mp3 that is not super-high fidelity. Otherwise, the mix sounds good to me.

I also found dist guitars during choruses are very agressive (and/or loud): they really jumped out of the mix a weird way to me… is this related to “some more tweaks and added a bit more impact and width to the Chorus” you did??

It could be, I did increase the width in the chorus that might make the guitars pop out more. if you heard a previous version and liked it better i will find it check it out for comparison. I didnt change anything with the drums. They are recorded separately I think. I just havent pitched them yet. They are a bit flat.

Are you only mixing this

yes simply mixing one of Andrew’s song for practice.