Presonus has finally expanded their popular FaderPort to the FaderPort 8. Looks cool. I’m curious to see what you guys think of it when you try one. Couple vids. The first one is awesome. 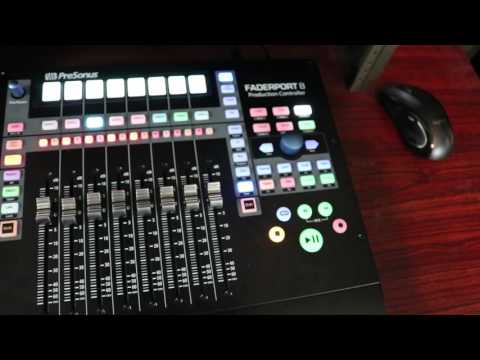 So many uninteresting people out there

lol… Many trees fell during there talking.

I haven’t gotten a chance to try it. Very tempted, it might be my next purchase if I hear enough good things about it.

I’m curious to see what you guys think

Can you chain multiple units together?

Not directly, but some DAWs support multiple control surfaces. Whether or not they can be set up as if it was one giant surface? I’m not sure. I’d have to try it out.

I could link 10 Korg nano controllers together on a USB hub all day long. And Logic will actually recognize their own unit ID’s. I think the real challenge is getting the banks, faders, and displays to all synchronize. Its getting them to work together and know what the other is doing that makes them feel like a mixer.

Don’t get me wrong…I think the Faderport 8 is a very needed unit at a reasonable price point. But I’d get very grumpy if I didn’t have the channel strip knobs. It was one of the things that bothered me about the Nuage. I really really tried to like this thing, but at the end of the day the versatility of the avid System 5 won out. Even the Nuage didn’t have the right layout for me. 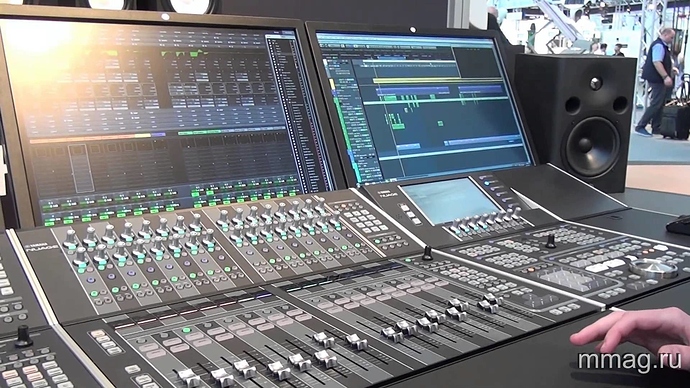 Ya know…if you were really strapped for cash you could probably do this: 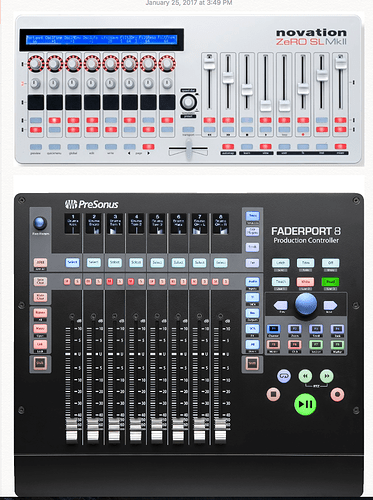 I would put the novation at the top of the faderport8 and tell Automap to ignore the DAW. If it focuses on the plugins, you cue your channel with the FP8, then the target plugin parameters populate on the Novation. Since Automap does not use HUI, you would be able to operate the two together. As long as you don’t use Waves plugins your fine.