I tried writing instrumental aggressive music again after a while.

The word I had in mind when composing this was “playful”. Not sure if I successfully conveyed it but many of the moves were made because I think its funny

So send your comments on the mixing, song writing, guitar playing, anything. Cheers.

This is great! Really cool melodies, rhythms and motifs. The playful feel comes through for sure - It’s brainy progressive rock that doesn’t take itself too seriously - there should be more of it!

Mixwise, it is very good. I think it could be better with some reductive eq in the low mids and some “sheen” on the top end, though. I can hear a little bit of compression “pumping” too. It’s not unpleasant though, and it kind of suits the style of track.

I’m listening to this through an iPad, so I won’t be able to make a critique on the mix with any sureness.

It sounds good to me and it’s a fun and interesting instrumental. I’m listening to it as a casual listener without any particular focus on the finer aspects of the mix because of the listening device that I’m using and also because I’m pretty buzzed on wine and beer.

I think this is a very good performance and I think you captured a playful feel.

really nice - like reallly nice! I was going to weigh in on the mix, but instead I wanted to let you know that this kind of music makes me want to pick up the guitar and have a go myself! Really great stuff. From my first listen, I think the separation of the djenty guitars are great. The lead sounds brilliant, but something in the low end is not sitting right. Rather than going into specifics (meaning you’d be getting nothing but amateur hearsay), I think I hear two different versions of this song. 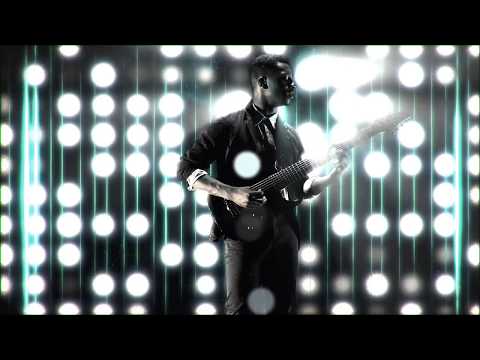 where there’s low end, but not really, but there is. 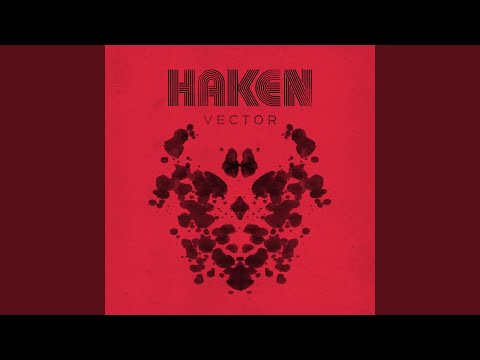 Now the curious thing about Haken’s bass player is that he tends to use an octave pedal with his bass (normally a 6 sting), but sets it to an octave lower. The result is a low end quite unlike any that I’ve heard in any other band.

Good stuff +1 for instrumental music! Can you give us some details, rig rundown etc?

You pretty much summed up what I am going for! Really appreciate it Andrew @ColdRoomStudio.
I’m glad you think the mix was somewhat good. I distanced myself away from it for a day, and it becomes clear now that the guitars have way too much mids than I normally allow. So I made my own EQ moves while also implementing your advice. Checkout the second mix at the top if you want to, I hope it’s going in the right direction cheers

Appreciate the kind words @wicked. Although without the booze it would probably sound way worse lol

really nice - like reallly nice! I was going to weigh in on the mix, but instead I wanted to let you know that this kind of music makes me want to pick up the guitar and have a go myself!

Wow that’s the greatest compliment ever for a guy who’s just messing around with the guitar. Thank you @madpsychot for checking out my stuff.

The low end has always been challenging for me, I can never really judge the low end correctly. I have been using bass sample so far, I wonder if it would be easier with a real bass

Out of your 2 references, Haken’s song aligns with my vision better. I’ll see if I can dial my low end to that.

Can you give us some details, rig rundown etc?

Glad you like it man @ingolee. Sure, here’s what I use for this song:

I have been using the same plugins since 2017. So pretty much everything I posted here was made using these.

Nice playing, cool arrangement, fun to listen to.
Whenever you start writing an instrumental you have to just accept the fact that most people give up on it if they don’t hear words, but who cares? It’s your creativity, use it however it works for you. I hope people someday realize there’s other forms of music out there, instead of being lemmings.
Thanks for carrying the flag.

Thanks for carrying the flag.

@StylesBitchley I really appreciate it man.

Truth is much less dramatic than that. I simply want a project that I can finish myself, which means there will be no vocal since my singing is objectively horrible.

It can be a great creative challenge too since you are forced to rely on instruments to keep the song engaging. It’s damn hard to strike a balance between riffs, chord progression, vocal-like melodies, and guitar wankery. But even if I fail, I still had fun and fun is why I do this. Cheers

But even if I fail, I still had fun and fun is why I do this

The motto I live by

Appreciate the kind words @wicked. Although without the booze it would probably sound way worse lol

I just listened to it again, sober. I’m really enjoying this on my headphones. Actually, in my first post I understated how good this instrumental is. This is so cool ! Great stuff !!

It can be a great creative challenge too since you are forced to rely on instruments to keep the song engaging. It’s damn hard to strike a balance between riffs, chord progression, vocal-like melodies, and guitar wankery.

I think you did a great job! It’s like Joe-Satriani-meets-Djent, with almost a jazz-metal fusion thing going on. Sounds really cool to me, but also unique/different/unusual in that I can’t compare it to anything to say you could have done anything differently.

Was that voice clip near the end Mr. Rogers? My only complaint might be that the section with that voice clip could have been handled differently. The voice part could have been louder and less reverb, and more musical elements to rise with it. I can see what you were going for, but the lower volume levels are just a bit too extreme where the pieces loses energy there.

I second what Wicked said! No booze involved, just some leftover pork lo mein for breakfast. This was very cool. I love guitar and I love instrumentals and this is a rockin’ track. Just ‘djenty’ enough and just melodic enough. Definitely fun!

Sounds good to me. The only things I would change are perhaps adding some delay or reverb to the leads. A few seem right up in your face. Also the part where the vocal part comes in seems a bit sparse. I can hear the tom drums, but it feels a bit empty. The rest is great. Its a fun song with some good playing and interesting twists and turns.