Moving to house without a studio (not yet): designing new studio

We’re on the brink of moving to another part of the country. We’ll be living in the deep south in 2 weeks time. Now “deep south” in my tiny country means less than 2 hours drive from here, but it’s the first step towards my pension (still 3 years to go) so it feels like a big step.
The downside is that I don’t have space for a studio in the house (it’s quite a bit smaller)… However, I do have plans to build one in the back of the garden, so in about 12 to 18 months from now I hope to restart recording. I’ll be putting up a last bash in about a week. I’ll keep on doing some basic mixing with headphones for a while.

But here’s my question: I’d love some input on the studio build as the project develops. At this time I’m only wondering about the dimensions of the building. I don’t have the time or money to build anything professional. In fact I’ll be doing a lot of the actual constructing myself to save costs.

I will probably want to spend more time recording when I stop working. My main objective is to record my own music, but I could help out singer-songwriters and small (acoustically orientated) bands with a basic demo and some limited producing. Just as a first step.

So I’m aiming to build something in the order of 2,8 by 4,5 by 6 meters. I’ve already found a site that helps you calculate ideal room ratio’s, but these work on the basis of rectangular shapes. I often read that you need to avoid parallel walls. That’s fine, but will any non parallel set of wall’s (and floor and ceiling) do? Or are these also strictly limited to certain ratio’s? Does any one have any experience with the luxury of being able to design the shape of your studio?

It’s great that you’re looking to get your own studio spot set up. Great to hear this, and best of luck with this project!

I’ve already found a site that helps you calculate ideal room ratio’s, but these work on the basis of rectangular shapes.

I often read that you need to avoid parallel walls.

You want to avoid them if it’s practical and reasonably possible. Basically if you can (but sometimes you can’t)

and floor and ceiling

Yeah… floor and ceiling too. Remember the sound wave doesn’t know or care which way is up or down. Basically consider any surface a wall.

Does any one have any experience with the luxury of being able to design the shape of your studio?

Haha. I talked to an acoustics designer and he wanted $60,000 just for the blueprint. A more well known one wanted $80,000. Soft costs alone. So I cut my losses, bought a house with a couple extra rooms in it and MADE it work.

This is what it is all about. Worth checking out Eric Valentines very pragmatic (& surprisingly cheapskate) approach. There is a lot here for the home studio person: 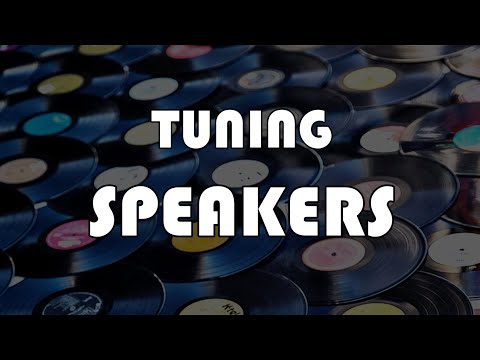 If you have any control of it, you basically want dimensions that don’t have a common denominator, and aren’t divisible into each other.

Thanks Johnathan, that’s a nice rule of thumb. Point is I don’t know if you can use it on walls that are not parallel. I’m sure it helps if sound is reflected at an angle and gets absorbed before it comes back to the listening position, but it also seems logical that at some combinations of angles it does more harm than good.

That is way more than the costs of my studio and everything in it!

Yes I found his site. He does have some pretty useful advice. Difference is, I’m building this studio myself from scratch so within the limitations of the floor space I have available (max 24 m2 or 258 square feet and a height of max 3 m or 10 feet) I can basically decide to chose any shape I want. Would it be enough if the walls were almost parallel (like less than 5% non parallel)? I would also want a slightly tilted roof (10%?) so I can let in a bit of daylight from a couple of small windows just below the ceiling.

Thanks for helping me with my thoughts

even if you make the walls slightly not parallel, it will effectively kill flutter echo. You don’t have to go super extreme. Even a few degrees should make a pretty massive difference. I would guess you want to do it enough to make it look intentional. Basically, anything to prevent parallel walls.

But the reality is, even if you do have parallel walls, it’s pretty trivial to break up flutter echo with diffusors and deflectors. The cost and effort to build a funky shape might be worse that just fixing it in post.

But the reality is, even if you do have parallel walls, it’s pretty trivial to break up flutter echo with diffusors and deflectors. The cost and effort to build a funky shape might be worse that just fixing it in post.

This right here. I would not go to the trouble of designing a weird shape, I’d just add the costs of some serious room treatment to your plan. My little room here in our new home in Virginia is basically a cube, but I have almost every bit of wall covered with GIK Acoustics absorbers & bass traps, and the floor is carpeted. It’s a very nice recording space. I’ve done only a few tunes since I moved here but I think most folks agree the tone of my recordings of, say, acoustic guitars is pretty darned good. I spent about US$1500 on these babies, and if you’re starting from zero that won’t be a huge increase in your budgeted costs.

Thanks Dave & Boz. I’ll be taking along the 23 DIY (4 inch rockwool) bass traps from my present studio. They do a good job, though I do get a bit of flutter now and then. I’m thinking of building one or two extra bass traps for the low end (like 30- 60 Hz, or maybe for specific problem frequencies - depends on the type of bass trap). But that is more difficult to achieve, I don’t know if I can pull that off. But I will build a diffuser for back wall, and hey, why not a few degrees difference on the long walls.

I’ve posted this before, but I don’t think it hurts to show again. This is a before and after results of a bare, almost cubed room with the cheapest possible diffusors I could find. They were 2" thick styrofoam diffusors. I think a pack of 12, 2x2.

There was an empty lab bench in there. Before had nothing on the walls, the “after” had a package of these on the walls. Just 2" deep Styrofoam diffusers.

And here’s a spectrograph of the two.

Wow! That is amazing! I want one!

That’s what my room back in my Texas house sounded like before I treated it – so many reflections. It pays to invest in room treatment!