David (Mr. MixbusTV) goes through a bunch of them. It’s not a “scientific” analysis, but guess who won?? 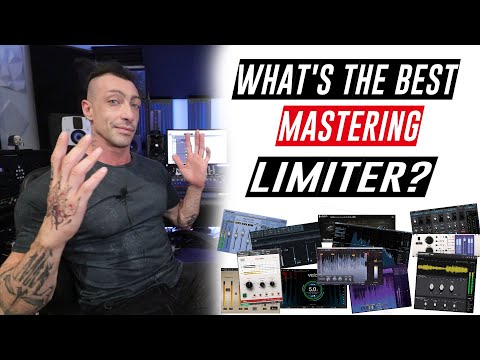 Big Clipper by @bozmillar !! I’ve got The Wall on my Mixbus but have never thought to try Big Clipper. (?)
Anyway, congrats Boz! You’ll probably see a BIG spike in sales soon. He’s got 84K subscribers!

any discounts for IRD peeps?? lol

I’m wondering why The Wall wasn’t included? Obviously there are TONS of limiter plugins out there…

Attaboy, Boz, the sky’s the limiter.

Hey @bozmillar, any chance of a Big Clipper sale anytime soon? I know at least 2 people waiting for one.

No idea if it was a response to this, but a good idea to put it on sale @bozmillar!

You get Izotope’s Trash 2 and UJam’s Carbon Bundle for FREE this month if you buy from PB!

Interesting…I’ve used Wavel Ultramaximizer and its several iterations but lately I am pretty much sitting solidly in the T-Racks camp. The S1 Limiter is also not bad although bit more basic.

I have played around with the IK Stealth Limiter a bit, and it’s supposed to be good for ‘pushed’ recordings. Curious if you have tried that one.

S1 is the Stealth Limiter - getting great results with that one!

S1 is the Stealth Limiter - getting great results with that one!

Ah, good to hear that. Thanks!

i have it its ok.limitless is incredible i think .

I don’t know if there’s a way to validate or demonstrate this easily, but one of the selling points for me is how it’s supposed to handle inter-sample peaks. I’m not aware of another limiter touting this feature:

T-RackS Stealth Limiter features an inter-sample peak-limiting algorithm that gets around this issue by predicting the converted analog waveform of the digital source. Through this process it’s able to limit the sound in a way that ensures the final converted audio will very rarely exceed the set ceiling. This is useful in the modern era where music is often heard on different devices and via different services that all deliver their music via compressed formats, like MP3 or AAC.

Maybe @ikmultimedia could chime in on this?

It says “True peak limiting”, but I’d guess most or all of them do. But the inter-sample thing seems like a step beyond. That’s why I was hoping IK would chime in with more detail.

We test how some of the top ISP/True Peak limiters perform in real life!

The author of the article specifically mentions @takka360’s DMG Limitless as his preferred choice too!

Here’s the thing about true peak limiting. You have two options when it comes to turning down the volume to be under 0dBFS. You can hard clip it, or you can have a slower attack/release to prevent distortion. Hard clipping produces more harmonics while compressing produces pumping.

But, and this is a big but, with intersample clipping, almost all the harmonics produced are going to be up above the audible band. And even then, by the nature of music, it’s going to be applied mostly to non-harmonic stuff anyway, so the harmonics aren’t going to be that naticeable.

In contrast, a true peak limiter is going to compress the hardest where the ISP is the highest, and that compression is definitely audible.

In my tests, true peak limiting is almost always more damaging to the sound than intersample clipping.

It says “True peak limiting”, but I’d guess most or all of them do. But the inter-sample thing seems like a step beyond

The inter-sample thing is the same as “true peak.” You can do some tricks to find true peaks that go beyond simple upsampling, but the only real benefit is lighter CPU for the same effect.

In my tests, true peak limiting is almost always more damaging to the sound than intersample clipping.

Thanks for the explanation. I’m trying to get my head around this. I realized there’s the technical side of what these things mean, and then there’s the standard audio gear marketing hype which can perhaps cloud the issue.

I’m interested in what the claims for the IK Stealth Limiter mean.
The description below, and the 2 following feature descriptions, (all from the manual) seem to indicate that this thing can do it all and solve all the problems. And that it’s better than the “other limiters” because of this.

So I’m trying to understand the technical details, and how they explain or debunk the marketing claims.

The Stealth Limiter is a mastering peak limiter whose main feature is the extreme transparency of the processing. The technology used under the hood makes it so clean and capable of raising the level of a track without introducing any side effects or distortion, even when very high amounts of gain reduction are applied and where other limiters start to fail.

INTERSAMPLE PEAK LIMITER: when this sign is displayed the limiter is working in ISPL mode.

What’s the difference between the wall and big clipper?