Please let me know if this is ready for public consumption. Took a trip to Scotland a few years back, and this song kind of reminds me of our time there. There’s a long story about traveling on unmarked roads on the Island of Skye trying to find the Talisker distillery and getting a flat tire on the rental.
Any mix suggestions are welcome. I want the acoustic guitars to be the focus, but I also would like the other parts to add to it, so levels and eq need to be right.
Thanks

beautiful soundscape. Guitars are great, the cello (I assume) is playing beautifully.

Dont have much I want to change here aside from some wetness and depth “preferences”.
If the track is primarily a soundscape it could use a bit more depth to the acoustic guitars
I quite like two depth related plugins that work very well on acoustic guitars. One is @bozmillar pan knob that does really good in keeping the panning of acoustic guitars softer. Other is proximity for putting the guitars a bit further back just by a wee bit. However you can also do the same with a good eq and a clean low pass.

Cello is a bit bright and could use a bit more depth and separation since its close miced, specially if guitars are the main focus and the track is primarily ambient. Cellos are incredibly tricky to mix with it and can cause quite a bit of harshness if untamed. Its hard to create a “separation” because of the ranges they play in close range. One trick I use to create separation is I play multiple tracks together for instance piano, guitar and cello or guitar, flute and cello in the busiest section of the song. Then I boost and sweep frequencies to see at which frequencies is it really hard to tell what instruments are playing. If you find these areas, then you can make cuts to the individual tracks till the separation is clean even with sweeps. 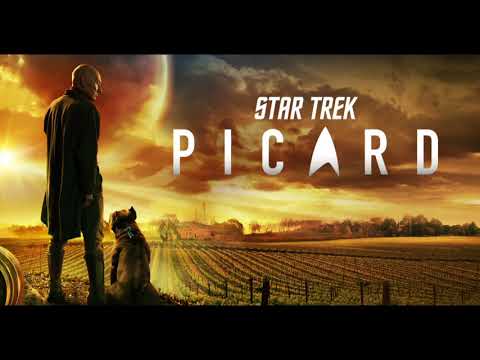 Here is a cello reference track I had tracked a while back, while may not be apt for this particular recording but will give an idea on panning and depth of ‘ambient’ and darker sounding cellos.

Thanks very much. On the cello eq it is hard to balance level and brightness while allowing it to poke through. I might be able to pan the two parts a bit more and add a touch of dark reverb to get them sitting more consistently. They seem to ebb and flow whenever a note is sustained. I like the melodies, but they should be secondary to the guitars, which were the only elements until a few days ago. Thanks for the input.

@StylesBitchley I like what you have here, the guitar parts are interesting, have a good sound and are well played. The cello mix is an issue, does it want to be supportive or have its own voice, it seems uncertain. The cello part could probably work as is but you might consider recasting it or introducing another part(s), either vocal or instrumental.

You have several full stops which make it sound like a suite sort of but the parts tend to be a rehash which is fine if this was to be used as underscore or an introduction to something else but I’m not sure it wants to stand alone. Nice sound though.

The stops are a little grandiose, but I’ve been playing it so long that way it is hard to hear it differently.
It might be possible to add a little melody to break them up.

Sounds great to me, Bob

Thanks, brother Andrew. I see you’ve been busy with your project, which I will listen and respond to ASAP. I feel like I’m pretty close to being able I mixed something myself, albeit on a fairly static mix. I dragged a Martin Logan sub into the mix room to go with my Martin Logan Vignettes, which use a ribbon tweeter that my tired ears seem to relate to. They’re helping in the high mids with my tired ears, The sub crosses over around 80hz, so getting the low end in the ball park is easier.

You know, I wondered if you had changed anything, because I listened to this mix on a number of different systems, and it translated well on all of them. I’ve heard a lot of opinions discouraging using a sub for mixing, but for me, it is a key component in getting mixes to translate… it’s really a matter of finding what works for you.

My speakers don’t have much low end without the sub, and the room has two nodes where the bass will fool you. I set the volume on the sub so it just opens up the speakers and go from there. I’m getting a better feel for it.

Ooh enjoyed this Bob, gosh, bit of a change in style for you… lovely pastoral vibe… I found myself envisaging a train journey with landscapes flashing by and changing… a really nice vibe. I liked how the strings sat, behind the guitars and yet giving some w@rmth ( haha, I still can’t use that word in an audio description) and depth.

In the beginning I was almost hearing some celtic vocals, some airy oohs and ahhs just lightly lilting. But you didn’t need to actually have them there as I was hearing them anyway (

). The only string bit that particularly caught my ear was the ascending 3 notes at 2.01 … haha, talk about picky detail… but it is a fault of mine with cellos in particular, for me, I would have slurred the notes more, had them bowing and slipping from one note to the next. I do this via the midi, just slur-dropping one note into the next so there is no attack differentiation, they gently slide.

In the beginning I was almost hearing some celtic vocals, some airy oohs and ahhs just lightly lilting

yeah! thhat would be surreal

In the beginning I was almost hearing some celtic vocals, some airy oohs and ahhs just lightly lilting

I really like the feel of this. Kind of feels a bit Zeppelin/ Page-esque.

The guitars seem very bright while listening through my laptop speakers . The brightness is really accentuating the string sliding and squeaking. I would try to reduce some of those sounds where they’re most obvious. Some string squeaking and sliding is a good thing but too much can be distracting.

I want to come back to this later and listen through my headphones, to see how it sounds.

Listen to MAGIC WATERS by Robert Cameron on #SoundCloud

Couple of small changes, thanks to everyone.

Changes seem good, guitar finger picking is coming off softer. Though hard to tell if its soundcloud altering the mix or not. But the release sounds good ! Great work!

I tried to take the edges off. I also rolled some of the highs off the cellos and gave them a small bit of reverb for depth. Thanks for the suggestions.

Good job, I think the changes worked in your favor. Love this.

Not that this is what it’s all about, but I think you could really monetize off of a song like this in the right hands. This would be such a good piece in a film soundtrack.