Any advice for this mix. I’m not sure if the balance is good and I’m thinking maybe I compressed things a bit too much, but maybe I’m wrong. I need some new ears on it. Thanks.

Skuze me if i am way out of bounds here, but the drums throw me way off. The into and guitar playing are done very well. I hope others disagree. i am usually the last person to chirp with REAL help. The mixologists will be online soon. Good luck

Do you mean the sound, the drum pattern, fills, volume, etc?

A couple of things that could improve the arrangement:

I’m finding that recurring squelchy-sounding synth (?) sound to be pretty distracting, and that it kind of upsets the groove of the track.

The drums sound too “straight” to me. I think you need to find some hihat patterns that define the groove better - maybe sixteenth notes, or possibly accents on the off beats.

The drum sound is also lacking definition. The kind of detail needed to define this kind of fast, complex groove is being smothered by the soft, washy drum sounds. Those are more suited to a straight ahead rock track.

Here’s an example of the type of defined, crisp fusion drum sound I think would suit this style of track better: 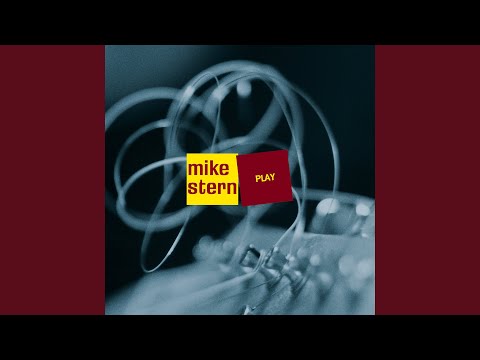 I like what you’ve got happening here! Lots of fun licks and playing.

Something about the drum sound is …”off”. I’m listening to this through iPad speakers, so I’m not sure if it’s as ‘off’ as it sounds on this iPad. The drums feel a bit robotic but I like some of those fills. There are times when the drums remain a bit too constant and straight ahead for what I’d typically hear with this sort of Jazz fusion style but I think you’re mostly on the right track.

The drum sound is also lacking definition. The kind of detail needed to define this kind of fast, complex groove is being smothered by the soft, washy drum sounds. Those are more suited to a straight ahead rock track.

‘Washy drums”. That is kind of what I’m hearing too. The drums also sound a bit muffled through this iPad. They seem a bit disconnected from the rest of the music. More so sonically, but also a little bit stylistically, also.

Having said that, I still think this is really nice stuff. Good stuff!

Chandler,
Thank you for the song review! Now your song: cool song, I like it! Listening with headphones per usual. Doesn’t sound over-compressed to me. I like the synth sound, but it kind of occupies the same frequency space as the very nice lead guitar. Perhaps you could pan them a bit opposite of one another? Or have them playing less at the same time, alternating back and forth? Just some thoughts. Nice song regardless. Drums sound OK to me.

Thank you for the feedback. I went back and changed the drum pattern a bit and removed some reverb and room sound from the drums. Does it sound better now?

Thank you for the reply. I went back and tried to change the mix up a bit and remove some of the reverb on the drums. Hopefully they sound better now. I also made the hihats a little busier and hopefully funkier. I hope it sounds better now. The new version is in the 1st post.

Thank you for the feedback. I went back and changed the drum pattern a bit and removed some reverb and room sound from the drums. Does it sound better now?

Ah yes! A much better sense of the groove with this version. That off-beat on the hi-hat makes sooo much difference!

I think the drums could definitely still be crisper sounding, but I think their might be so over-compression happening too. The cymbals have that telltale “shhhh” “steam-escaping” sound to them. Try using slower attack times on the compressor to allow the transients on the drums to come through, and maybe speed up the release and see if you can get the cymbals to sound more natural.

I like the new hi hat inflections. I feel it adds a bit more spice to the vibe.

I’m still a bit perplexed with my inability to describe and convey the issue I am perceiving with them. Maybe issue’ is not the right word, as I think the sound is more a matter of taste rather than a matter of good or bad.

Your first mix has louder drums with seemingly more high end coming from them, or at least the snare, while your 2nd and 3rd mix have quieter drums with less brightness. The drum sound has more of an old ‘hard rock drum machine’ sound to it. The tonality/ frequencies seem muffled and kind of feel two dimensional in the mix in comparison to the rest of the music. It’s doesn’t ruin the song but I feel it compromises it a little bit.

I hadn’t listen to the video clip that Andrew posted until just now. Do you hear the way those drums slice through the mix cleanly, very percussive and without that “hard rock drum machine’ sound”, for lack of better wording? If you can get your drums to have more of that clear, cutting presence as the audio on that video contains, I think that would give your song a big boost. I’m not sure how much EQing and compression can alter the original innate sound of the drums but maybe you can move the drums in that direction with the right effect, and EQ choices.

I’ll add this…There have been many occasions where I recorded drums, whether real acoustic drums, electric drum kit or MIDI drums and if I found/ find myself with a drum sound that I’m unsatisfied with, I have great difficulty altering it sufficiently to a state where I feel fully satisfied with it. The best way to really alter the sound to something significantly different is to use drum replacement. Using drum replacement, you can achieve exactly the type of drum sound you desire. I’ve tried drum replacement one time using the clunky Reaper tools and I found it to be a bit of a trying experiment when used with really fast and subtle notes such as with drum roles and 32nd notes, but I’ve heard that if you use a software like Drumagog (I think that was the one) drum replacement is fairly easy and painless.

But once again, I can’t say your drum sound is all that bad. I just feel it can be better, that’s all.

Thanks. I’ll see what I can do. I can change to a different kit, but I’m a bit worried about mixing in circles. Maybe I’ll try 1 more version with different drums.

What I was going for is something like this.

I’ll give the drums another try and see if I can improve things.

I uploaded another version with a completely different drum sound that is pretty dry and louder. Hopefully it sounds better. You can listen to the 4th version above or here.

I uploaded another version with a completely different drum sound that is pretty dry and louder. Hopefully it sounds better. You can listen to the 4th version above or here.

I think the new version is a big improvement, and it definitely sounds closer to the Greg Howe reference you posted above. The snare probably needs to be just a little more “tucked in”, and I would try pulling down the room mic channel on your virtual drums a bit.

Chandler,
Hey, what state or country are you from? Fourth version: nice lead guitar stands out better for me somehow, even if synth & guitar volume didn’t change. Drums are plenty loud, though good; sound better than third mix for me. I am listening to better headphones this time which helps. I was on vacation earlier.