Layout of the control room

I’ve been messing around with a similar setup in my living room, except the second desk is backwards. So if I’m sitting at the mixer, then turn the chair around, I’m facing the keyboard and the other screens. 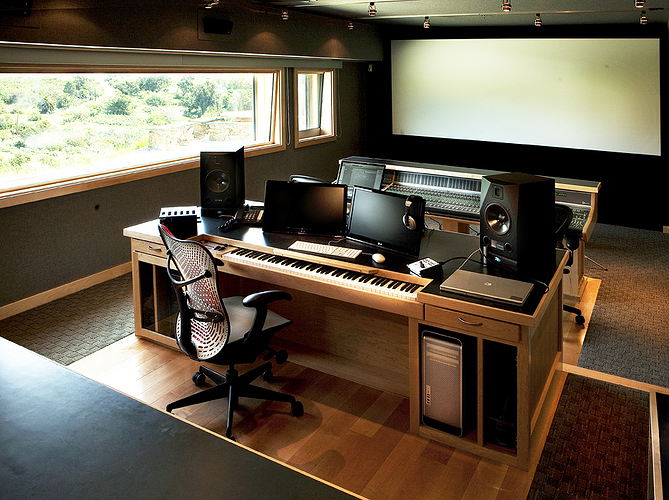 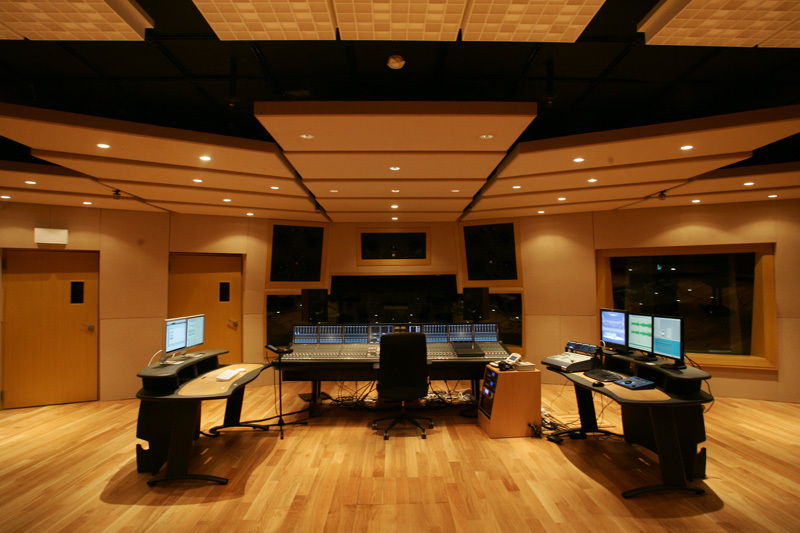 CLA has his operator and pro tools rig opposite of the console. When I looked at Chris’ board, I always saw a pair of monitors turned backwards. I wondered, why the hell does anyone listen to studio monitors that are facing in the opposite direction? Its because his assistant with the PT rig is facing him on the other side of the SSL. I tried this setup. It doesn’t work for me. 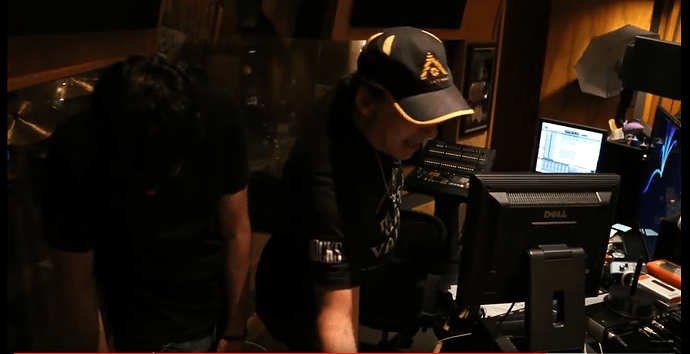 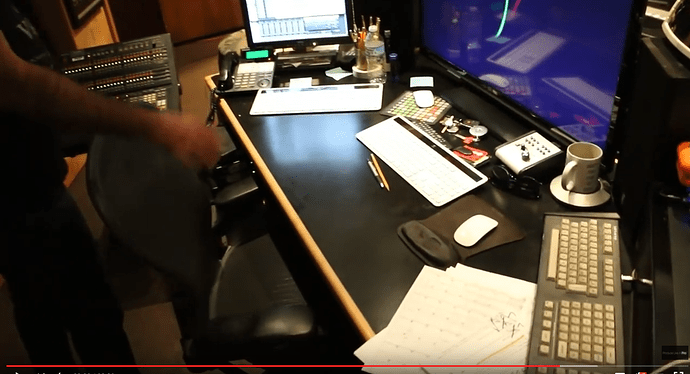 Here’s one more, but I can’t do mine like this. Dave Knox, an acquaintance from the avid pro group that I’m in, posted this picture of his setup. He has a System 5 MC console which allows him to center a monitor which is also shared with his keyboard/production rig to the left. My System 5 BP is twice the size of his and doesn’t have the monitor mount because mine was designed to be used with a cinema projector. Even if I mounted a screen above the center, it would push the keyboard rig way too far off to the side. 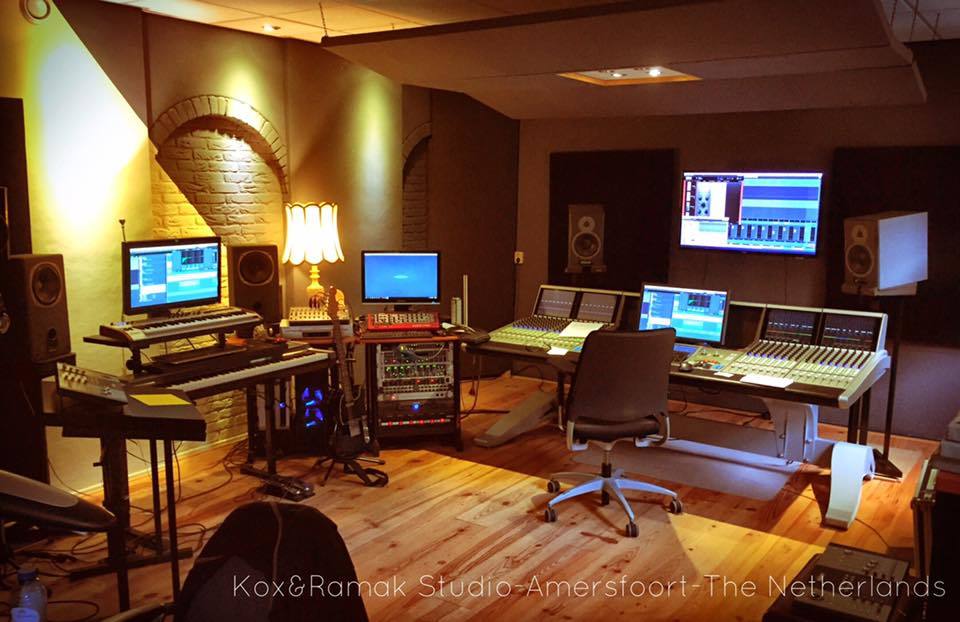 No right or wrong way to do it…all quite different. How do you do yours?

Putting a computer monitor sideways in the first reflection zone is really not smart. I see it all the time.

Putting a computer monitor sideways in the first reflection zone is really not smart. I see it all the time.

I do too and I’ve always wondered how much of an impact (pun) that’d have.

We gotta see your pictures too! Or was that first one yours?

I’ve read through this a few times, and I’m not sure I’m picturing what you are saying. Which of the pictures above has that?

my control room is my office as well, so it’s set up to be able to reach all the things I need easily. MIDI controller (keyboard) right in front where I can always use it without having to move myself or anything else. If I need a full sized keyboard, I have to stand up an walk a couple of feet, which turns out to be a huge deterrent.

If money and space were not an issue, I’d build a desk like the first picture, where I could have a full 88 key controller in front of me at all times, but I’d want to be able to put a cover over it and use it as a desk. No, that’s not true, because if I had a cover, I’d put stuff on top of it and never be able to get to they controller. Bad idea for me. I don’t like the pullout things though

I’ve read through this a few times, and I’m not sure I’m picturing what you are saying. Which of the pictures above has that?

Was that directed to me? (Though I see you replied to paul?) If so, here… 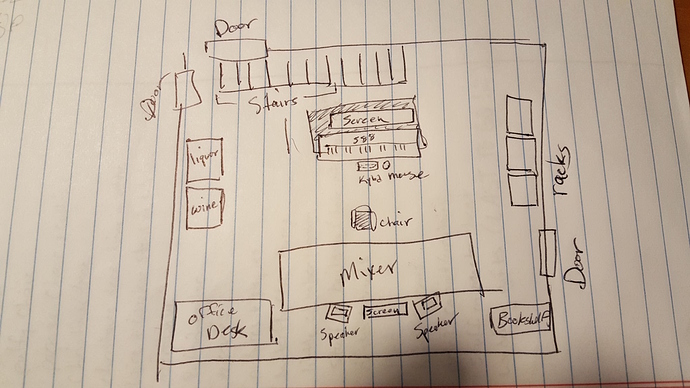 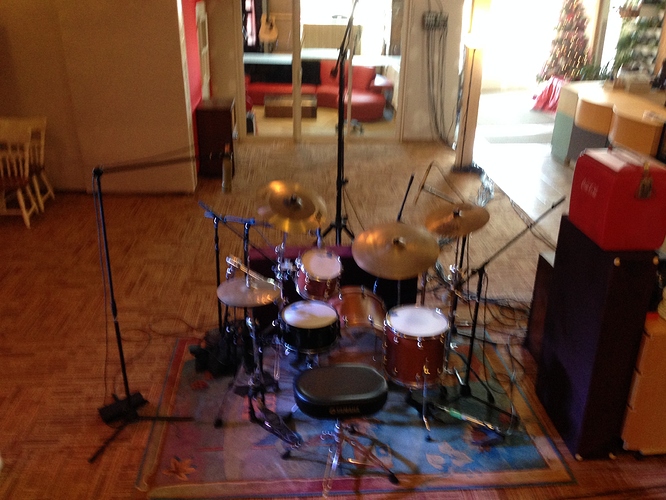 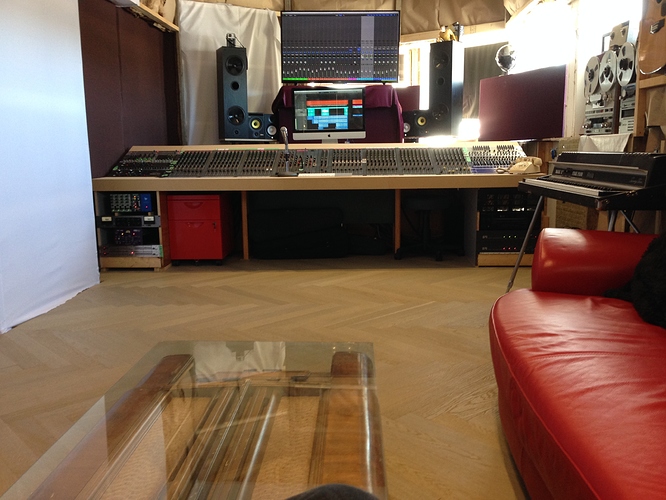 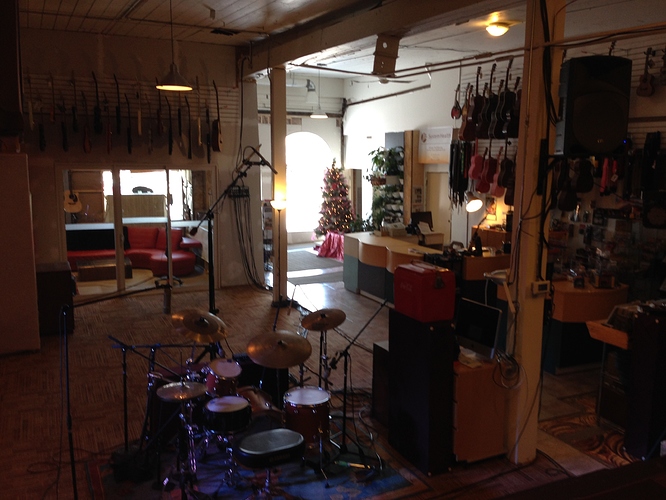 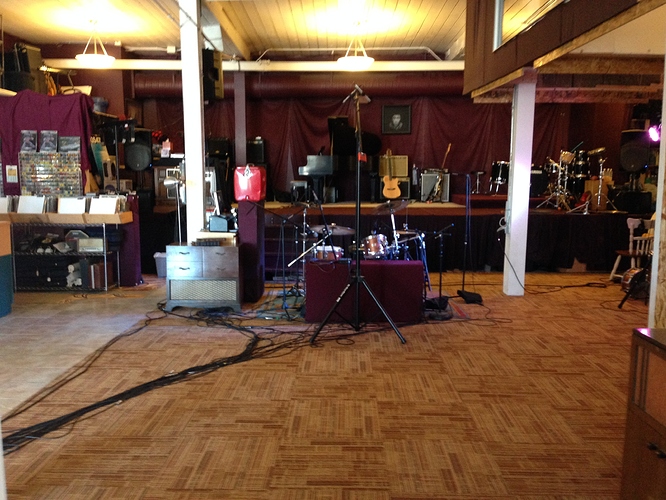 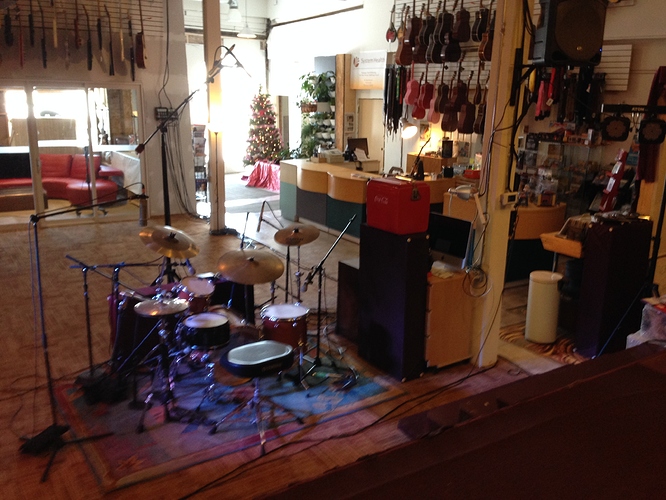 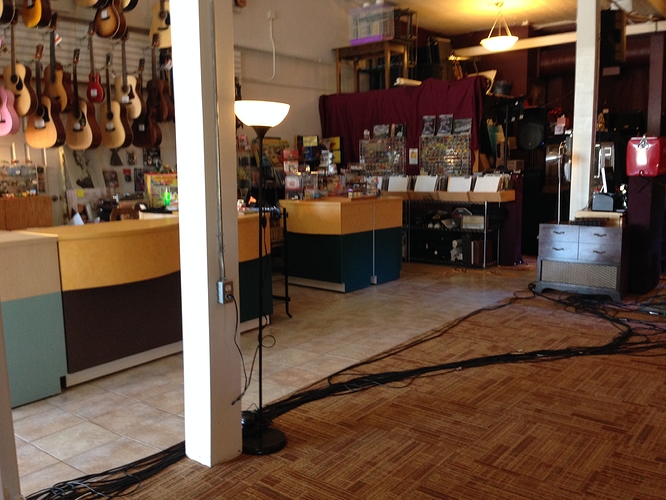 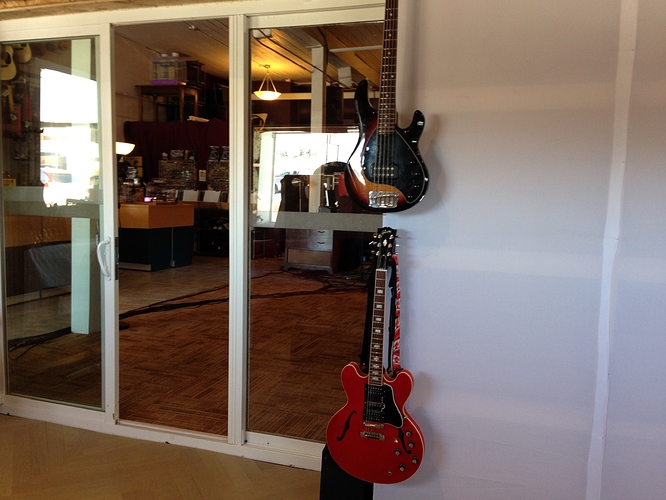 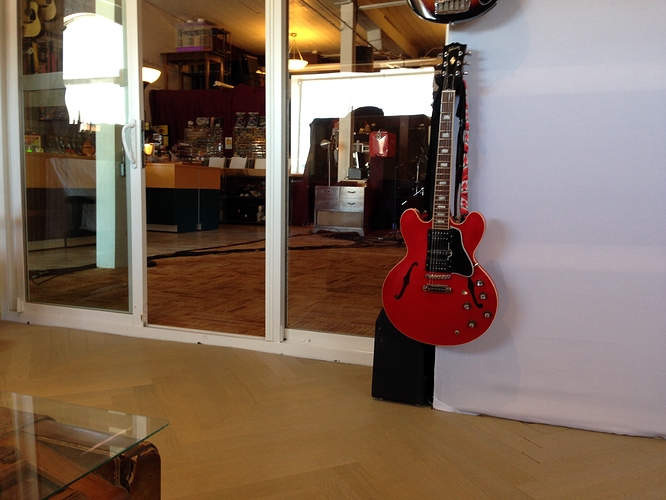 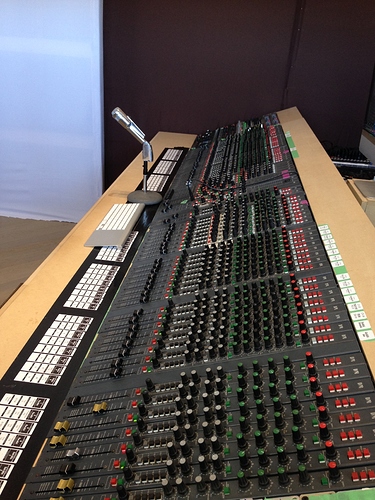 Here are some pictures of some recent iPhone photos I took for a recent radio interview (they did a webstroy as well). I have much finishing work to do. For instance I need to finish getting the fabric and trim done on all the walls. The studio has been so busy that I have not had the time to finish.

BTW the Reel to reels do not stay in the first reflection point:) That was staged. I am building fully removable traps that fit in front of the windows.