Is there a difference between GAIN and VOLUME?

Pro Tools has ‘clip gain’. Logic has ‘channel strip gain’. The only difference I can see is the position in the signal chain.

So at the design and software coding level,, excluding ALL modeling plugins, wouldn’t the written line of script be the exact same for both?

The difference is subtle, mostly because a gain control might be labeled a volume control. But fundamentally they have different perspectives.

But gain…you can apply a gain of 0.5, or call it -6 dB, same thing. You could apply a gain of -1, which would invert the polarity of the signal. In contrast, we don’t talk of inverting a signal with negative volume, for instance. The bottom line is that gain is a multiply. Volume is…it depends a little on context, but we normal use it to mean how loud something is when it hits you ear or at least comes out of the speakers. You could turn up the gain in a digital device to get more volume, or you might leave that alone and turn up the gain in your power amp to get more volume. In other words, we generally get more volume by applying more gain.

what is the difference between gain and volume?

if by “volume” you meant “volume change,” then “Gain” and “Volume Change” are the same thing.

A volume knob on an amp is a gain knob.

if by “volume” you meant “volume change,” then “Gain” and “Volume Change” are the same thing.

??? So the line of code (under the hood) that would increment and decrement volume output (via clip gain vs channel fader) be exactly the same? As in the exact same expression, but maybe just called within a different method?

What I’m trying to get at his how the two would be implemented in the DAW. If you move your clip gain -2db, vs moving a fader -2db, is it even conceivably possible that the sound would be different? 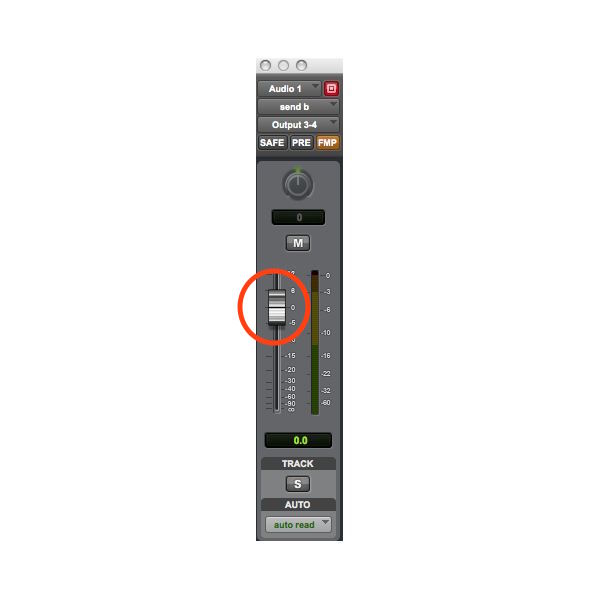 The bottom line is that gain is a multiply.

Sure. My question is if that multiple would be represented as the same algorithm in all areas of the computer code were that multiple/algorithm applies.

And if not, my question is next question is why. For what purpose would it need to be changed?

…I see where my semantics miscommunicated the question, and your answer differentiating gain vs volume was quite articulate.

Lol…I just saw your reply to the other thread. Unless I’m missing something, the basic function of a volume controller is waaaaaaay simpler than I thought it was.

Potato, po- that doesn’t work as well when you’re not speaking it. It’s like apartment and flat, decals and bumper stickers. Just more endless jargon.

What are you talking about?

Gain and volume being the same. Like apartments and flats, and decals and bumper stickers. Same things with different names.

Sure. My question is if that multiple would be represented as the same algorithm in all areas of the computer code were that multiple/algorithm applies.

Gain is like a scale model—you multiply everything (all dimensions) by the same factor to achieve a different scale.

Just like gain staging in analog, there are many reasons we might want to adjust gain in several places—to bring a sound clip up to a level that will work with a non-linear process (why many plugins have an input gain knob), to bring a quiet track up to a similar level of others for mixing convenience, etc. As long as we’re talking about a linear gain, it’s all just multiplication.

The funny thing is that accurate linear gain change is not so easy in analog (particularly if you want to control-automate it, such as a VCA). A multiply is not so terribly easy in digital hardware either, but it’s important for computation of all types, so we build a good fast one into our processors. That’s much like the way we design nice op-amps for analog, except that it’s easy to change a multiplier in digital, for things like automation, whereas op-amps are controlled by resistors and not so easy to automate, so we need additional work to build a VCA . But unlike analog, in digital we don’t need to build hardware for every multiplication we might need—the same multiplier gets multiplexed for every multiply you might want to perform. So the whole deal of linear gain becomes stupid-simple in digital.

Gain is the ratio difference of input level the input level and output level. This is either voltage or power measured in decibels.

Volume is a measurement of level at any single point in a system.

If the gain of a channel strip is 10 db the volume at the input will be 1/100 of the output if the measurement is power.

Gain is the ratio difference of input level the input level and output level. This is either voltage or power measured in decibels.

Volume is a measurement of level at any single point in a system.

If the gain of a channel strip is 10 db the volume at the input will be 1/100 of the output if the measurement is power.

@TeeThomas54, thanks again for offering a comment. Much appreciated

And good to hear from you. You may want to re-read the question. Voltage and power are both functions of analog circuits and don’t appear to be relevant to how a computer calculator adds and multiplies numbers. Boz demonstrated that the line of computer code inside the DAW which controls the gain and volume functions is simply multiplying a numeric value.

Voltage and power only matter when the audio goes in to the computer, and when it comes back out. They don’t do anything at the time when the data is inside the computer being processed.

In theory you are correct, however the number crunching within the digital processor is only a reference of the difference between the input waveform and output waveform. Digital manipulation of sampled values is only useful if converted back to Analog.

The term Gain is a ratio of the difference of the signal from a source to and output. This can be digital manipulations of numeric values or straight signal change of linear or non-linear in an analog circuit. Some of the advantages of digital sample manipulation are more accurate control of the output waveform. However, the end result is the same because as humans we cannot hear or see digitizes signals they must at some point return to the basic analog form. Either by a speaker or some form of analog output.

I am a very old school guy I have been around audio and broadcast equipment since the earl 1960’s. I remember changing tubes in an old Collins console and having blisters on my fingers. I understand I see things differently however. I have a great respect for the difference be tween digitally sampled and discreet signal processing. They all have their place and both need to be respected.

Currently I am the Chief engineer of over 50 broadcast facilities TV radio and satellite. My radio stations use IP audio from beginning to end. However, my on air audio processing devices use Analog on the input then digitize for processing then back to analog because I use 24 bit in the studio and 16 bit on air. I convert to analog to insure I have no artifacts in the 16 bit processing. The result is a clean warm sound not achievable in a completely digital air chain.

One of the first digital amplifiers I encountered was a Sony audio amp. This amp was a true reference sampling dc amp. they chopped the audio into a dc level digital signal in the preamp. All the amp stages chanced the chopped CD level sampled at the input. The output was a High current stage that converted the output to analog by a simple low pass fitter on the output. This made this amp a true voltage amp with that generated very little heat and almost no distortion as it did not amply frequencies. It was very simple and clean. However in this design never truly caught on as it is complex and the slew rates of components improved so similar results could be achieved using analog circuits.

I am a very old school guy I have been around audio and broadcast equipment since the earl 1960’s.

I really enjoyed your post! Not a rant, just a perspective IMO.

It’s good to remember our history and keep it in context. I grew up in the analog days and started recording that way. There will always be that basis and nostalgia no matter how far digital technology goes.

I agree with @Stan_Halen! Your response was awesome and it’s great to get your perspective given your experience. Thank you so much for being a part of this community @TeeThomas54. You rock!

thanks guys I don’t get on here much but enjoy it when I do.

thanks guys I don’t get on here much but enjoy it when I do.

Consider yourself an All-Access-Member and feel free to jump in here as much as possible! We enjoy your input!

Currently I am the Chief engineer of over 50 broadcast facilities TV radio and satellite.

Way cool! Chief engineer over 50 stations is quite an accomplishment. I do a good amount of post production - getting stuff ready for broadcast, but I’m certainly not the guy responsible for actually sending it out

Which company are you with? Have a website?? I’d LOVE to check it out!

Aw…not problem. I may have asked the question from a different angle, but I certainly appreciate your knowledge on the subject regardless.

You are my forum hero. I need a television station, don’t you guys think?