How much of the 500 series outboard gear price is pure hype?

This seems crazy. I bought the lunchbox thinking I could build some of those Hairball units, and that I could poach some used pre’s off eBay and Reverb, and that I’d have that thing filled up in no time. Over a year later…haven’t bought a single one. 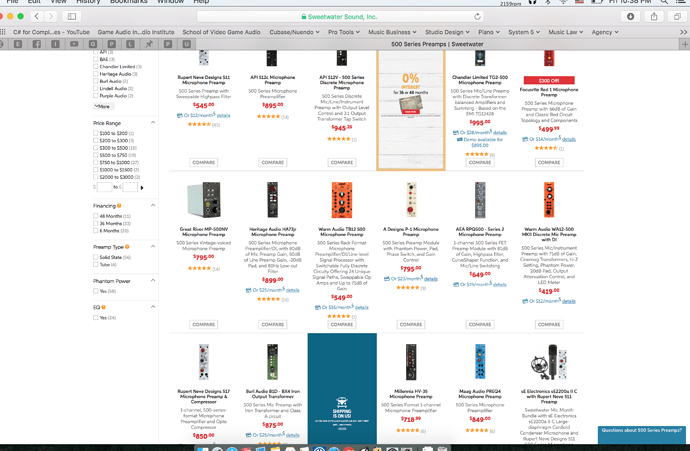 WHAT IS WITH THE PRICE ON THESE??? They don’t even include a power supply!! If it isn’t all hype, can someone please explain why in the HELL they are so damn expensive?

They’re expensive because if they lowered the price, nobody would want to buy them.

They’re expensive because if they lowered the price, nobody would want to buy them.

Under just about any other circumstance, I’d call you out for circular reasoning, but in this particular case, I agree. I totally understand that guys like Paul, Kent, and a few others really like them. Nothing wrong with that. I just can’t wrap my head around the cost inefficiency or packing several entire lunch boxes like you see in some studios.

I have 18 channels of lunch box gear. Some of it you can’t get any other way. Some of it I acquired really cheap. For example, the API 525 compressor is not possible to get any other way. I managed to get four tonelux 500 series eq brand new for USD 199 if memory serves me. The DBX 560’s are great. I snagged those for a great deal. It took me a while to understand the pricing, but it has worked for me. Further, you can get a ton of great gear into a very compact space.