Hi Folks - what style / genre of music is this?

Hello folks, I enjoy writing and recording songs - and have read a number of interesting and useful posts on this site. One thing folks sometimes ask when I tell they I write songs is “what type of music do you write?” I think we are a poor judge of what our own songs are, so I am looking for a couple people to help me here. I have created a 4 minute collage of the 14 songs that I hope to finish up and burn onto a CD over the next few weeks. Could you please give it a quick listen and let me know what genre / style you think they fall in to.

Hi Codger,
I would say that this is pop rock, and I like it.
Very nice recordings, and love the guitar tracks, also your vocals are crisp and clear.
Great work!!!
Rene

Hey @Codger great to have you here! Cool music - very catchy an melodic!

I would say this sits very much in the “Power Pop” category… I’m hearing loud guitars and super melodic hooks along the lines of Cheap Trick, Jellyfish, Weezer, Fountains of Wayne et al… very cool!

Welcome @Codger, great to have you here! This is great!! Thanks for sharing some of your work. Looking forward to hearing more. Your music is definitely catchy and fun. I dig it!! I’d love to read about some of your approaches, etc in your coming posts. Thanks for joining!

You couldn’t distinguish that from your songs?

What did you have in mind when writing these tunes?

The very first song I thought “Pop music”, and every song after I thought “Pop Rock”. There is a 1990’s vibe at times. I’d bet that some people would even consider this to be Alternative Rock, but I think this is more straight ahead in it’s approach, so personally I don’t think that classification would be appropriate.

Folks, thanks very much to all that provided prompt feedback. I was kinda hoping for an “alternative” label (or even aggressive alternative) but as I listen to those choruses and harmonies again I have to agree with you all. Hmmm, I wonder how to make songs less “pop” and more aggressive?

I often have very little control over the songs I write - I hear an idea in my head, I get out my guitar …

Thanks - the Cheap Trick song “Surrender” is one of my favourites.

Could you please give it a quick listen and let me know what genre / style you think they fall in to.

I hear a variety of styles and artists that might have been influences for you. I don’t know that there’s just one genre, though I agree overall there a lot of Power Pop, Pop Rock, Power Pop Rock, something like that.

I was kinda hoping for an “alternative” label (or even aggressive alternative) but as I listen to those choruses and harmonies again I have to agree with you all. Hmmm, I wonder how to make songs less “pop” and more aggressive?

The tempos generally seem quite fast, and combined with the vocals and vocal harmonies, plus a “pop sensibility” (think Paul McCartney vs. John Lennon), it comes across with a Pop and contemporary sound. But more of Pop/Rock of the past to some degree.

I heard some things kind of stand out from the overall Pop sound, though not a big stray from it:
2:34 This one sounded a little bit like Duran Duran to me.
2:51 This one has a little bit of the flavor of the band The Romantics.
3:25 Nice guitar work here, this gets more into an aggressive Rock direction, thought it’s in the middle of a Pop/Rock song I think. I like that funk bass playing too - I like how your bass jumps out of the mix, is that you playing bass too?
I thought I heard some flavors of The Knack and a band called ViFolly in a few places. You have some variety in your song styles, so it’s not anything that can be pigeonholed, but does have that overall Pop sound much of the time.

The music in your track sounds very “young”, and so does the singing voice. Listening to just the music, I might guess you were in your early to mid 20’s. Is this music you did recently, or some years ago? Not that age has to be a factor, but from your avatar picture you look more like our group here of mostly well-aged cheeses.

If you want to break out of the mold you have created for yourself, it might be time for a challenge. Pick a band that has the sound you aspire to, and try to write and record a song in that style. Or if that’s difficult, just do a cover of one of their songs trying to come close to the original but allowing for your own interpretation to some degree.

Just an idea from my notes above, regarding the band The Romantics. Here are two of their songs that seem somewhat diverse in style, just for some comparisons. The first one has a melancholy and slightly dark character, slower tempo. The second one is an up-tempo rocker and anthem. I heard some similarities to both styles in some of your songs. Just some food for thought.

Be sure to click the video, wait a few seconds, and click again. It’s a glitch with embedded videos on this site, apparently.
. 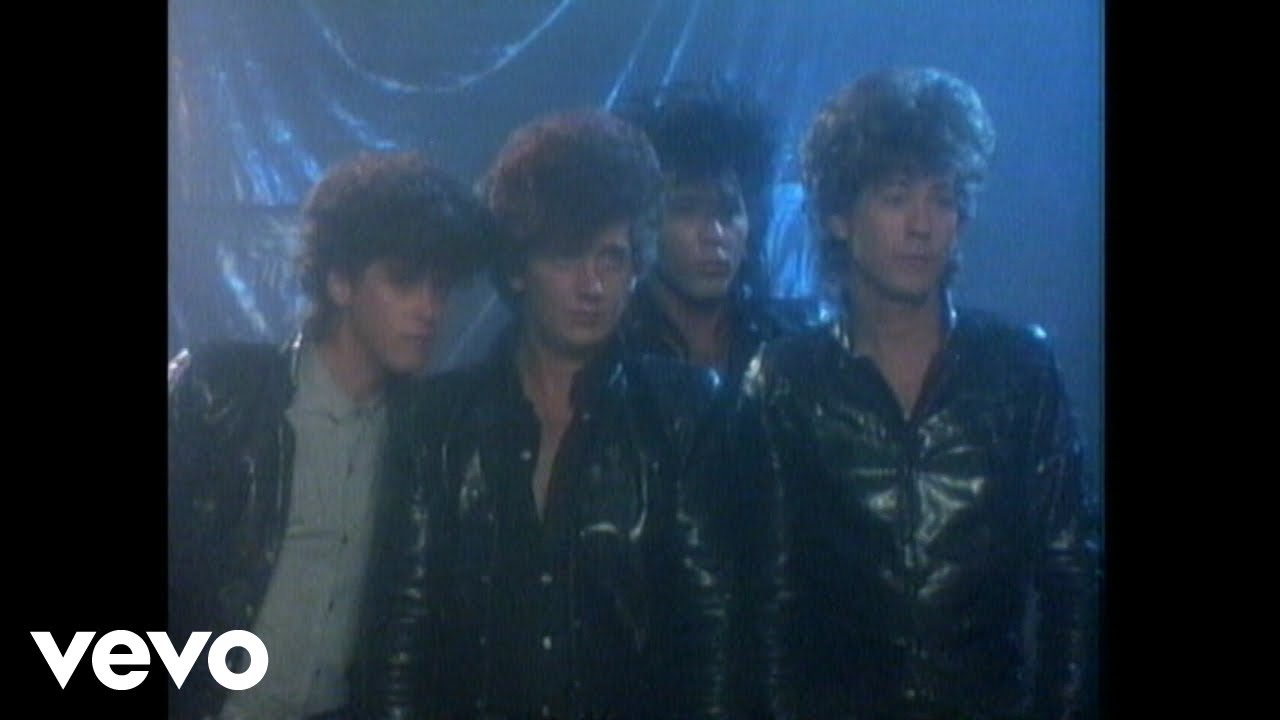 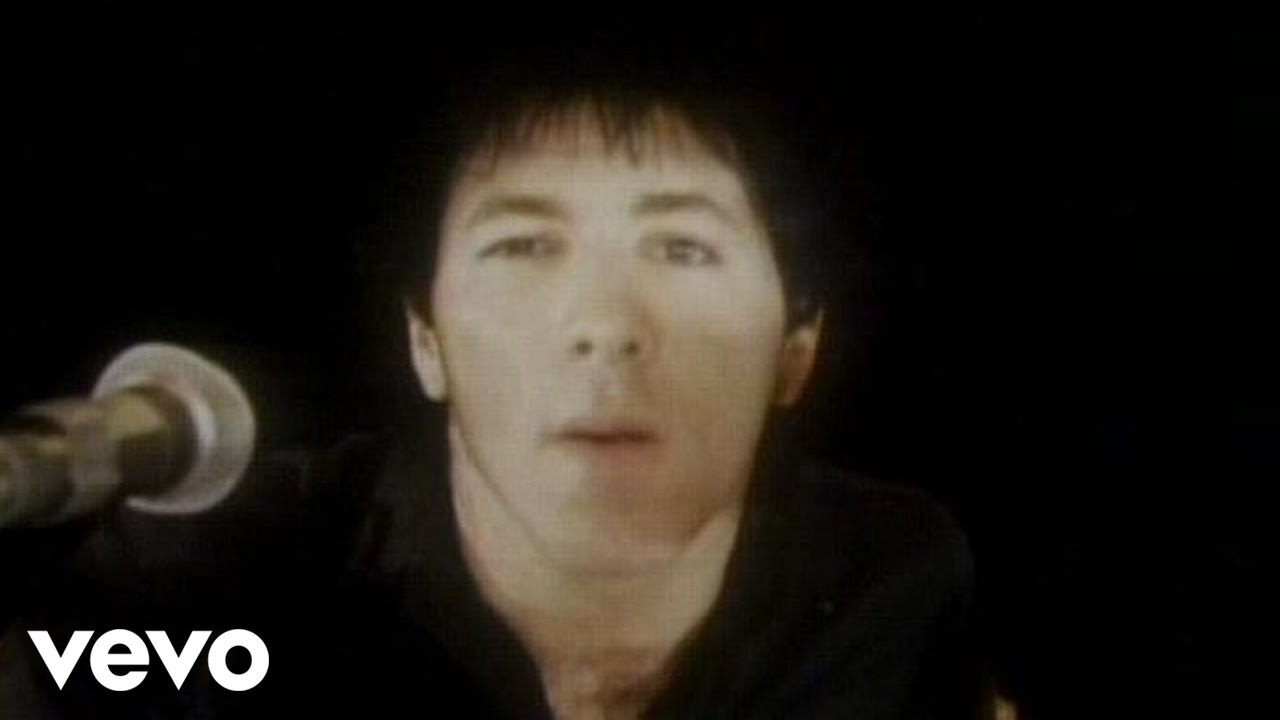 Yes, there are elements of that in the song snippets however, if I remember correctly, The Romantics were considered Alternative weren’t they?

Heck, they got played to death on KROQ out here in SoCal back in the day!

So what makes The Romantics “Alt music” and relatively similar music we are discussing pop rock genre?

It cant be just the hair style eh wot?

if I remember correctly, The Romantics were considered Alternative weren’t they?

So what makes The Romantics “Alt music” and relatively similar music we are discussing pop rock genre?

It cant be just the hair style eh wot?

I think this might explain it well. And indeed, I didn’t know the answer until I started typing.

As to the hair, I think it comes across as a New Wave type of thing mostly, perhaps influenced by Frankie Valli circa 1975.

The band is often put under the banner of power pop and new wave. They were influenced by 1950s American rock and roll, Detroit’s MC5, the Stooges, early Bob Seger, Motown R&B, 1960s North American garage rock as well as the British Invasion rockers.

The Romantics are an American rock band formed in 1977 in Detroit. The band is often put under the banner of power pop and new wave. They were influenced by 1950s American rock and roll, Detroit's MC5, the Stooges, early Bob Seger, Motown R&B, 1960s North American garage rock as well as the British Invasion rockers. The Romantics achieved substantial popularity in the United States, the Netherlands, Germany, Canada, and Australia, with their two best-charting songs "What I Like About You", peaki...

I’d put The Romantics pretty squarely at the intersection of Pop and Alternative - great melodies and just a bit aggressive.

One of the things I like about “What I like about you” is that they took a standard three chord special from the 60’s and made it something fresh.

To answer a couple questions from above:

Yes I play all of the instruments and vocals on my songs - but while I can play bass (a bit) the bass guitar parts were all done on a keyboard with a bass patch. (When I try to record my bass playing I get fret rattles, uneven dynamics, uneven timing etc. etc.). FYI I do the drum parts with my fingers using an Akai MPD218 drum pad - and then quantize a bit to remove egregious timing issues. My goal is to sound like a live band but I do cheat on a few things - for example, I don’t drop the hi-hat/ride cymbal when the drummer is doing a roll like a normal two handed drummer would, and I don’t drop a rhythm guitar when a guitar solo happens like would happen with a real band.

Yes, the songs are recent all done in the last couple months - I am hoping to put them onto a CD to send to my friends with the next couple weeks. … and yes I am an old person, although not the oldest here I understand.

Thanks again every one for great feedback - I’ve enjoyed reading the discussion.

I hear Boston. I like the vocal dude. Some great guitar playing in there. Kinda weird listening to so many songs all at once. I liked what I heard for sure. Most IMHO could use a little space now and then to breathe??? I think:) Glad you found this pace

This forum has talents beyond genre guessing…
I don’t know how much of a hurry you are to get your CD done, but we have a great critique forum called Bash This Recording.

Toss a song or two over there and you’ll get feedback on everything from production to mixing tips.
I’ve watched many a song get polished in a short time from the feedback. Lots of talent here and we’re also not afraid to talk politics or opinions if that’s your style. There’s a forum for that also Backstage

I’d happily listen to it on one of the alternative rock stations I listen to.

I agree! And welcome back around @tensen! Hope you’re doing well.