Hey...has anyone heard of this country singer?

Leon Everette Baughman (born March 27, 1948 in Aiken, South Carolina) is an American country music artist. While in the Navy during the Vietnam War, Everette won a singing contest and decided to pursue a career in country music. Between 1977 and 1985, Everette recorded eight studio albums, including five for the RCA Nashville label. He charted several singles on the Hot Country Songs charts in the same timespan. Everette reached top 10 on the Hot Country Songs charts with the singles "Over", "G... 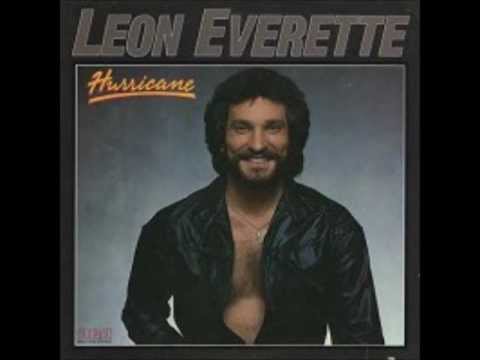 Has anyone by chance ever heard of this guy? He just moved back to Aiken South Carolina, built a recording studio, and re-formed a band around a couple guys I work with, one from Drifters and the other a former drummer for the Atlanta Rhythm Section. He appears to have had 27 songs on the US billboards (though some of them not that high). Was gonna meet up with him next Wednesday and was just curious if any of you happened to have ever heard of him lol.

I don’t think so, but the name sure sounds familiar. Not sure why

For some bizarre reason, I remember hearing “Midnight Rodeo”

I had just left school and was staying briefly in a country town called Warwick, just southwest of Brisbane, in the mid 1980s…

I was working for a sign writer and the only radio station we could pick up in his shed played country music. I remember them playing this song about 5 times a day…

It might be the awful, lecherously suggestive lyrics, the disgustingly orange/brown/wood-grain panel/shag-pile imagery, or perhaps just the cloying, syrupy pedal steel and backing vocals… In any case, no matter how hard I try, I just can’t UN-remember it!!!

The dude practically drank and smoked himself into oblivion, hit rock bottom, “found Jesus” and now he only sings gospel music. So that’s what I’m told. Sounds like it’ll be an interesting evening.

Gospel music is big business. I’ve never heard of him.

well, that was lucky! (ironic grin)
That J dude sure seems to get lost a buncha times…