Hey all, how have you all been? Back from the dark side :)

I am back for a bit. No contractual obligations from the dark side of the industry(for now).

Been a busy last couple of years. Mostly ghost writing for international movies. It was quite an eye opening experience of how movie music is made. It is both brutal and an inspiring experience. Anyway…not much of it I can discuss still, but it was something bittersweet. I like to open my wings wide and soar so it is not very fun writing music with massive creative limitations and formulas. But it is what it is…

what I am truly excited for is that I have been asked to write and produce a full score for an upcoming and promising video game. Themes, scenes and everything. Full creative freedom and that is how I like it!
I am here to pick your brains again (btw missed you guys).

here are some themes I have written so far and many more I need to write still (both excited and nervous)
Theme song: (Pangea) 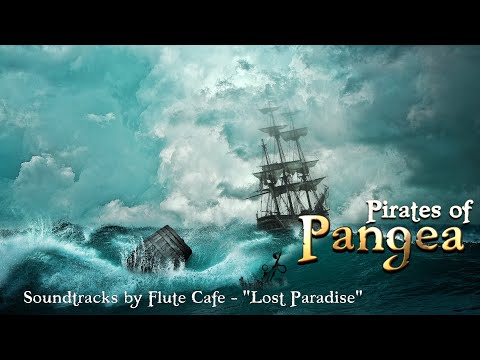 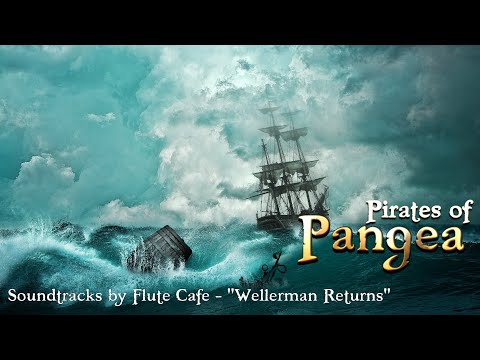 props to @bozmillar that is his piano VST in both of them.

I will likely be making a separate thread at some point to get some inspirations and ideas for mid century/nautical/high seas type vibes. Instrument ideas, etc…

Great to see you back.

Hi Michelle so good to see your face pop up

Sounds like life has been challenging as of late for you. I guess that is a good thing. You prob know I can’t help much in analyzing your music. I’m too tired tonight to try, but tomorrow??? ha ha

I guess that is a good thing

Hi Paul, Hi Bob. Thanks for the words. Hope you both have been well. There is a lot of music in here, it will take me forever to listen to but I did hear some songs from you. Lot of pain and feeling.
This place has always been a great stop to regain sanity or lose it once in a while haha. I am here till my next contract forbids me to interact on music sharing sites.

Life has definitely been exciting. Music still the mainstay for now so that is one constant over the years. Been making music…mostly for others, and need to put some time aside to make some of my own. How are things with you, and here in general?

Welcome back @FluteCafe , you give us great knowledge and music too. I hope we get to here some of the stories. We recently heard from one of our members, Pat Talbot, who has spent a few years actively promoting his music in the indie scene. Here’s what he said on Andrew’s thread, not too encouraging.

"As to promotion, well, all I can say is that it’s a jungle out there! I’ve been very active trying to promote my stuff for about 3/4 years on social media/indie radios/blogs etc. and it’s been time consuming to say the least.
I’ve got a lot of horror stories about the state of the indie world, the payola involved, the various scams and the general indifference and fakeness of it all, and TBH I’m done with it.
Nowadays I can’t be bothered…
I keep doing some music when I get the time/urge, but if I ever publish anything again I will just put it out on my website and be done with it. Life is too short

Your video gig is exciting. I’m not a gamer but it looks very cool and I think you’re headed in the right direction musically, the sound is beautiful. If it were a movie you’d need some menace and epic stuff happening but games are different I guess?

I hope we get to here some of the stories

It was exciting to say. Got to meet great artists and composers under the shroud. Most work is subcontracted by Tseries and cant be shared. They own the rights to everything. It is a complex ecosystem. Composers don’t have much creative freedom and have to work through fine lines of formulas and derivative works…But the brighter side was that there was compensation, great food and an opportunity to learn some new and exciting stuff. I was able to pick some brains of composers and producers. I have a few other potential projects in 2024-25 so looking forward to those.

I picked up the game gig, as it gave me creative freedom. Well, the gig found me rather. It is good to finally be in that position frankly. While I still enjoy playing flute at weddings (giggles) and taking wedding photos (sort of a two in 1 deal), those days are in the rear-view mirror.
I like game music, themes and tracks so this was right up my alley.
Anyway…enough about me.

I’ve got a lot of horror stories about the state of the indie world, the payola involved, the various scams

Wow that is rough. I am well aware of the state of Indie music…it is hugely driven by social media, spotify playlist bribes, Reddit, discord, tiktok…so many social platforms have joined in that it is nearly impossible for a single indie musician to do it all. Does not help that Youtube is pretty much dead for indie musicians due to recent changes in its algorithm. So yes, money talks and competition is fierce.

It is also extremely hard to survive in the top tier genres like pop, rock etc…An artist has to dig a deeper niche to stand out. I like singing and writing music. Initially I wanted to sing and make my own songs. I couldnt do it, I couldnt do it in todays scene either, even with having some industry contacts because there are literally hundreds of people like me in their contact lists who sing, dance, mix, master and make music. You have to be unique, have a massive social following and quite literally be an influencer today to crack through the surface. Discouraging, I know but exceptions have happened.

All the hoops did eventually lead me to find my niche. One of the things I don’t regret however is learning mixing, and audio engineering enough to stand toe to toe in the jungle. It was humorous at times to walk up and speak up that their compression technique is killing this sound lol. When I showed them what to do, the looks on their faces was priceless haha. This forum did encourage me to get better at mixing and for that I am grateful.

but games are different I guess?

Games and movies follow different philosophies when it comes to making music. They have different audiences and different expectations. A game that follows movie overtones is essentially frowned upon, like how movies made on books are often frowned upon in a book club lol.
I could potentially make it sound like the avengers have landed but it just doesnt work. It creates a sonic-visual disparity that could lead to unpleasant experiences.

Games do however depend heavily on great music to be liked. Final Fantasy franchise is a great example of a marriage between games and music. Great fitting music can make a game great.
It is a great steppingstone to taking on bigger movie projects. It is a journey I am happy to have embarked on over the last few years.

I am writing a song now and, before you even appeared here, i said this will need Michelle’s strings. no lie. No lyrics yet but a decent melody line. Usually something pops up???

No lyrics yet but a decent melody line

Though in theory I could write to a melody line, in practice I find better inspirations with lyrics. But I am willing to give it a try time permitting. If you have something already pm me.

Welcome back Michelle! Wow, it looks like we’ve really got a Renaissance going on here now at IRD. Although, since the World Economic Forum (WEF) says “You will own nothing and be happy” maybe we’ll have to settle for a Rent-aissance.

Oh well. as long as we can make music and be happy, I guess it’s all good.

we’ll have to settle for a Rent-aissance

haha well said. I see you are still the light of the party here

I see you are still the light of the party here

It’s a fine line, apparently, between humor and hyperbole.

Good to see you back, Michelle! It’s been a long time since we rock and rolled.

I’ll check out your YouTube links at some point. At this moment I’m unable to get them working, for some unknown reason. Looking forward to it!

But it is what it is…

Hi. Am Devyn. Nice track and CONGRATULATIONS on the Gig!