This is really more of like a weird inspirational thing that it is a bash song.

So I as in the middle of recording what I think is one of my better song for last twenty for hours. (No, its not the grass cutting song I posted) I just purchased a Yamaha MODX8 on Friday after YEARS of wanting a synth for all the cool sounds so I have been on that thing since then. I had to cut the grass before it rained so I finally broke down and go on the ride mower. I decided to put a ear protection headset on to keep my ears from any more damage. While I was riding, the headset was not tight and it was vibrating on my head slightly. This created the coolest effect ever and I was thinking of how I could capture this sound. It would of make the coolest tech-rock song. I had my cell phone with me so I used my recorder to get the sound at least of the mower. I downloaded it and tried to recreate that sound but to no avail. So instead I decided to just use a section of the mower recording and run some modulation and serious reverb on it. Even with all the effects, you can still tell it’s a lawn mower if you know it is, but I don’t know if you would know without it. I got to the beginning and a few sample verses and stopped. I can’t figure out how to transition into a chorus so I am giving up for now. I have the mower looped through the song and at the end I pulled it out of the effects to hear the mower straight. The mower is is the key of E it turns out and its not really sharp or flat, its pretty much on E. The irony is that I spent 2 grand for a new synth for the cool sounds, only to use the lawn mower and my phone for this. I thought if there is anyone who might find this interesting, it would be someone at the Indie Depot.

That’s an absolutely beautiful song! Great story and you’ve got a great voice too. I could listen to your moody piano songs all day long. Really nice! I want it to keep going though…

Thanks Mike. There is not much to the song. I am horrible at that part where you have to transition from a verse idea to a chorus idea. I have about a thousand orphan verses and a choruses now. I wish there was an app that you could drop your verse into into it and it gives you out some options for choruses and vs versa.

I got lost in that piano intro …and then…wham that voice. WTF Love the reverb too (not a big fan usually)

Inspiration comes from the strangest places sometimes!..Really nice stuff, James! Even as-is, it makes a really cool piece, but it would be great to hear if you come up with anything more.

… & now you know how WE all feel with just about every one of your tracks that you post, Paul!

At first I thought the instrument at the end was a synth…but it’s a lawn mower?!!

Thanks Paul. No, its not done, don’t know when it will be done. I was posting more about the use of of odd sound bites. I was hoping that some other people would have a cool story about a sound they used. But thank you for the compliments.

It’s the sound in the beginning and runs through the song. The lawn mower at end was dubbed in there just so you could compare the mower sound with some before an after.

Thanks Andrew. I think I will try at some point to finish it. I don’t even know if the mower sound works with the song. It’s what started it, it was supposed to be kind of an ambient sound running through, like William Fitzsimmons song “Lions” but I think it might be too much or not the right sound. Lions is probably in my top 5 favorite songs of all times but I can’t tell if the sound he has is annoying or if it helps make the song. It’s like some kind of fan running sound. You don’t really know it is there until the end when it’s kind of the only sound still going. I slowly fades out and then you realize there the while noise was running through the entire song. I think this kind of added thing is not common and I think I was thinking about it when i started messing with the mower sound. I think I added the Loins link here. 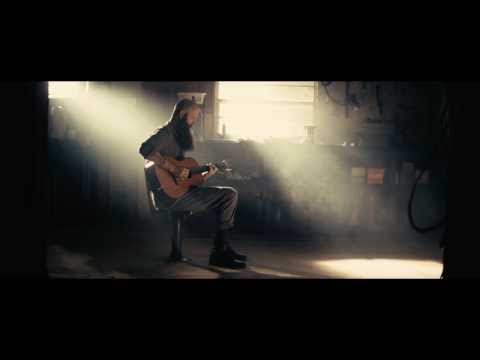 Ooh there is a really lovely vibe to this, and your voice gave me chills…
I love using ‘found’ sounds, I have a zoom mic that I capture them on. Integrating the washing machine was one of my more fund challenges, (https://soundcloud.com/emma-caiman/washing-machine-song-o-i-dont-expect-joy-all-the-time)
I find ‘natural’ sounds can create an intriguing tapestry but they can be wild beasts to fit into the mix sometimes…
Great vibe you have created here, really like it!

I remember when you posted this, it’s all coming back to me. I think I may a comment about it remind me of a musical. Awesome. It’s a very clear recording of the washing machine. You got a lot of love on the song there, more comments than I can read.

Ahh well I since realised that virtually every song I’ve done has some live noise in it tucked somewhere…
I seem compelled… waves, gulls, (even flapping plastic lunchboxes in this one https://soundcloud.com/emma-caiman/last-time-i-heard-the-trees-call : )
I am something of a compulsive sound tinkerer… reversing things, massacring them via various fx… I love it… Like the way your lawnmower gave great sound, nothing at all as I would have expected.

That lawnmower made a very cool pad. Overall this has an amazing vibe to it… the reverb, your voice (reminds me a bit of guitarist John Wesley). I hope you can complete it!

I am something of a compulsive sound tinkerer…

Great mix of sounds, you have a little of everything in there. Your singing style and tone reminds me of Karin Bergquist from Over the Rhine. Lovely.

Here’s a starting point to move forward:
Use the same cadence on the piano and switch to Fmaj7th to Gmajor and repeat the phrase twice. Then switch to D minor to Gmajor twice, hold the last Gmajor as long as you’d like with the lawnmower in the background, and switch from there back to your original piano phrase. I’m playing it along with you on guitar, and it makes harmonic sense as a bridge to another part.

Okay, let me try that tonight. I only spent about 40 minutes on the song and gave up because it’s not really my style of a song, I just started playing piano notes and that seemed to fit it. I was more interested in trying to make the lawnmower sound work. But I will try that and see if I can work that angle on the song. Thanks for putting in some time with it and breathing a little life into the song.