Got to track and mix with a Grammy winning producer in a world class studio today!

Bryan let me use his IRD/Rusty Frets credentials to get me into a masterclass with Craig Bauer today at The Tracking Room in Nashville TN. I’m gonna give a run down of the events in one thread and the notes and details of the music and mix in another. Believe it or not, I was unsuspectingly asked to play the piano at this thing. I got to spend some time listing to a living legend record and mix a track, and I even won a copy of Anteres AutoTune Pro in a raffle haha. 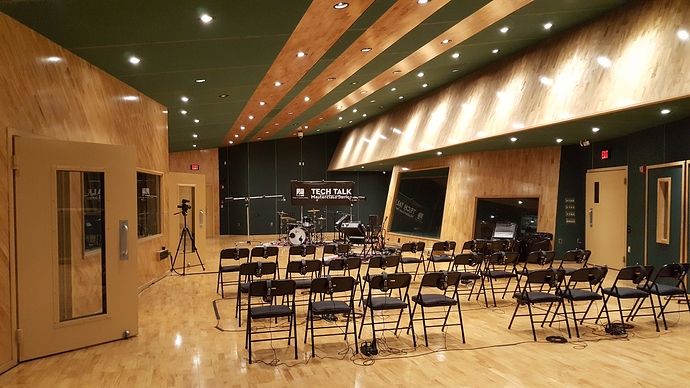 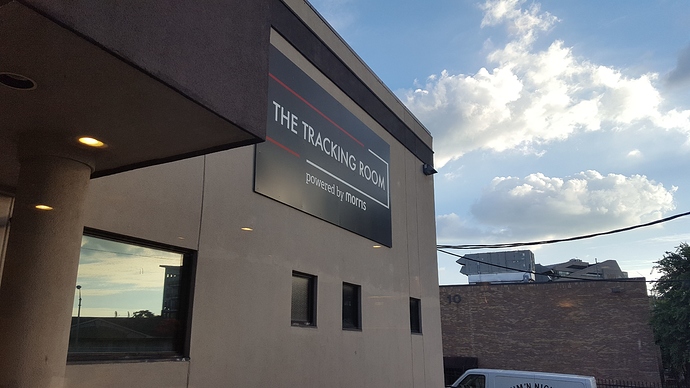 I’ve been in some elaborate studios before, but this is the nicest tracking facility I think I’ve ever seen in action. This has some truly unique features, and one of the most functional and creative acoustic designs I’ve ever experienced. I’ll compare it to some of the other top studios I’ve been in later on. 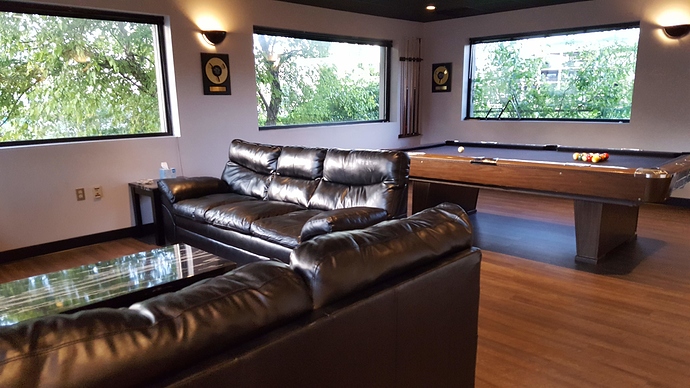 About 40 people showed up to watch the session. Everyone was allowed to wander around the facility, take pictures and ask questions before the session started. They encouraged people to mingle a bit and take pictures before everything got started.

The first thing I noticed was that they were using all Blue mics!! That made me really happy. Wow. 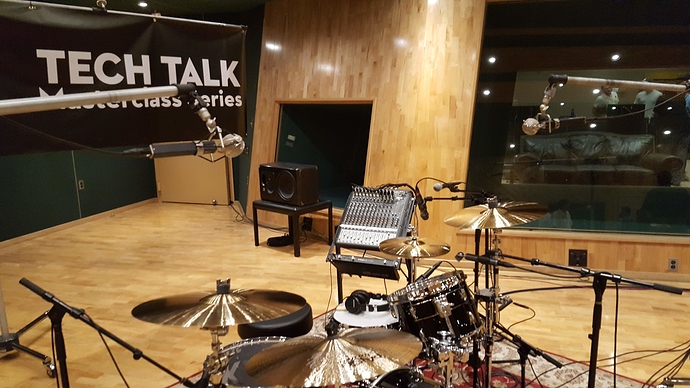 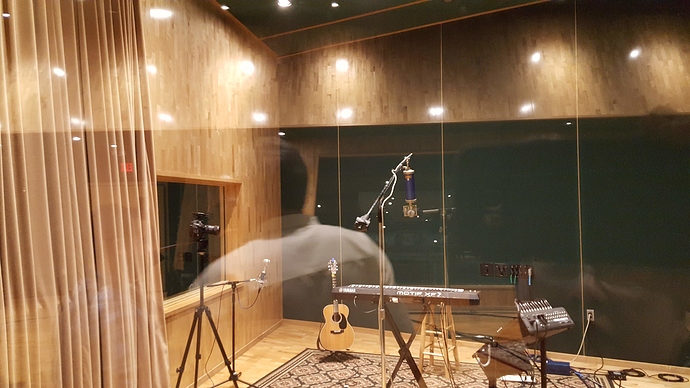 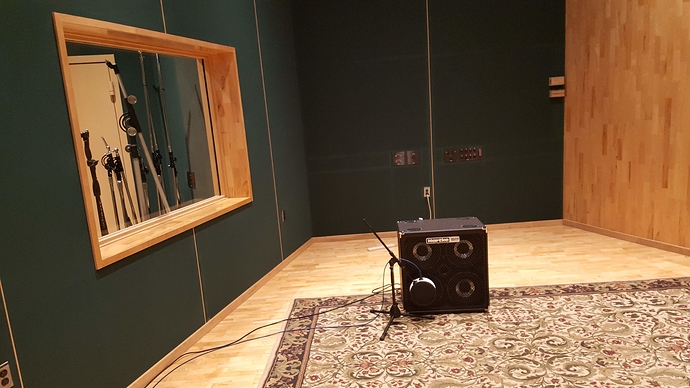 Yes. This is THEE stone room you see in your Waves and Altiverb presets on your plugins. It sounds stunning!!! 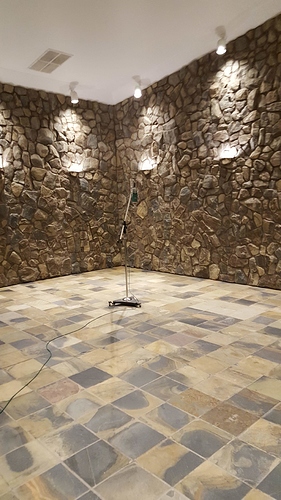 When you look close at the green rectangles you can see traps embedded into the design. There are a LOT of them. 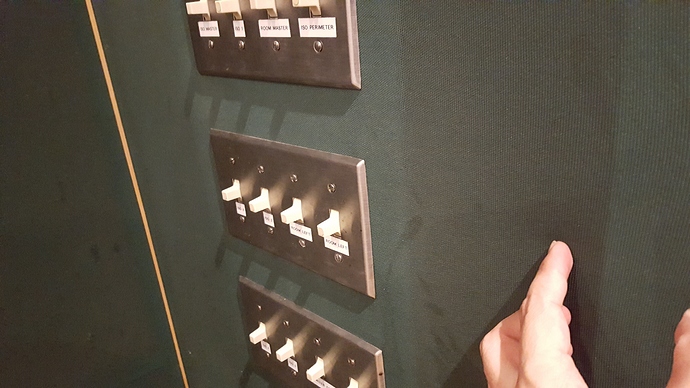 This place is in a horrible location next to a very busy interstate, a highway, shipyard, airport and traintracks. But if you go in an iso room and close the door, your own breathing will be the loudest thing in the space.

So basically what happened is that 40 some people showed up. They split us into 2 groups of 20. The band tracked 3 songs. For the first song, half the group sat in the live room, and the other half listened from the control room. Then we switched for the second song. Then we switched again for the third song. I have no pictures of this for obvious reasons. They made people turn their phones off. Not so they wouldn’t pirate videos of the music, it was so they wouldn’t ring during the session.

Then everyone ate food and left. They sort of gave the “audience” the clue to leave.

The Blackbird Academy students and Tennessee University audio students stuck around to do the mix and then Q&A with Craig. While most people were in the lobby chit chatting, I cornered the assistant and rattled off all my lame questions, knowing I was gonna need to save the important ones of the Q&A with Craig. I promise you I annoyed the living hell out of him, but I really don’t care. 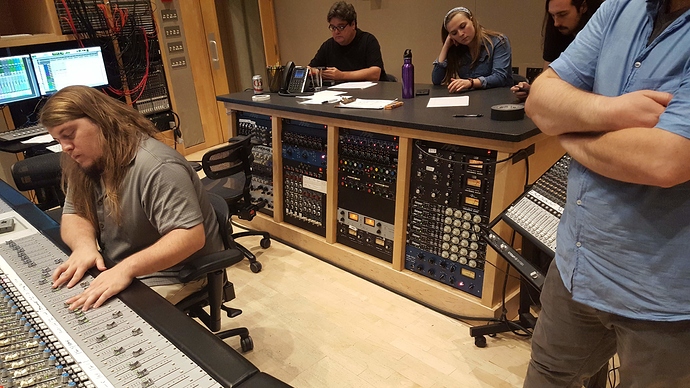 The Q&A was a little awkward at first. The students were really shy about asking questions. To the point I think Craig started feeling awkward because he was expecting technical and craft related questions and trying to think of things to ramble about because no one was asking, so I jumped on the chance to get things going a bit. That was after he was like: “Hey guys, it’s kind of a hard to do a Q&A if no one is gonna ask anything”. 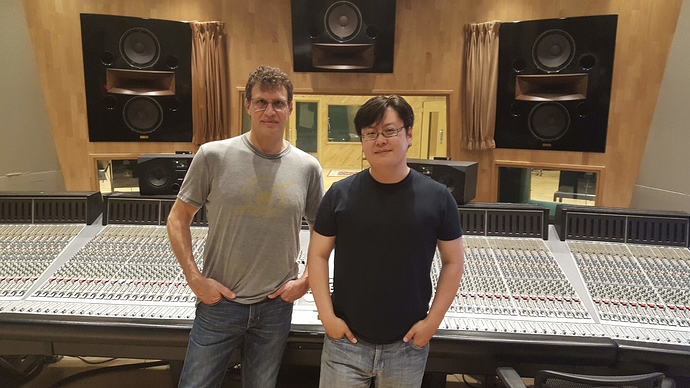 Overall, once the mix and the Q&A got rolling, it was incredibly insightful. I learned an wealth of game changing knowledge (well, game changing for to me personally anyway), that I’ll share in a lot more detail when I have a chance to organize seven pages of handwritten notes over the next few days.

However, I was horribly embarrassed at some of the stupid and borderline insulting questions that he had to tolerate. One guy blurted out
“I ain’t never heard of you. Waz yo name again?”
“Um…Craig.”
“I gotta leave early Craig but meh, your stuff sound pretty gud”.

Another guy asked him “What brand do you mix with?”.
Craig: “Man, I have so many plugins its embarrassing but…”
“No, I mean the brand you mix with”
Craig: “My mixer?”
“The things…those there” (And points to the Augspurgers)
Craig: “Oh! You mean my monitors”

So…later at the end of the night after everyone had left, I climbed up on the mixer and turned some knobs just to see if I remembered how to run that SSL 9J. I didn’t get very far. I was trying to remember how to play audio through the output. I couldn’t find the input the CD player was patched lol.

My former intern was laughing at me and taking pictures as I fumbled around trying to remember where stuff was located on the center section. 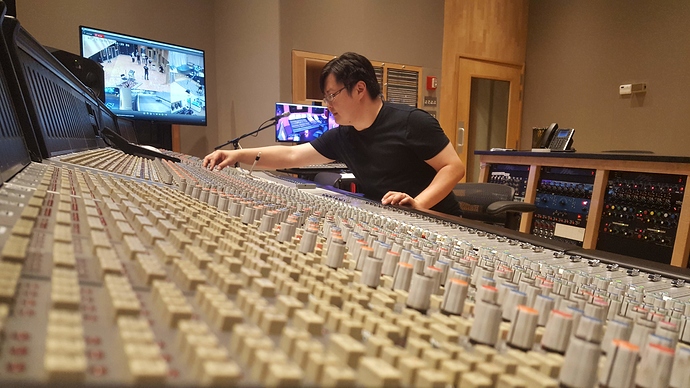 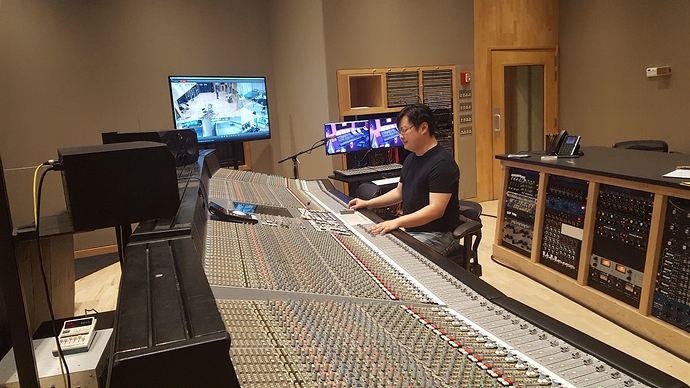 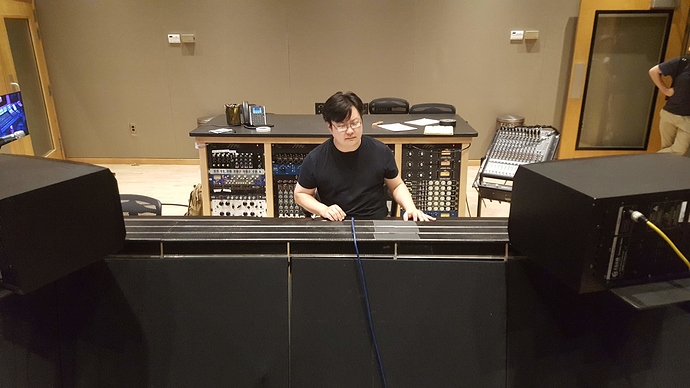 Thank you @holster for signing me up for one of the MOST AMAZING experiences of my professional career. I’ll decode the detailed hand scribbled notes I have from all the Q&A stuff and post it to this site on the ride back to Florence SC.

Wow!! What a cool opportunity J! Happy for you that you got to do this.

I’m struck by how many shiny surfaces there are in all those spaces… so much wood. I’m sure you’ll cover this later, but I gather that they counter those reflections with absorption elsewhere in the rooms?

Awesome. One tends to covet after such an experience:)

I’m so glad that worked out @Jonathan!! What an opportunity and thanks for the awesome write up! You rock!

thanks for sharing that look forward to more.

the brick room from The Waves was really cool…

I liked the stupid questions it made me laugh, you assume everyone there knows, but thats a wrong assumption… the mixer thing a ma bobs with the round stuff…that make bass come from…lol

I’m struck by how many shiny surfaces there are in all those spaces… so much wood. I’m sure you’ll cover this later, but I gather that they counter those reflections with absorption elsewhere in the rooms?

Anywhere you see green in the room, you’re looking at a complex network of traps and diffusors. They’re just covered by a thin layer of green cloth. Theres 3-4 feet behind those green sections as you can sort of see in the picture with the lightswitches and my hand.

I’m not an expert on this stuff, but my understanding is that by intentionally designing the rooms in shapes with slanted walls that don’t corner at 90 degree angles with sloped ceilings you minimize the need for traps. I think there’s a way to calculate the room ahead of time that says if I build like this and this, then I won’t need to do this and this later.

And another thing…if you look at the last picture (of me in the control room), the wall behind me isn’t solid. If you took a moving start and shouldered into it, you’d tear right through it with ease. Its wall of cloth covering an array of traps with studs placed vertically so there would be a spot to mount the AC controls and the wall sockets. If there were several of us standing in the back of the room, we have to be VERY careful if we leaned against the wall.

If you look at the picture with me and Craig, THAT wall is different. The wood is real hardwood oak, but the grayish area isn’t cloth over a hold like the back wall. Its solid and there’s a hard thick material in those grey areas similar to the exterior surface of a cubicle.

Thanks for that additional info… makes sense.