3:00 If alligator boots cost about $400, I don’t even want to know who much an alligator door costs.

6:44 Everybody in rock wants to be on film lol …then when there’s a guy mixing it who has like…health benefits they want to be on rock…and Warren says no no, we want to be you! funny. Grass is always greener on the other side. Right?

…only made it about 10 min in…I’ll dig through this tomorrow. This is probably gonna be a really interesting video!!

Trust me…you’ve got a way to go yet, but you’ll get carpet burn on your tongue…

Through 10 min…noticing how different the film guy’s setups are.

Film guy:
11:46 mangling and smearing a violin with an analogy granular engine. nice.
18:33 Meyer Acheron monitors. Interesting observation. JBL seem to be the most popular but I’m sure there a lot of stuff that works.

Owner guy:
20:20 Note the extreme amount of trapping to get a space that small to function. 5 feet of solid traps behind the rear wall? Insane. But the diffusors? That doesn’t make sense.
25:01 An Augspurger boombox? WTF??? Ah. Got me too!!
27:20 Vocal booth…no glass

Synth guy:
29:00 at this point, noting how everyone is using protools and avid controllers.
37:07 I don’t see a patchbay. I’m assuming the all the synth gear is connected to i/o points directly on the converter. That’s how I would do it. I suspect that MIDI liaison patch network is hiding somewhere in one of those racks.
38:04 I refuse to buy stuff like an outboard envelope chase. Someone is gonna have to give me a damn good reason to mess with something like this.
40: Very interesting use of a Dangerous Audio Liaison box. To be able to use his mastering chain for recording. Hmmm. Haven’t seen that before.
40:30 - Waves DigiGrid IOX. Didn’t expect to see that one on in there. So he’s using it as an integrated front end converter because of its ability to communicate bi-directionally with different DAW sequencers which then send from Logic to PT to be mixed. Basically its a way of going into Logic. Then he streams audio from Logic into ProTools. This is really complicated, and if I hadn’t spent hours pouring over the workflow of this device with a senior sales rep from Waves I wouldn’t have been able to follow this. Watching Warrens body language, I wondered if he was a little lost here, and thats very completely understandable if he is! haha…Warren 44:50 “…I still say tape!..Print” lol.
45:10 - Now I’m lost. What the fuck? A Behringer digital mixer? Ok. I don’t understand how that thing is not completely redundant. He can see the inputs on the IOX?? I’m confused. 46:07…I understand ethernet based Dante clocking, and remote DSP. But I’m hung up on how that Behringer X32 is of any benefit in that room.

Pensado:
49: Haaaa! Dave Pensado? Augspurgers. No really? Wait a sec, I thought he was using those $300 KRK’s you see in the pictures on ITL lol.
53: make that silver metallic Ferrari special edition Augspurgers.
59:19 OMG! HAAAA!!!
“I just thought this pattern looked good…its not really doing anything. Its just so much fun to sit here and go ‘ooooh’…sometimes you gotta entertain yourself lol.” 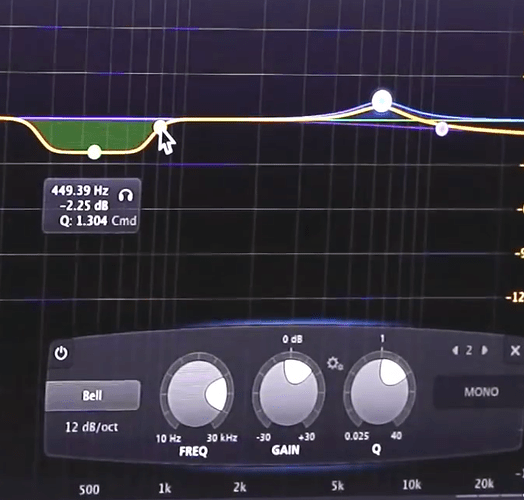