Game audio vs film audio. -- A lot of fun but it also really sucks

I’m brain fried at the moment and my ritalin is worn off. I’ve been spending at least 10 hrs a day drilling through these Udemy courses on game making, and I haven’t even scratched the surface. I’m not going through and learning every little detail, but after having sat in on some sound design teams, I do believe a lot a fair amount of programming knowledge can really help someone in game audio sound design.

What sucks is I’ve been at this for weeks and have yet to make anything particularly cool. Its all been scripting so far. I’ve tried to divide my time 50/50 between learning the scripting, language, and logic, vs. learning the Unity 3D interface (which is like your DAW if you’re a game maker).

I also had to install Windows Parallel on the Mac in my office because Re-sharper (that’s a code editing tool) doesn’t work on mac.

Here’s a look at some of the courses threw in my shopping cart when they went on sale. Its really cool stuff, but it’ll take years to actually go through it. 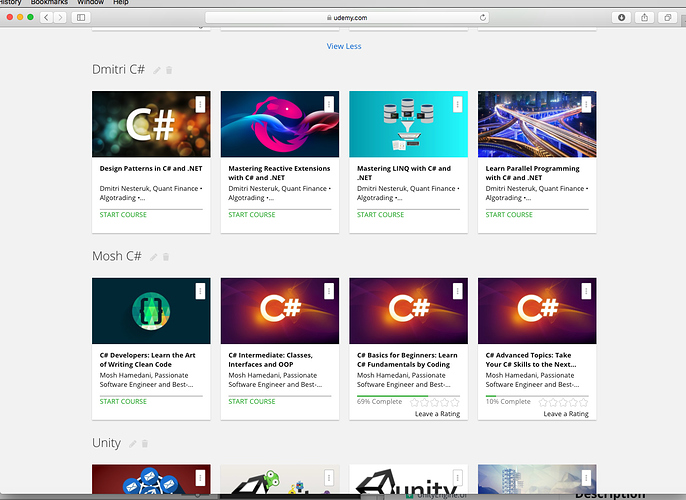 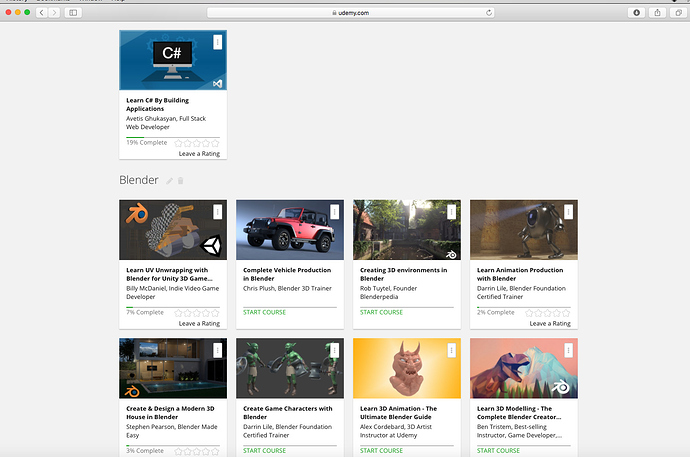 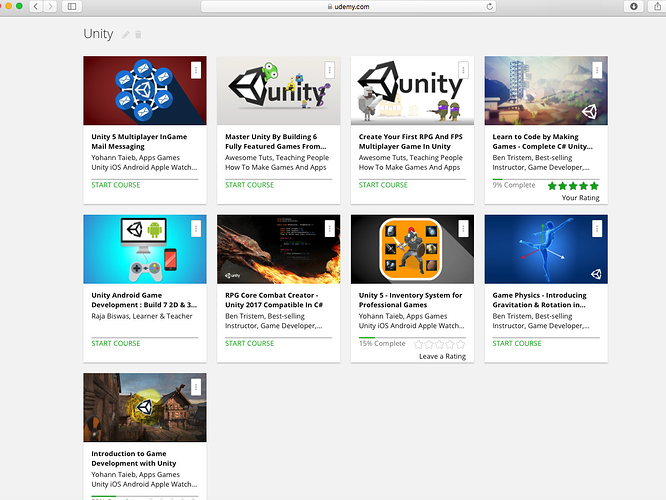 This other website called codeschool.com also came highly recommended from C# developers in town. Its probably the clearest and most thorough course I’ve ever seen. But its boring as hell, and strictly coding. Nothing game related. That sucker is expensive too. I’m gonna download the slides, notes, and outlines then cancel the membership. 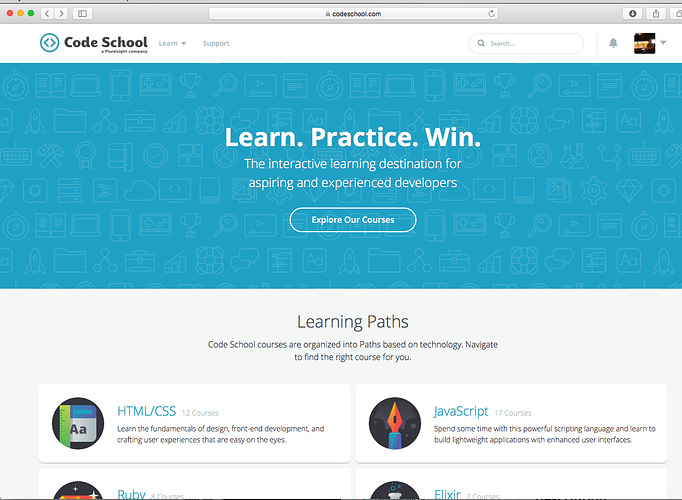 There are a lot of similarities between film and game audio, in the way of sound design itself. They’re two entirely different beasts at the implementation level. The cinematic work is definitely closer to the music recording world in terms of workflow and process. Broadcast is a hybrid between live sound and audio recording.

I also made the decision to cancel my Groove3 and Produce Like A Pro membership subscriptions. I just don’t have time to mess with the audio production end right now. I’m also neck deep in figuring out how to get a website put together and I’m gonna need to find a different booking agent. Craziness.

Oh well. Letting my grey matter rest and just venting a little. Back to work lol.

Great to see what you are up to Jonathan - but whew… there is a diverse range of complex skills in that group of software. Are you looking for a general overview or a specific skill set?

Great to see what you are up to Jonathan - but whew… there is a diverse range of complex skills in that group of software. Are you looking for a general overview or a specific skill set?

This is about as good of a ‘in-a-nutshell’ explanation as I can find. Even if you don’t understand a thing he’s saying, its still really amusing to watch!!

(And below vv ) Here’s a SUPER simple demonstration example, with just one gunshot.

So you have your DAW. The ‘middleware’ (which is what FMOD and Wwise are) is software that sort of lets you apply your DAW functionality to the game sound. Once you have the audio end under control, you have to be just familiar enough with the mechanics of the game engine to be able to tell what’s happening where. So I personally don’t have to be able to ~design~ the game physics, but I need to be able to look at the physics code of…lets say a car driving by…to know how to implement a doppler effect plugin on the sound of the car.

In a movie you can simply automate it on your timeline. So car drives from left side of the screen to the right side of the screen. Use your panner. Big deal. Simple as that. Right? Well, in a game, you have to figure out where the character is, where the car in relation to your character, and where the camera is. Then you have to program sound to trigger in a certain way, under a certain set of conditions. Its enough to make your head explode (in real life lol), but if you can do it, there are a lot of indie game companies that will pay you good cash to figure it out for them.

Thanks for that, really interesting! And incredibly complex!