I’m working on an album of 12 tracks, this track in particular has been a bit of a struggle for me but I think I’m getting somewhere now. I did this bounce last night as the studio complex I work out of was closing for the night - I didn’t want to be locked in so I didn’t have time to trim the 20 seconds of silence at the beginning, apologies for that! It’s also not been mastered/louder-ised, so the level will be whatever Soundcloud decides to do with a track that peaks around -6dB.

Listening now I’ve got a few quibbles but I’d love to get some fresh ears on this before I air them as I’ve just been working on it too long!

Hopefully I manage to link this ok…

Something isn’t working with the vocals for me - they seem to be “sitting on top of” the instrumental rather than integrating into it. Particularly at the beginning of the track, the vocal seems to be slightly out of proportion to the instruments. Perhaps it’s just a matter of pulling some low frequencies out of the, or maybe compressing it harder and saturating it a bit. The vocal meshes better at the end with the big gang vocal/choir behind it.

I think the ambience choice on the vocal isn’t working as well as it could either. Possibly a more intimate sound with just some subtle delays to give a sense of space and size would work better at the beginning.

The instrumental feels a tad muddy at times - like there might be a bit of a buildup around 300hz.

Mixing my own voice is tricky, as is being discussed in the eq’ing your own vocals thread.

I’d hit a problem with the whole mix being too dull so I backed off the mix bus compression and brightened stuff up, including the vocals, and I think that’s kinda changed how they’re sitting in the track and how the ambiance is sitting behind them. Thanks for that, I’ll definitely re-visit my settings there.

And it never ceases to amaze me how much compression vocals can need!

Do you think the snare has too much snap vs low end thud?

Do you think the snare has too much snap vs low end thud?

Snares are very much a personal taste thing - I’m going through a stage of liking really fat snares. To me, the snare sound on this is hitting the perfect middle ground between fat and snap.

I feel that some brightness is needed here, a bit of high/mids frequencies overall. The guitars I would like them wider in this type of song.

The main guitar could be brighter also. When the solo starts at 3:00 or so, the drums could be louder and bigger, together with a brighter guitarr

The drums: They get drowned at the loud part of the song. Make them bigger!!

I agree with @ColdRoomStudio about the vox, it still doesn’t sit very well on the rest of the mix. I would compress them more also. Automation of the vox (volume) in this song is needed.

Most of the things I have pointed out are of a matter of taste, so make some tweaks only if you agree

This is all from an hack using earbuds, so take with a grain (or 10) of salt.
I really like the way the song and mix flow, growing and ebbing and climaxing. Feels very well thought out.
The mix feels glued together well, but the vocals have a lot of lower mids and sizzle, but lack mids… They sound muffled when they are forward in the mix. When the instrumentation gets thicker, it masks the low-mids, so it sounds less muffled, but I think the vocal might cut through better with more mid (1-2k?) and maybe a bit of de-essing to tame the sizzly sibilance, which won’t be needed to cut through so much once the mids are brought up.

Haven’t done much bashing but to me the vocals are a bit low and get hid in the music.

Certainly if you compare it to Elton John or Billy Joel songs, that’s up front vocals!

You can hear the vocals on a good sound system, sounds fine.

I think you would have a hard time hearing them on a car radio.

I think you would have a hard time hearing them on a car radio.

I’ll tell you what, I would LOVE to be struggling to hear my vocals in the car while my song is played on the radio. I’d live with that problem!

I did a mix of this over christmas that I felt was pretty solid, but I realised when it was finished that I’d gone for a very dark and dense sound overall - big boosts in the low end of the vocals, extra 300Hz on the guitars, generally balancing the mix to be very forward from 500Hz to about 2k. So it sounded fine over my studio monitors at healthy volume, but when I played it back on smaller speakers it just sounded dull compared to everything else, to the point that I thought a 6dB boost at 10k+ and a 3dB cut at 1.5k wasn’t too much while referencing some commercial releases!

So, I revised the mix - made the overheads louder and brighter, brought the snare underside mic up a bit and made some tweaks to the snare EQ, boosted the treble in the vocal, cut out some low- and mid- mids from the guitars and boosted them a bit higher up, and re-balanced my drum and mix bus EQ settings.

And the mix got brighter, but worse, which is what you can hear in my first post. Just by making those changes, I’ve broken some things that DID work in my dark mix - most especially the vocals which now aren’t sitting right, but also I don’t like the way the top end of the drums is meshing with the vocals and guitars. I guess all the processing, panning, and balance decisions I made were predicated on having it all fitting together in an overly dark way.

So, last night I scrapped it and started again. Hopefully finished tomorrow. I’ve dialed the treble trim pot on my monitors back 2dB and though I hate the concept, I’ve stuck Voxengo’s Span on the master for a sanity check every now and then while I mix, just to make sure I’m not actually shooting for dark and murky!

In the Chorus, I’m wondering if there is some phase ,
Guitars on the sides sound good if not playing together. Once they play like rhythms, loses lower end and pokes the upper mids. Might be an eq move for intended intenstiy
I’m feeling it lost a bit of body…

I see you are redoing it, and thought I would mention the phase I “might” be hearing,

And another mention, I personally would “love” to give a go at mixing it…
I’m not vested (yet, lol) and from things learned, sometimes it is what helps make the song what you want,
I mean this in compliment of how much I like the song,

I am so anxious to hear the revisited mix,.
all in good time,

I’ll mark this so I can follow this thread, lol,

Have a blast and nice to meet you

Oh, and one more idea, try mixing at around 74db or lower, I know quiet for some but makes me mix better, (MAYBE, LOL)

I check it loud, but definitely mix low,
Not always, but more than not, if it sounds good low, it will sound better loud,
crank it once in a while to see if it holds true,

@TheRocker thanks very much for that!

Yes, the chorus guitars, I think I’ve actually not recorded the right tone! In terms of the arrangement too they’re a weak spot. The chorus needs to EXPLODE and in this mix the left and right rhythm guitars are a bit thin, like you describe.

I might record the guitars again, get a bigger, greasier, chunkier sound, and also try to find a more interesting guitar part than just the chords…

The song is fine, I wouldn’t change the chords at all,
It helps, heck it makes, the dynamic melody changes of the song,
When I like a song on first listen, it’s a keeper,
They might need the reverse EQ thing on each side on the bus of the guitars,
Or cut the harmonic frequencies differently on each side, lol, just a thought, lol,

One idea listening again,
@ 3:24 play Johnson style, lower octave, not a pedal, lol,
would build on the previous bars, to the awesome change coming up,

Looks like you already have a bunch of good advice, so I’ll just look forward to the rev! Good luck Josh!

Personally I’m much much happier with this. Thanks all!

Daaaaaamn. This. Kicks. ASS. Great stuff from start to finish. I would not change a thing. 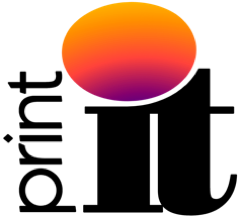 Personally I’m much much happier with this. Thanks all!

Aww yeah! That’s what I’m talkin’ 'bout! - This ROCKS - vocals sound superb - really up-front and clear, but totally nested in the mix. I love the long-term dynamic “build” of the arrangement - superb!

Nice song. sounds very much like foreigner both vox and guitar (both excellent) congrats

Nice! Reminds me a bit of Iron Maiden’s or Manowar’s, war shout that made their enemies tremble with fear! Good song!

@Cirrus
Wooh, this is a treat to listen to - Great Stuff!!!
Cool rich build and clarity… I missed the first mix but dived right in to mix 2 and really enjoyed the listen!
:beerbang: