Yeah that is banging. It has a really nice build up that increases the energy of the situation nicely. I love the dry arid vibe you are getting with the synth pad. I think you get the idea… I like it.

I feel thirsty just listening… now where can I find a beer?

Mmm nice and atmospheric… very evocative sounds.
I’m only able to listen via my laptop at the moment and found the entry Tabla a little dry at first in that I was only getting the hit and no depth in contrast to the rich flute sounds - e.g. at .46"
Very likely to be the less-than-optimal playback system but thought I’d mention it as it caught my ear. As things grew in the arrangement, it was no longer an issue.
Really nice and moody… enjoyed!

This is really cool. I like how that resting note that you go back to often in the beginning only makes a few shorter appearances after the start. Not sure if that makes sense but it would have become monotonous if you had not, but the shorter notes are a nice nod to that intro.
My only criticism is that it felt like it just stopped rather than ‘finished’. It just needs a nice trailing note to round it off.
Very cool (or…hot?) stuff!

I think it sounds good. I think the only thing I would change is to take out some of the grit from the bamboo flutes. It sounds like it’s very closely mic’d. I can almost feel the spit bouncing of the mic diaphragm. I think you could take off some of the high end without sacrificing the tone of the flute.

Very nice how you defined a mood and setting ( and thirst could be a symbol of many things ) with simple tools and a short time. Not easy to do.

It is closely mic’ed indeed. Intentionally to record the abrasive wind rattling the bamboo.

I was going to say that I love the bamboo flutes! I often don’t like wind instruments like flutes because they’re too smooth and clean. I love the grit. Listen to Ian Anderson (Jethro Tull) mistreat his flute to make it rock 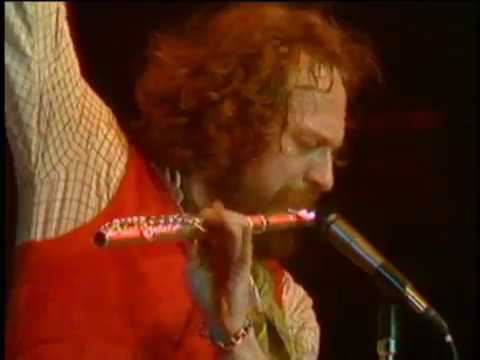 This track does a good job of setting the scene.
Actually, my first instrument was a bamboo flute. I was 7 or maybe 8 years old. Had to make the flute myself first, then had one lesson on how to play it. I still have it somewhere, but the bamboo’s split open. Love the sound a lot more than any recorder!

big fan of Ian Anderson. Acres wild was the track that got me into flutes. I started classical training and the classical teachers (the ones I trained with) despised Ian’s technique of overblowing and called it a " no-no " in the flute world. I didnt quite agree with them then, and dont now. Overblowing has become quite the classical defiant genre these days. Many Jazz improv professionala purposefully have a flute keyed to 443 Hz as opposed to concert pitch for that slight offkey “trendy” overblowing.

Hey, very nice piece of music, it sounds very good to me and has that soundtrack feel that work pretty.
Is this something that designed for a particular video or just for the pleasure of writing music?
At first, there is some rumbling very low in the background (synth pad) I found odd since I didn’t understand its purpose: an ambiance (I wish it would be more obvious or has some movements during the song, like wind would do), a drone (it should be more obvious then), a signature sound (dunno it supposes to mean), something else… In the middle of the song, I hit pause to see if it’s something coming from my side…
The second thing I’m not sure, the flute playing, and as a flute player, I suppose it’s not coming from a sample library. But being the main actor in this song I wish there is more “life” in the first part, like vibrato (like 1:05), or breathing.

By the way, very nice writing and recording, as usual!

Is this something that designed for a particular video or just for the pleasure of writing music?

It is for a documentary for a friend.
The sound in the background is for subtle ambiance.
And good feedback on the flute playing. Its a piece I had written a long time ago, that fit the theme and I decided to use it. They were from multiple takes. I am still learning the bamboo flute technique and vibrato is hard to do on heavy bamboo flutes for me. Though still possible I can barely do the pitch bends

I am still learning the bamboo flute technique and vibrato is hard to do on heavy bamboo flutes for me. Though still possible I can barely do the pitch bends

So, congrats for the performance, it sounds as you mastered it long time ago…

Sounds really good to me! I like the atmosphere of the whole thing. The only thing that grabbed my attention in a negative way, was the abrupt ending. I would have rather heard that plane landing a little more slowly and gently.

I love using these kind of Arabic sounding scales when soloing and sitting around diddling on my guitar. Really fun to play on the guitar and they’re very moody!

FluteCafe,
Your song sounds good to me! It definitely sets a mood. I’m sure it would work best with something visual, such as the documentary you mentioned. Or not a documentary.

I don’t play the flute so I can’t comment on playing technique. I play harmonica once in a blue moon; it is tricky to bend notes with the harmonica. I would describe it, but it might sound vulgar. Not sure if a similar technique is used with a flute.

Aef/FluteCafe,
In a recent (maybe the latest) issue of Prog magazine, there was an amusing article about Jethro Tull winning a Grammy for Best Heavy Metal record (or similar). After they got the Grammy, Jethro Tull’s record company had an advertisement saying the flute is a heavy metal instrument, as kind of a joke.