Ella Belfanti writes alternative music from the heart with complexity, interesting structures, and depth. Influenced by a broad range of artists including Of Monsters and Men, Katie Noonan, The Cat Empire, Ed Sheeran, and John Butler Trio, Ella has been singing since she was a young child and writing songs since she was 13.

Ella’s debut EP Going in Circles features six original songs, with all instrumental and vocal parts entirely performed by her. Ella’s songs have a unique sound crafted from layering of vocals and guitar, as well as bass, bongos, cajon, flute, and sounds made from found objects.

The EP is also self-recorded and produced, and the album cover is designed by Ella as well. 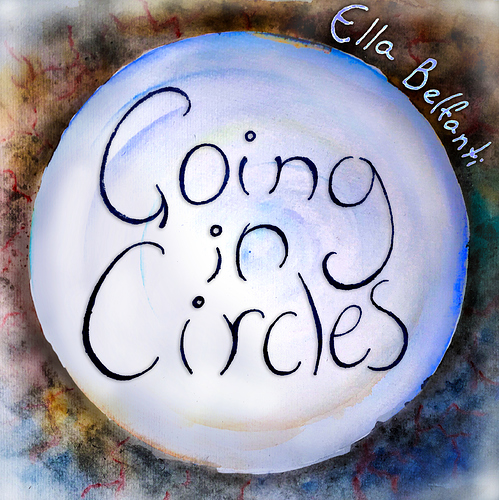 Ella came 1st in HSC Music 1 at Newtown High School of the Performing Arts in 2016.

Ella has played at the Gasoline Pony, Newtown Festival, at various Marrickville Council Youth events, at various school events, and busked from a young age.

At age 14, her song ‘Popular’, which she entered into Triple J Unearthed High 2013, was played on radio station VALLEY FM 89.5.

From ages 9-11 Ella performed as Catarotti, an opera-singing jazz cat, for the children’s band the Skat Kats led by jazz entertainer George Washingmachine. The band played various gigs around Sydney, recorded a CD, and performed with infamous neurosurgeon Charlie Teo to raise funds for his Cure Brain Cancer organisation

Hi @EllaBelfanti,
Welcome to the forum. I listened to some of your songs on bandcamp and there is a lovely lilting quality to your vocals. It would be great if you were planning on participating in the forum, self-producing females are a rare breed… and this is a great place to learn new techniques and hone up audio skills.

Welcome Ella - good to have another fellow Aussie here.

Hey Ella! Thanks for joining us! Looking forward to hearing about upcoming projects and reading what you’re up to. Have fun!!!

Welcome to the forum. I had a listen to your music and it is sounding nice. If you are going to continue to do your own recording and mixing then take advantage of the bash this section. It is a valuable learning tool.

Hi Ella,
Welcome to the forum! I hope we hear some more from you (first person preferably

). I’m intrigued by your circular theme. I would not be surprized if you have a completely different idea with ‘going in circles’ than I do (it comes back in one or two of my songs), but I’m interested in any case!

Welcome! @EllaBelfanti ! to the best damn audio community around.

m24p welcomes you to the forum!

@EllaBelfanti, did you record this at home then? Or how was the process?

I recorded it at home, yes. I’ve got a 2-line input M-Audio box that I plug into my laptop via USB, and all the songs are recorded by pointing my mic (I’ve only got one) at something, or through the guitar input. A lot of the percussion was done by hitting my guitar’s body in various ways for example. Other percussion was pointing my mic at bongos or a cajon, and I used sounds like smacking old pencils together and scraping my nails down cane baskets too (noises from found objects, recorded with the mic). Then it’s all just mixed on Garageband.

@EllaBelfanti
Ahh yay, great to hear that you are a real person and not just a promotion

I highly recommend using the ‘bash’ section here for getting critical support with mixing… there are some great helpful ears around and about. It’s kinda addictive once you start playing with sound fx and experimenting with the various ways to maximise quality with the gear that you have.

Hi Aef - the ‘Going in Circles’ theme basically refers to the back-and-forth nature of my experience with someone, and all the songs on the EP more or less explore a different element of that back-and-forth. I’ll write in first person next time - just getting the hang of how this forum works and all

How do yours songs use the circles theme?

Glad you found us.

I took up Emma’s advice and had a listen on Bandcamp. And liked what I heard! There’s some good song writing there and original use of percussion. I like your vocal harmonies as well. And I get what you’re saying about going in circles

To me all things circular have been a life long fascination: from when I was a biology student in the 70’s when I found that in nature everything goes round in circles, from the molecular level all the way to planetary systems. My work now involves what people these days call ‘circular economy’. So its a big part of my life. And the theme tends to find its way into my songs as well. Here’s a recent example (“Only way to go”):

An other song of mine (“Every Tree”) is up for bashing right now, so if you want to give a try, you are more than welcome!