Doing a live feed with audio off a mixer - any tips?

Hello all and Happy New Year!

We did a webcast earlier via a bandmates’ iPhone when Youtube allowed these last year and while sound wasn’t bad it was a bit subpar.

We do have 2 audio mixers and enough mics at our practice room so wondering if that can be somehow setup via an iPhone as camera and live audio fed into it.

Has anyone done this and can you recommend a way to do it?
I need tips on how to do the audio and what to do with the sound.
Tips on where I can do the podcast would be helpful as well.

Not balking at some new equipment if needed. At the time we have several modern PCs that can run sound, several audio interfaces, stereo up to 16 channel (all USB), USB cam from old PC, iPhone (latest and one gen. older), Android phones, semi professional camera/video recorder that does good video.

For broadcast, I do a 2 way Dante split at the front of house into a pair of digital mixers (one FOH and one broadcast), then place digital limiters and lufs meters on the 2 bus (or 6 bus in my case) of the broadcast mixer. This make sure the audio output conforms to the live streaming platform specs. What’s how I stream to FB, youtube, and cable TV etc all at the same time from one source.

To scale this model down, what you want is 4/5 iPhones sync’d to a switcher, then the audio feed from the bands mixer hits the input of the switcher directly, and then the SWITCHER is what streams from a desktop computer platform, not your phones. That’s your high level signal flow. Your phones are basically just cameras.

Let’s say just one iPhone. Our room ah no internet so we need to tether to iPhone. Looking for simple one cam, one audio source setup.

Looking for simple one cam, one audio source setup.

Or then there’s the Omicron 5G Booster technology, it went around the world in just a few days, so it must have superior genetic programming. Compliments of Klaus Schwab’s School for Covid Dictators.

Haha, Stan - maybe the boosted can all sync up directly

Need a proof of concept first.

That IK gear might do, thanks for the suggestion.

What about sites that can do this? I remember FB did but now it’s limited, Youtube - you have to have over certain amount of followers which we don’t (1k?)…so where do we do it?

maybe the boosted can all sync up directly

There’s no audience like an AI Borg collective sync’d up to your hive mind broadcast. They have no where else to be, do they?

Youtube - you have to have over certain amount of followers which we don’t (1k?)

Not to live stream AFAIK. I have seen YT live streams with minimal views/viewers. I think the 1k is for ad revenue or something, but not needed just to broadcast. Maybe Twitch or other platforms would work. I don’t think there’s a limit to your possible outlets, but you may have to look around to find them.

You need 1k followers to stream on YT. Looks like Facebook is back to longer limits so that might work.
The Borg collective of fans is on there anyway

We’ll start with iPhone with audio interface and live mix into a 24 track mixer that we have submixed into stereo. If that doesn’t work can try a few cams and OBS, might take a while to learn it but looks like in OBS you can use VST audio filters too so I can add a mastering chain to make it better.

You need 1k followers to stream on YT.

Not so fast there Buckaroo.

Check out these links. Looks like you can work around that with 3rd party apps.
.

Find out how to live stream to YouTube with your phone without having 1K subscribers. Plus tips on how to get more subscribers to your channel!

Do you need 1000 subscribers to Live Stream on YouTube? - Manchester Video...

[SOLVED] Stream to YouTube Live from Mobile Without 1000 Subscribers - OTTVerse

Learn how to stream to YouTube Live from a mobile phone without the mandatory 1000 subscribers to our channel - using the StreamLabs OBS app on iOS and Android.

Thanks man, appreciate the help.

You’re welcome. Please keep us updated on how your experiments work and what results you get. It may be the wave of the future for musicians. At least until they try to corral all of us into Schmuckerberg’s Metaperverse.

yeah, a part of me almost wants to go big and get all the pro gear for it, possibly even open a biz doing it but personally, on the other hand, I just never cared that much about video

We’ll play around with our bud’s new iPhone and audio interface and if it looks good, we’ll go from there.

Please keep us updated on how your experiments work and what results you get.

Will get back to this eventually. Slaved my Panasonic cam to the PC and that looks good, drummer all miked up, so just a matter of taking a stereo feed from our next practice. We could do that for our new song premiere, in maybe about a month. I’ll post it on here if it happens.

people are hungry for live music

Thanks for the update! I haven’t been paying much attention to live music, though I read the other day that Foo Fighters were supposed to play Bogotá, Colombia … and they lost Taylor Hawkins to some kind of “chest pain”. RIP Taylor Hawkins. I’m surprised that musicians and sports figures and celebrities have to be the “canary in the coal mine”, but apparently that’s what the world has come to. I thought we were done with the “hall pass” when we graduated high school. But some authorities still want to control you and what you do, no matter where you go. I think George Carlin said “always question authority.” I guess some people didn’t remember his prophetic words.

Ritchie Faulkner’s heart literally blew a gasket while onstage…the guy is a trooper, didn’t miss a note, finished his solo and then collapsed. Taylor just partook a bit too much of the marching powder from what some sources have revealed. Both, of course, had taken the experimental treatment.

Back on topic - the Panasonic cam is not going to work so looking into getting some cheap cams or maybe even trying two usb cams under $100 to see if it will work well enough.

Ritchie Faulkner’s heart literally blew a gasket while onstage…the guy is a trooper, didn’t miss a note, finished his solo and then collapsed. Taylor just partook a bit too much of the marching powder from what some sources have revealed. Both, of course, had taken the experimental treatment.

Ritchie seemed to recover after 10 hours of heart surgery. He may still be in recovery, haven’t heard much about it, other than he plays guitar daily last I read. I thought it very questionable that toxicology info came out on Taylor the next day, when they always tell the public that will take 2-3 weeks … and I haven’t heard much else on that situation either. But I guess it’s possible, as they were playing Colombia …

Back on topic - the Panasonic cam is not going to work so looking into getting some cheap cams or maybe even trying two usb cams under $100 to see if it will work well enough.

I guess it’s a challenge on a budget. Lots of musicians have live-streamed over the last 2 years and more, but I think they usually have some pricey gear to make it work well. I’m still interested in what you come up with, but it’s good to know live performances at venues are coming back.

Hi!!!
Have you guys heard of “Sessions Live”.
Check this “live” streaming.
This might work for you.
You will have to “join”, and download OBS, but you can stream live anytime, and they have shows you can perform on as well!
Mixer and USB interface into a computer is all you need.
Good luck.
Rene

I’d imagine a camera as well?

Thanks for the tip - I’ll check it out, sounds interesting.

I had friends that went to a wedding in Colombia…they couldn’t keep their noses clean, pure and super cheap…one even had to empty his pockets at the airport restrooom before check-in as he apparently wasn’t throwing away the good stuff

So, knowing this, I wouldn’t be surprised that Taylor might’ve overindulged.

Got a new cam (Fuji) that supposedly has 30mins and then moves on to the next video, but so far it seems that it overheats.

It has a mic/line in 1/8 stereo input and I have one mic that I have yet to try. Built in mic is very good from what I’ve heard so far.

I am enjoying photography again though…so might just have to get a dedicated cam if this doesn’t work out. 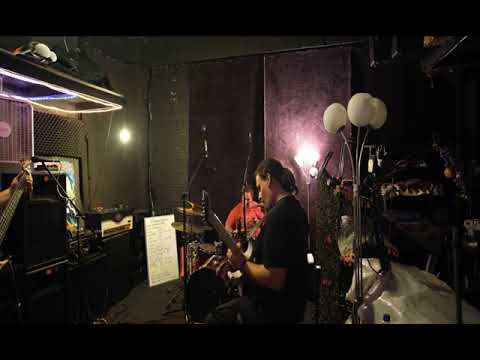 Audio is from the mic but I’ll just probably mix it in from the DAW and sync up unless it is live broadcast, then I’ll have to use broadcasting software and mix on analog mixer in real time.