Does anyone have a cheap as crap condenser mic you can sell for $20?

I need a talkback mic…does anyone have a super sucky condenser they don’t need and can sell me dirt cheap?

I need it off to the side of the room, and the SM57 I’m using at the moment doesn’t quite have enough range. Lemmie know if you have some piece of junk you’d like to unload.

just use one of these. They lack a bit of low end, but you can boost it and it will sound as good as any $100 mic.

Find many great new & used options and get the best deals for Neewer Cardioid Condenser Broadcasting & Recording Microphone Kit Includes at the best online prices at eBay! Free shipping for many products!

Or doe you need it to be a stick mic?

I just got laid off, so how about I stand in the studio and scream everything everyone is saying to you? I’m a useless piece of junk, and you could pay me $20 or at least enough for Ramen Noodles and a toothbrush. I’ll walk to South Carolina.

Try one of these, I’ve heard they are no better than an SM57…

Try one of these, I’ve heard they are no better than an SM57…

Eddie Kramer (at Nashville workshop): “last but not least, what mic would you put on a hi-hat?” Someone yells out C12!

Hey Boz. I just ordered one.

Or doe you need it to be a stick mic? 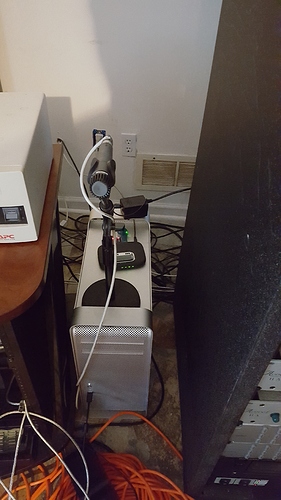 Nah. If its somewhere in the room we’re good.

Lol…funny story…I asked a producer for quick hand setting it up before the session, because I had to run the cable behind a wall. The mic is on the far wall off to the left of the console. It was hilarious to watch him hit the talkback button on the board and lean into the center section of the mixer when he talked. Every time he did it I was like “Hey dude, the mic’s over there…remember?”