Dear Sweetwater, have you guys lost your minds? 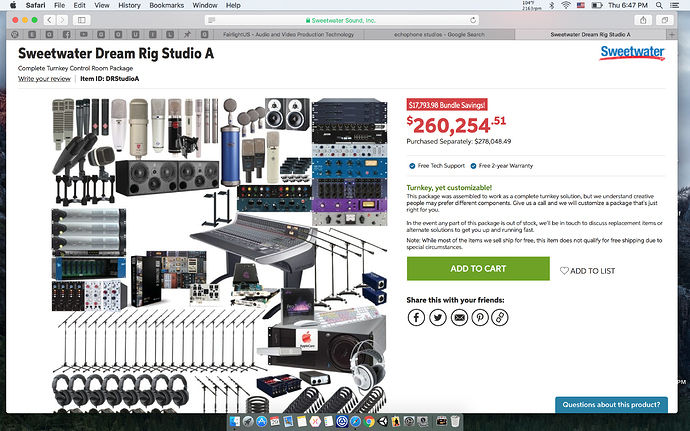 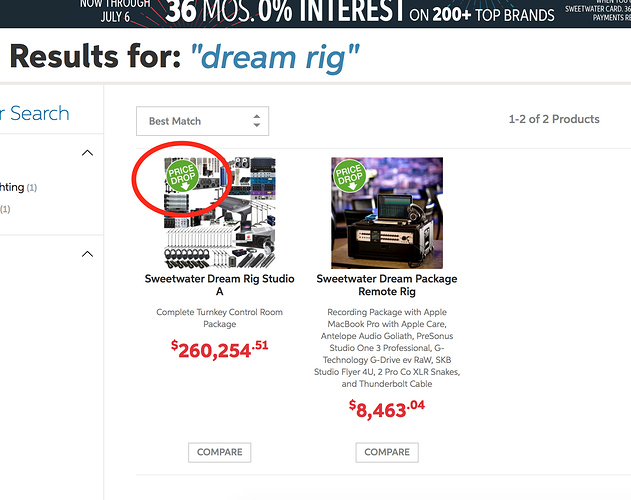 You know, 'cause it’s common for folks to decide “hey! I’d like to start recording and I have nothing. Maybe I’ll start with the quarter million dollar rig!”

Ha ha Good sense of humor from the company. The sales guy Ian is a very nice dude.

Can’t wait to hear the productions you do with that kit.

Ha ha Good sense of humor from the company.

Yeah! Its a joke!

112 channels via Madi protocol, with NO ANALOG TO MADI CONVERTER!! Which also means they forgot to include a 96 point DB25 patchbay! Omg. Imagine someone getting that stuff, and realizing 64 channels of their i/o is dead in the water. Also, those Avid HD i/os don’t come with DB25 to XLR fantail adapters. You need 24 of them and they’re $50-80 each.

Also! They give you that rack gear and don’t think to include a rack? Nice of them to include 7 surge protectors though lol.

There’s also no snake or patch panels, and the UAD Ultimate 4 bundle does NOT enough plugins to mix a record without making an upgrade to the UAD everything package.

I would actually be really really sad to see someone buy this. I’d wish them the best of luck, and I would be happy for them, I guess, but I’d damn near cry over how poorly that $260K was invested.

I want to see what the return on investment will be.