I received a message from Steinberg stating that Cubase 9 Elements is now available. I’ve had Cubase LE5 forever. Maybe now is the time to upgrade since I’ve partitioned my Mac and now have a Sierra installation. Any comments from you fine folks?

Hey, I really like how the URL throws up a preview.

I’m still a Pro Tools guy, but I plan to give Cubase another try this year. It’d be good for me to have a handle on both

Well, for what it’s worth: I’m using Cubase Pro 8.5 and I’m not quite sure I will update any time soon.

I was happy up until 7.5, and then moved to 8 and experienced a few annoying bugs and moved to 8.5 to see if that was going to be fixed but didn’t. Some minor things, but also some stability issues, the last project I did was quite big but I had quite a few crashes with it, not good!
It looks like 9 is adding some more features that I’m not sure I want (apart from the history in the mixing console that would be really nice to have, and then there’s this plugin sentinel that could help stability), but it doesn’t look like they’ve worked out the bugs from what I see on their forum…

Some of the features from 7/7.5 I could not live without now though, like the chord track, the arranger track, the control room, vari-audio, track versions, and a few other things. But since 7.5 there had been nothing ground-breaking…

Still from v5 and update to v9 would be a huge improvement in terms of workflow.
The good news is that you can still work in v5 and even revert to v5 for projects created with v9 if there’s any issue. Downward compatibility has always been a big thing in Cubase.

So perhaps wait for a few minor versions before updating, to let them iron out a few bugs?
That’s probably what I’ll do.

So perhaps wait for a few minor versions before updating, to let them iron out a few bugs? That’s probably what I’ll do.

Good idea, @ptalbot. Thanks for the details about your “adventures” in upgrading.

That’s a good discussion on its own! For me, I’m totally content with Pro Tools 10/11 and now I’ve fallen behind. If we’re fine with the features we have, is there really a lot of value to be had in keeping current? Unless I’m doing this gig full time and sharing files between clients, I’d have a hard time justifying the upgrade. What are we really gaining these days by ‘upgrading’?

What are we really gaining these days by ‘upgrading’?

For me personally, it’s just the move to MacOS Sierra. I haven’t dug deeper yet but I’d be willing to guess that Elements 9 is 64-bit. I know that LE5 is only 32-bit. I’m just looking at using my system as efficiently as possible.

That makes sense for Cubase, but PT went 64-bit at 11 I believe. You do run the risk of falling behind on OS upgrades because these companies will drop support. I’m guessing that’s quite intentional.

Yeah. It sure gets in the way of getting actual work done. ha!

ive been using Cubase since 5 and I’m currently using 8.5. I haven’t had any issues with Cubase 8.5, most seem to be from third party plugins causing crashes. Its by far my favorite version, but I’m not planning to upgrade anytime soon. I’m currently on windows 7/64 and when I finish the last album I’m currently working on I’m going to upgrade to Windows 10… I agree going from 5 to 8.5 will be huge, but the little I have dabbled with reaper it seems more than capable of doing the job unless you are really looking for a specific thing that Cubase has. I’m not sure exactly what the differences are between elements and the pro version and what you really need. To be honest I’m not a super fan of Cubase I just know it well enough that I haven’t wanted to change, and while Reaper is fully capable there are some things I use in Cubase a lot that when I have gone to other DAWs to use, either they don’t have it or it is awkward/cumbersome to get to. For instance, ive watched some videos with protools and you have to do like 5 things or create a macro that takes a click to do in Cubase.

I’m very familiar with the Cubase workflow. I will probably get Elements since it’s 64-bit and I won’t have to learn the Reaper differences. I’m lazy like that.

This link shows which things Pro does that Elements can’t. For the basic stuff I do, Elements is more than enough.

What is new in Cubase 9

Ground-breaking new features, streamlined workflows and stunning new plug-ins — the latest update enhances your favorite digital audio workstation in every direction and underlines Cubase’s claim of being the most complete DAW available. 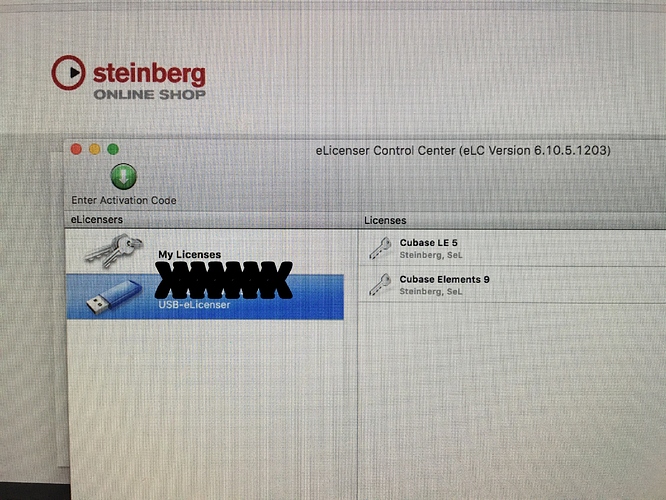 I pulled the trigger. I had a license for both LE5 and LE6 but I never used 6 because it kept crashing so I hung on to the LE5 license since it’s still on my old partition. lol

Keep us posted! I’m curious to find out what you like/dislike

Will do. It will be a week or so before I work on anything. I have a marketing paper to finish up and turn in for my MBA class.

I’m using Cubase Pro 9. I started with 4 and upgraded regularly, Not that I’ve gotten much better at recording but mostly to keep up with the support service. I know my rep on a first name basis & vise versa for all the issues I was calling in, Great tech. went out of his way to help. All my problems came from a faulty interface. So I can’t say if it was the software.
I find it easier to upgrade for the cost, as you wait the cost increases, I’m keeping the same setup as I had with Cubase 7. I use three monitors and I can spread the screens around. I’m thinking of going to 4 monitors in the near future that will give me more room to see. In reality I’m not using more than 5% of the software’s potential, but that evolves as you work it. I’m better at recording now than when I first began. Becoming involved with this forum I’m sure my skill level will only improve.